Accessibility links
The Stories: Why 'Big Tex' Matters : The Two-Way The 52-foot cowboy icon that burnt down today, was the spark that ignited a 52-year marriage. 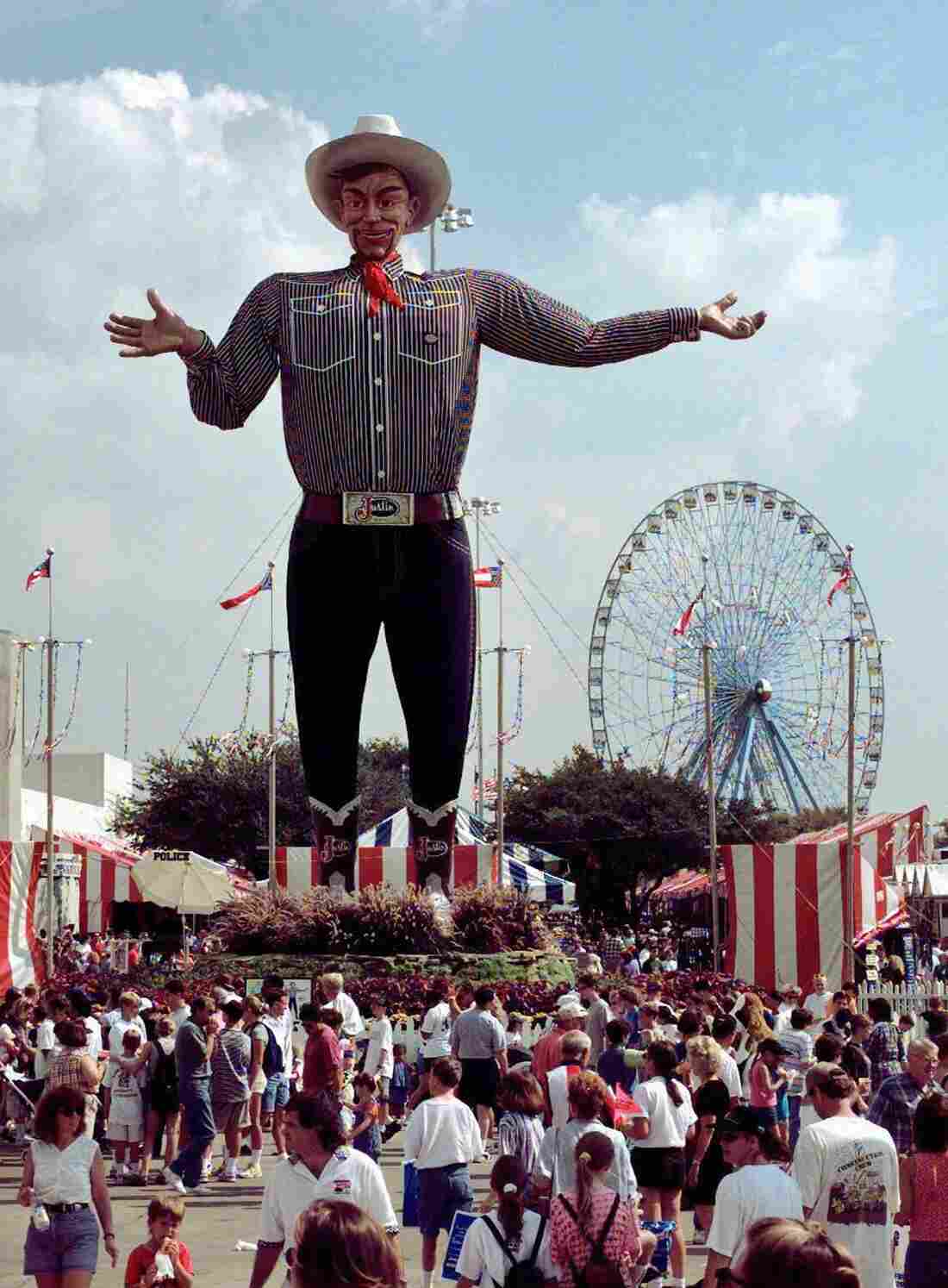 Big Tex watches over the crowd at one end of the State Fair of Texas midway in 1997, in Dallas. Bill Janscha /AP hide caption 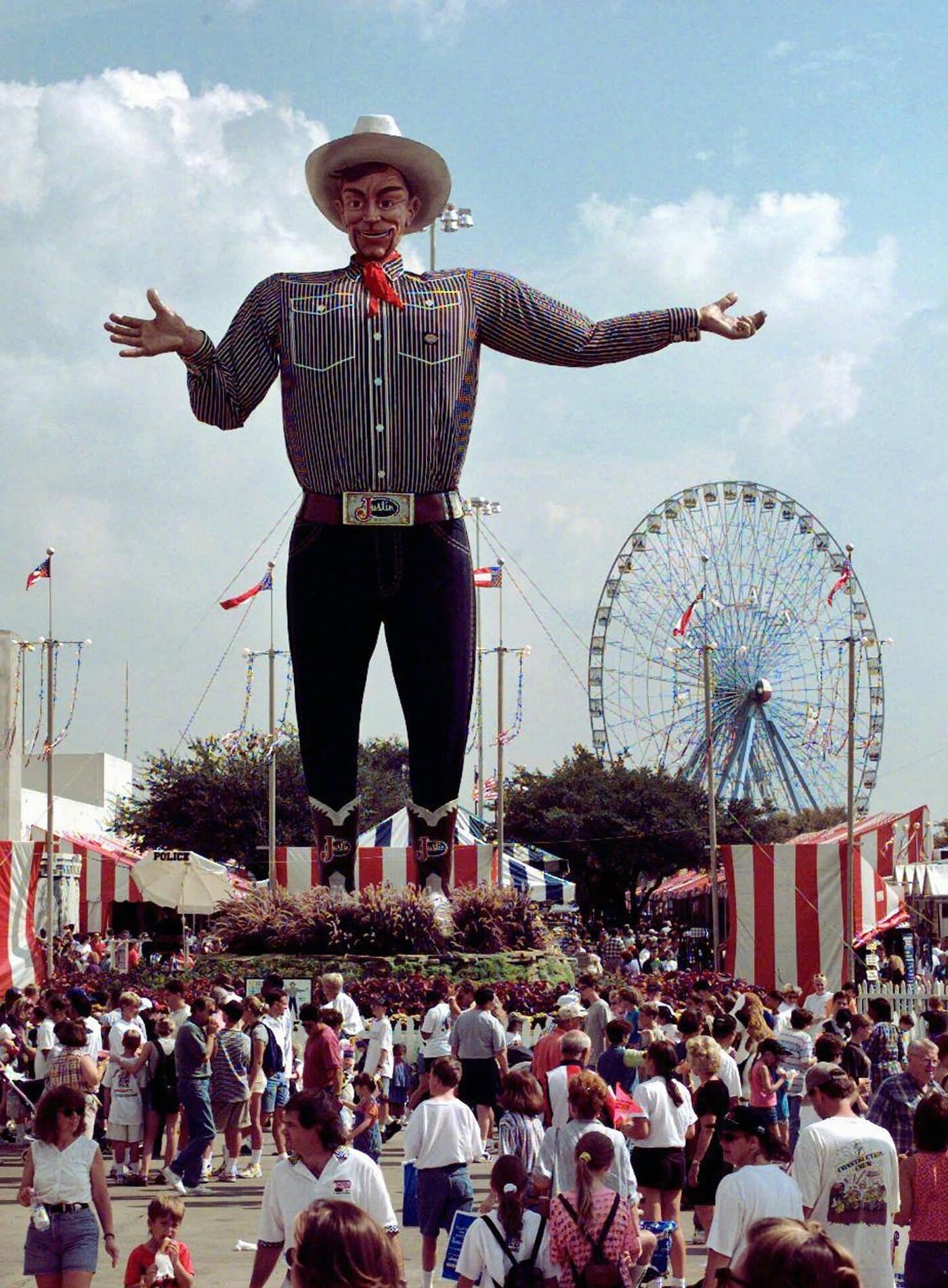 Big Tex watches over the crowd at one end of the State Fair of Texas midway in 1997, in Dallas.

Many have had good fun at the expense of Big Tex, the 52-foot cowboy that burnt down in Dallas today.

But Big Tex was an institution, an icon of the State Fair of Texas, as big and bold as the great state itself.

NPR's John Burnett, a Dallas native, remembered him on All Things Considered today. He told this story:

"Big Tex was always there when you needed him," he wrote. "In October 1979, I was riding the fair's Swiss Sky Ride when the cable cars started smashing into each other and falling off the cable. One man was killed and more than a dozen were injured. The ride stopped, they evacuated the fairgrounds, and we hung up there for an hour. Then the reassuring voice of Big Tex, actually a Dallas radio announcer, intoned, 'Do not attempt to exit your cable car. Wait for the cherrypicker.'

In the comments section of this blog, Lattie Harding told us an amazing story. He wrote:

"This is a sad day. I remember back in 1960 I was walking down the fair grounds with my girlfriend when Big Tex hollered out to my girlfriend and said 'Hey pretty girl, are you going to marry that guy?'

"I was shocked because I did not know they had a real cowboy with a microphone talking for Big Tex, sort of interacting with the fair going crowd as they walked by.

"Anyway, she told Big Tex that she always wanted to marry me since she was a little girl. Well, I looked at her and saw a tear in her deep blue eyes and I said, 'What the hell woman, let's do it.'

"She was only 16 and I was 18 and we have been married 52 years since that day in 1960. We have so many grandkids I don't know all their names, but who cares, life has been good to us and every year when we walk by Big Tex, I tell him 'God bless you cowboy and thanks for the wonderful wife.'

"I hope they put him back together, his steel frame is still there, just put on some new fiberglass and he will look as good as new."