Accessibility links
Put Off By 'Too Many Mitts,' 'Salt Lake Tribune' Endorses Obama : The Two-Way Utah could give Mitt Romney his largest margin on Election Day, but the state's biggest newspaper is rooting for his rival. The Tribune's editorial board says the Romney it praised for turning around the 2002 Olympics is not the same Romney running for president in 2012.

Put Off By 'Too Many Mitts,' 'Salt Lake Tribune' Endorses Obama

Put Off By 'Too Many Mitts,' 'Salt Lake Tribune' Endorses Obama 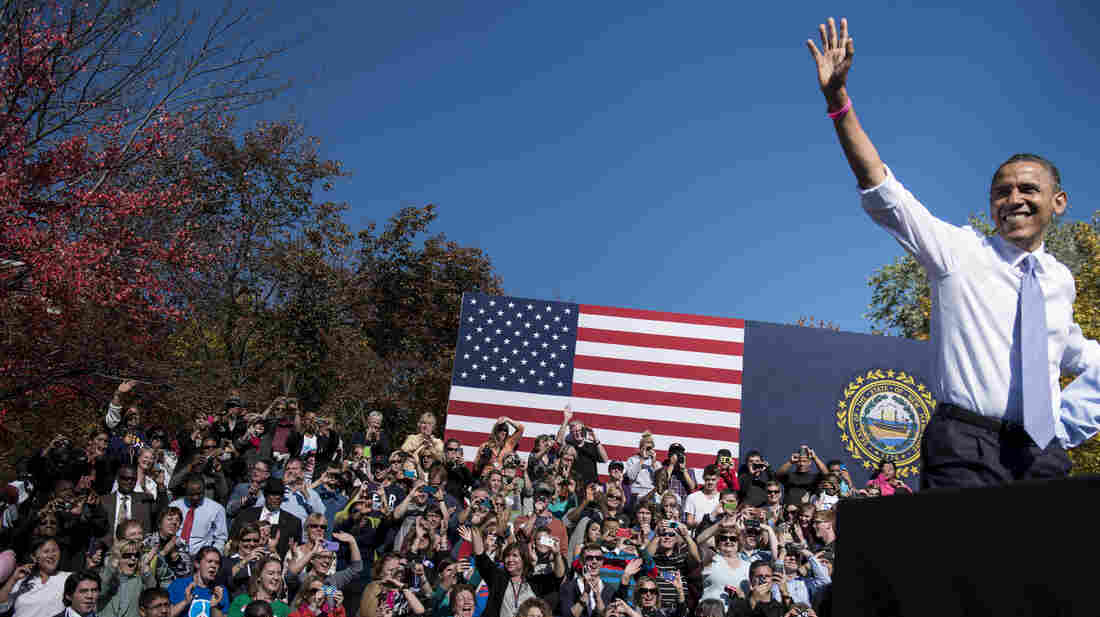 The biggest newspaper in the state likely to give Mitt Romney his biggest margin on Election Day has endorsed Barack Obama for president.

The Salt Lake Tribune's endorsement, which is titled "Too Many Mitts," praises Romney for his "singular role in rescuing Utah's organization of the 2002 Olympics from a cesspool of scandal" and declares him Utah's "favorite adopted son."

But the newspaper's editorial board says the Romney it has gushed over since his 2002 Olympic performance is not the same Romney running for president in 2012.

"As the party's shape-shifting nominee," the Tribune says, "Romney has raised the most frequently asked question of the campaign: 'Who is this guy, really, and what in the world does he truly believe?' "

The endorsement praises Obama as "a competent leader who, against tough odds, has guided the country through catastrophe and set a course that, while rocky, is pointing toward a brighter day."

For more than a century, the Tribune has been perceived as the left-leaning, non-Mormon — sometimes anti-Mormon — daily newspaper in a Democratic city in a Mormon-dominated state.

The Tribune has endorsed Republicans from time to time, but it also endorsed Obama in 2008.

The paper's endorsement "undermines part of Romney's narrative," says David Magleby of the Center for the Study of Elections and Democracy at Brigham Young University, a school owned by the Mormon Church.

"It is potentially damaging to Romney in that the paper always praised his skills in managing the Olympics," Magleby says, "and is now criticizing how those same skills have evolved on the presidential stage."

But Magleby says the endorsement will not change many votes in Utah, where he predicts an Election Day tally of at least 70 percent for Romney.

"It could be the largest margin in any state," he says.

But Kirk Jowers, a long-time Romney adviser and director of the Hinckley Institute of Politics at the University of Utah, says the Tribune "got it wrong."

Jowers says he's known Romney since 1994 and says the Republican nominee "is the same man with the same character and the same values, and he's the same singular force who saved the Olympics."

Romney, Jowers adds, "is the singular force to save the country."

Jowers doesn't believe the endorsement will have any impact inside or outside Utah. The Romney campaign, he says, is more concerned about newspaper endorsements in battleground states such as Florida and Ohio.

The Tribune editorial board says it "had hoped that Romney would exhibit the same talents for organization, pragmatic problem solving and inspired leadership that he displayed here more than a decade ago."

"The president has earned a second term," the endorsement says. "Romney, in whatever guise, does not deserve a first."