Accessibility links
Russell Means, Indian Activist And Actor, Dies : The Two-Way Russell Means was best known for his Hollywood roles and for leading the 1973 armed occupation of the town of Wounded Knee, S.D. One of his last acts, was the formation of a new country called the Republic of Lakotah. 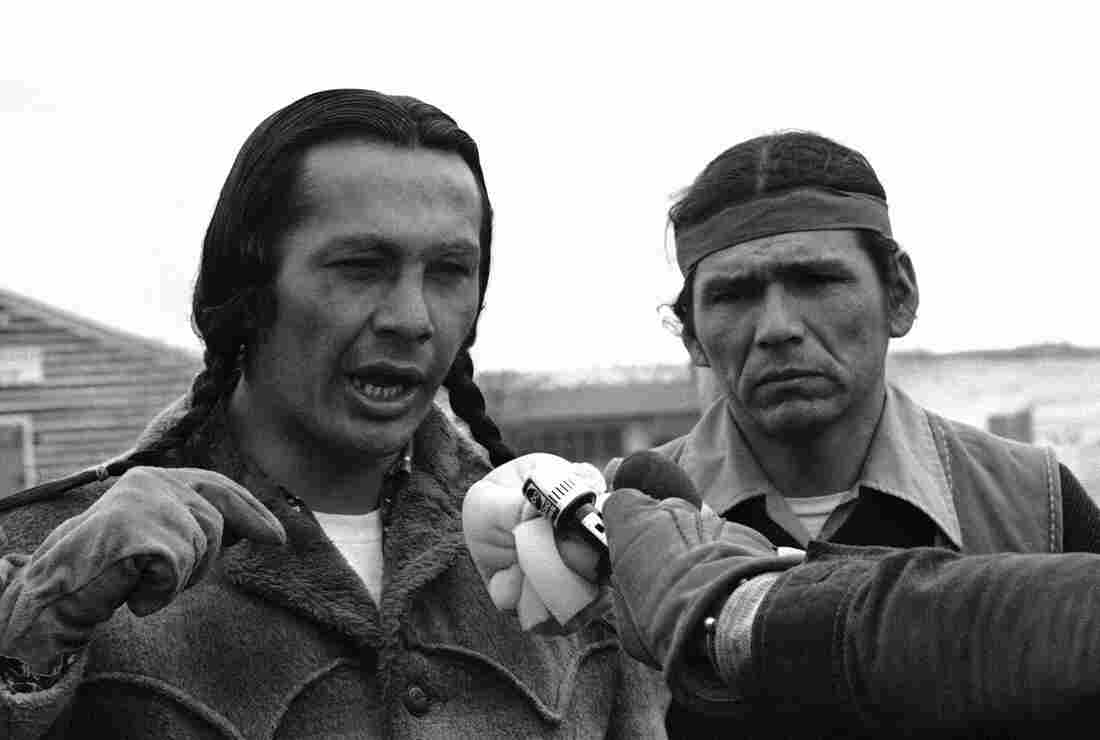 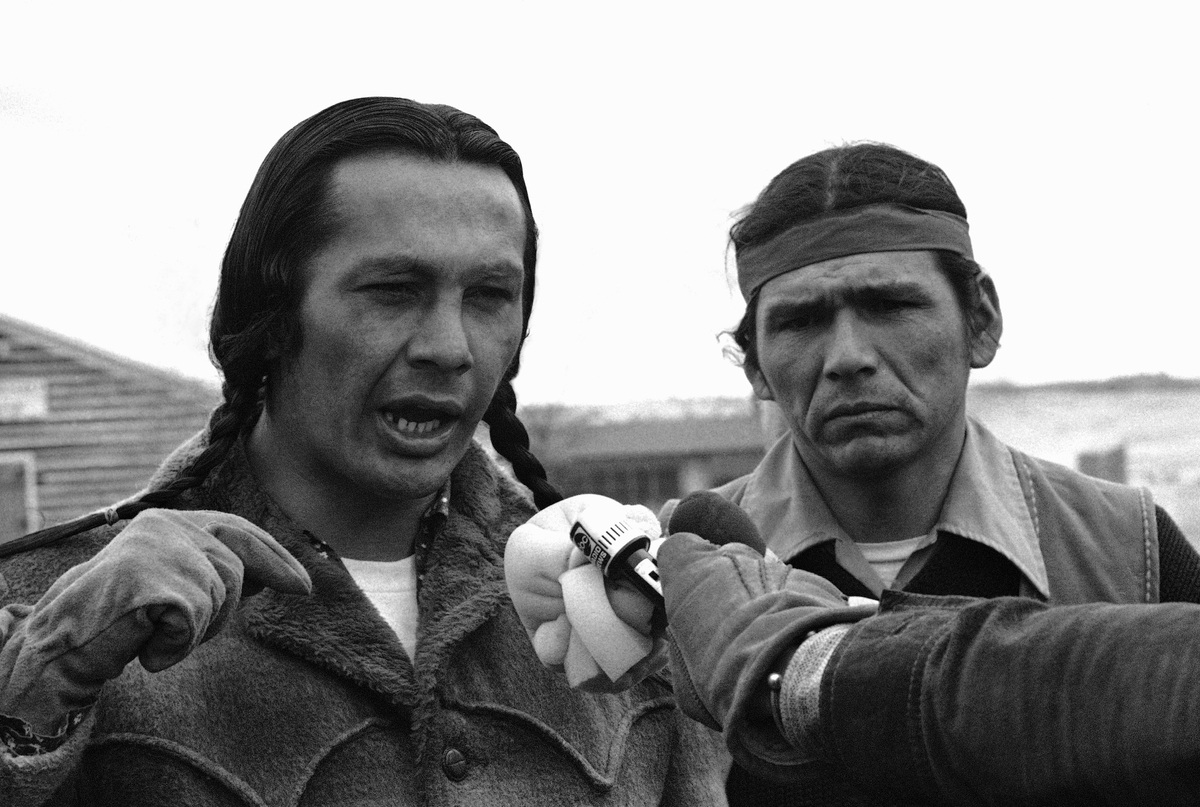 Russell Means, left, talks to media in 1973 in the village of Wounded Knee, South Dakota.

Russell Means, who was best known for his movie roles and his unrelenting and oftentimes controversial protests in favor of Native Americans, died this morning at his ranch in Porcupine, S.D.

Means starred in a number of Hollywood films including the Last of the Mohicans. South Dakota Public Broadcasting's Charles Michael Ray filed this report for our Newscast unit:

"Russell Means led the 1973 armed occupation of the town of Wounded Knee, S.D., that captured the national spotlight. Means saw the event as instrumental in sparking other indigenous uprisings across the western hemisphere.

"'It was Wounded Knee that sparked all of this happening,' Means said. 'My whole purpose is to leave a legacy for the younger people and in fact some of that legacy is paying off already.'

"Means maintained commitment to his activism throughout his Hollywood career. In 2007 he declared independence from the United States and the formation of a new country called the Republic of Lakotah. He died surrounded by his family, on the Pine Ridge Reservation after a battle with cancer."

The New York Times says that Means modeled his protests on what his ancestors did to try to stop the "westward expansion of the American frontier." Means, the Times reports, became as well-known a Native American as Sitting Bull and Crazy Horse.

"But critics, including many Native Americans, called him a tireless self-promoter who capitalized on his angry-rebel notoriety by running quixotic races for the presidency and the governorship of New Mexico, by acting in dozens of movies — notably in the title role of "The Last of the Mohicans" (1992) — and by writing and recording music commercially with Indian warrior and heritage themes.

"He rose to national attention as a leader of the American Indian Movement in 1970 by directing a band of Indian protesters who seized the Mayflower II ship replica at Plymouth, Mass., on Thanksgiving Day. The boisterous confrontation between Indians and costumed "Pilgrims" attracted network television coverage and made Mr. Means an overnight hero to dissident Indians and sympathetic whites."

According to the AP obit, Means credited his organization with bringing Native Americans a sense of pride.

Paul DeMain, publisher of Indian Country Today, told the AP that what Means really did bring those issues media coverage by being the "radical media gorilla."

"If someone needed help, you called on the American Indian Movement and they showed up and caused all kind of ruckus and looked beautiful on a 20-minute clip on TV that night," DeMain told the AP.