Accessibility links
Italy Finds Scientists Guilty Of Manslaughter For 2009 Earthquake Forecast : The Two-Way Responding to unfounded predictions from a local man, scientists said the risks for a big quake were slim. Unfortunately, a bug quake hit shortly thereafter. Some critics said this trial was akin to "a medieval-style attack on science." 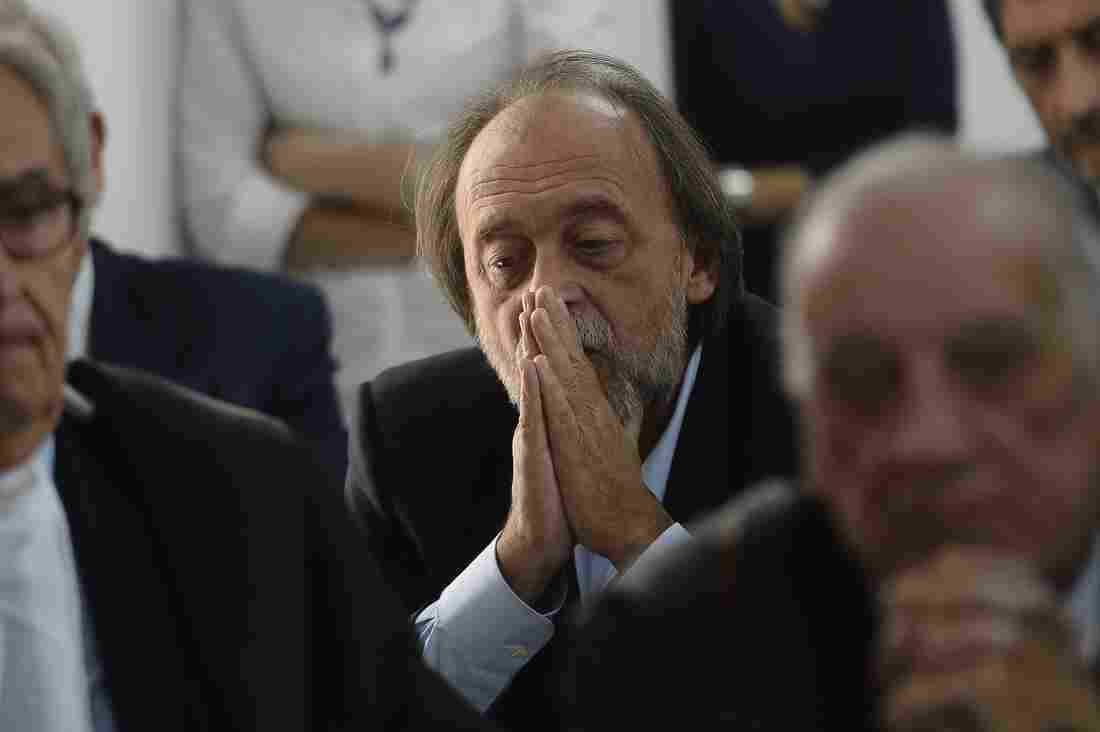 One of the indicted, Bernardo De Bernardinis, who was deputy chief of Italy's Civil Protection Department, reacts during a his trial. Filippo Monteforte /AFP/Getty Images hide caption 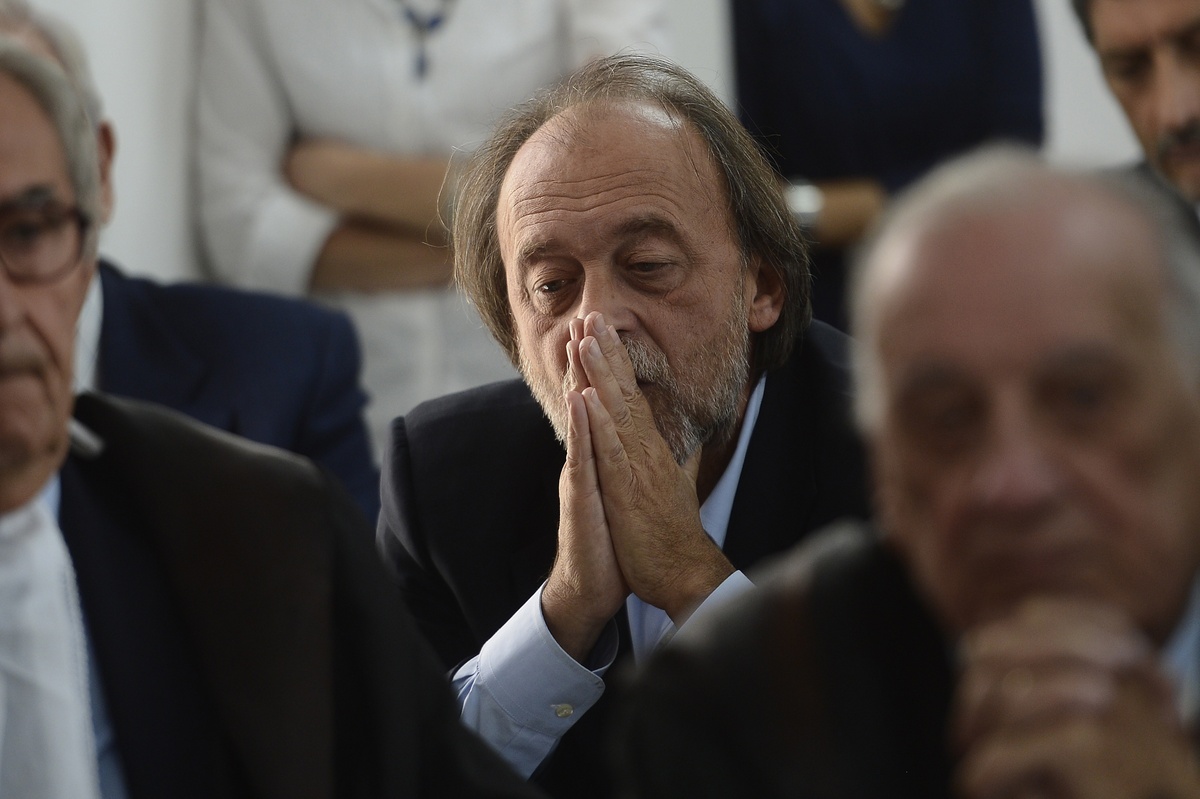 One of the indicted, Bernardo De Bernardinis, who was deputy chief of Italy's Civil Protection Department, reacts during a his trial.

Six Italian scientists have been sentenced to six years in prison for what a judge said was a faulty forecast of the 2009 earthquake in L'Aquila.

The BBC reports that prosecutors said the scientists, who work for the National Commission for the Forecast and Prevention of Major Risks, "gave a falsely reassuring statement before the quake, while the defense maintained there was no way to predict major quakes."

According to NBC News, what happened is that L'Aquila had been feeling tremors in late March. One local man, who was not a scientist, made the prediction that a big one was on its way. Responding to the man on March 31, the group of scientists concluded it was "improbable" that the area would experience a major earthquake, "although they stopped short of entirely excluding the possibility."

On April 6, a magnitude 6.3 earthquake killed more than 300 poeple.

Andrew Revkin, over at The New York Times' Dot Earth blog, wrote about the case last year. He called the trial "a medieval-style attack on science."

Revkin said the scientists were forced to provide the assessment after Giampaolo Giuliani, the non-scientist who made the prediction, made the public panic.

Revkin explains that Giampaolo's methods are considered "unreliable, at best." But the commission of scientists was trapped in a yes or no debate.

The bottom line, as 5,000 scientists wrote to Italy's president in an open letter, is that "there is currently no scientifically accepted method for short-term earthquake prediction."

NBC News reports that the prosecution acknowledged that saying the problem here is that the "the risk of a big temblor was not taken seriously enough."