Accessibility links
Halloween Horror: Hurricane Sandy Could Be 'Billion-Dollar Storm' : The Two-Way The hurricane is moving up from the South. A winter storm is coming from the West. Cold air is moving down from the North. Next Monday to Wednesday could be tough for much of the Mid-Atlantic, New England and Eastern Canada. Remember the "perfect storm?"

Hurricane Sandy as it bore down on Cuba. NOAA/Getty Images hide caption 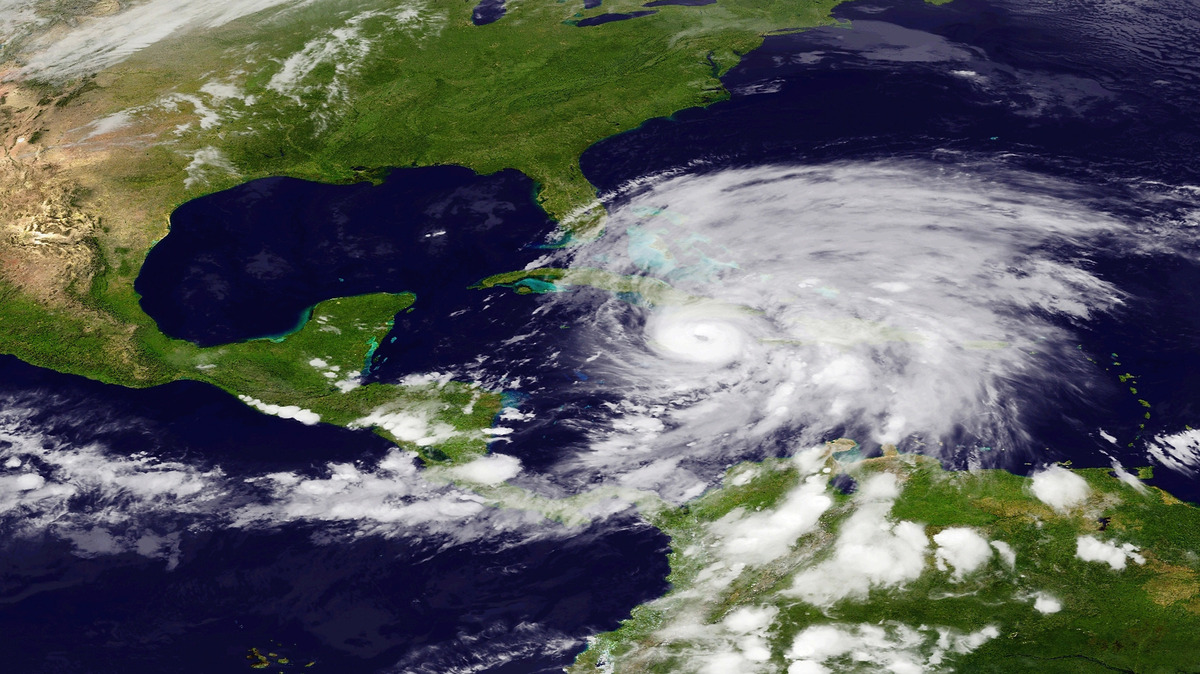 Hurricane Sandy as it bore down on Cuba.

This isn't a Halloween prank:

With Hurricane Sandy coming from the South, an early winter storm bearing down from the West and arctic air sweeping in from the North, the mid-Atlantic, New England and eastern Canada should be prepared for a "perfect storm" early next week that could produce $1 billion or more in damage, warns Weather Underground meteorologist Jeff Masters.

"The worst of it should peak early Tuesday, but it will stretch into midweek, forecasters say.

" 'It'll be a rough couple days from Hatteras up to Cape Cod,' said forecaster Jim Cisco of the National Oceanic and Atmospheric Administration prediction center in College Park, Md. 'We don't have many modern precedents for what the models are suggesting.'

"It is likely to hit during a full moon when tides are near their highest, increasing coastal flooding potential, NOAA forecasts warn. And with some trees still leafy and the potential for snow, power outages could last to Election Day, some meteorologists fear."

Comparisons are already being made to the "perfect storm" of 1991.

"At the very least New England is going to [see] clouds increase Sunday and then drizzle and light rain will ensue. Monday into Tuesday will be the peak of the storm before we clear out Wednesday. Worst case scenario is that the coast experiences winds gusting to hurricane force, inland areas have 3-6" of rain causing some flooding and power outages become widespread."

Earlier today, Sandy "made landfall ... just west of Santiago de Cuba in southern Cuba, where residents boarded over windows and cleared drainage gutters ahead of the strengthening storm that had roared across Jamaica and left two dead in the Caribbean," the AP writes. "The U.S. National Hurricane Center said the storm hit Cuba with maximum sustained winds of 114 mph. The Miami center said Sandy, which had strengthened to a category 2 hurricane, is expected to remain a hurricane as it moves through the Bahamas." 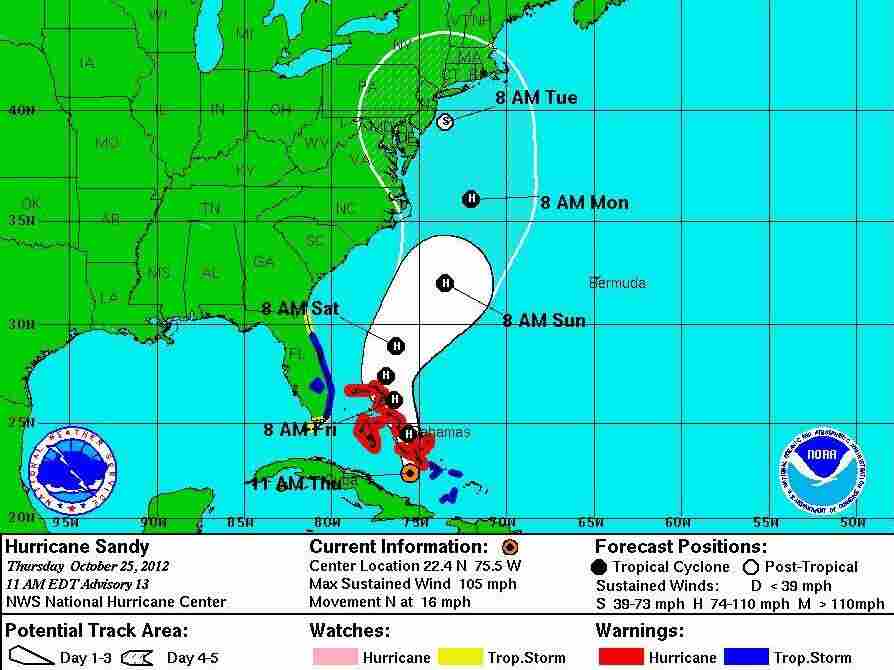 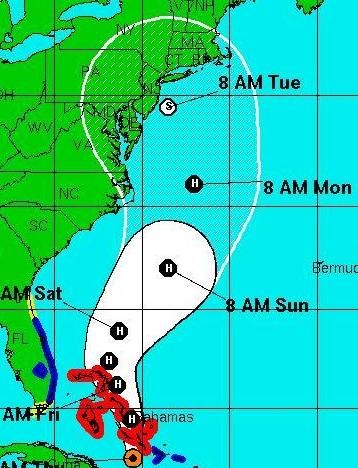 The Hurricane Center's forecast track hasn't changed much since the midday advisory, but confidence in the track has increased a bit.

Essentially, they are saying this is a serious, potentially historic storm and everyone from Virginia on north should keep a close eye on the system.

In its latest "5-day forecast cone," the National Hurricane Center shows Sandy touching eastern North Carolina on Monday and then heading north through the mid-Atlantic states and on to eastern New York State and New England. The previous "forecast cone" showed Sandy staying more out to sea.

"Early morning model runs still suggest that hurricane Sandy will come ashore somewhere from the Delmarva to Maine between late Sunday and Tuesday," The Washington Post's Capital Weather Gang writes. "The storm has the potential to have severe impacts over a large area and this entire region should begin thinking about preparations for a major storm."