Accessibility links
Boom, Boom, Boom! 'Kung Fu Panda' Joins Elite Club With Three Homers : The Two-Way San Francisco Giants third baseman Pablo Sandoval is only the fourth player to have knocked the ball out of the park three times in one World Series game. His team beat the Detroit Tigers 8-3 in Game 1. 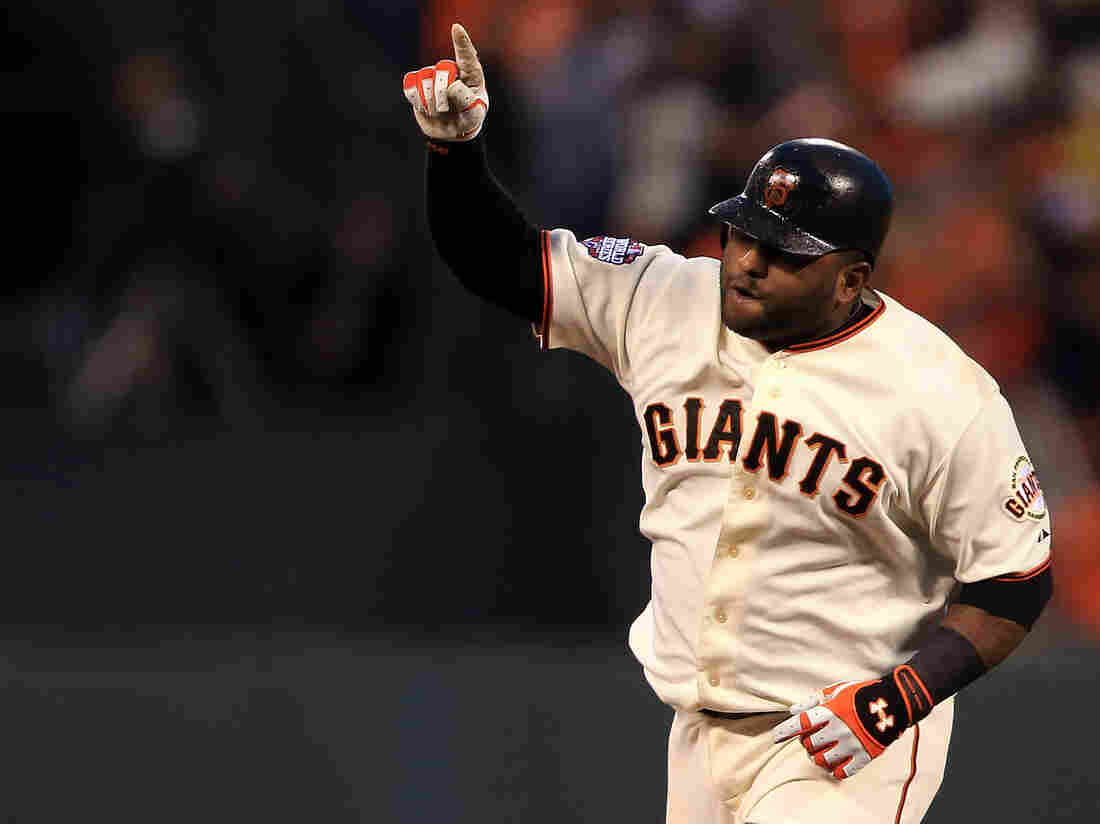 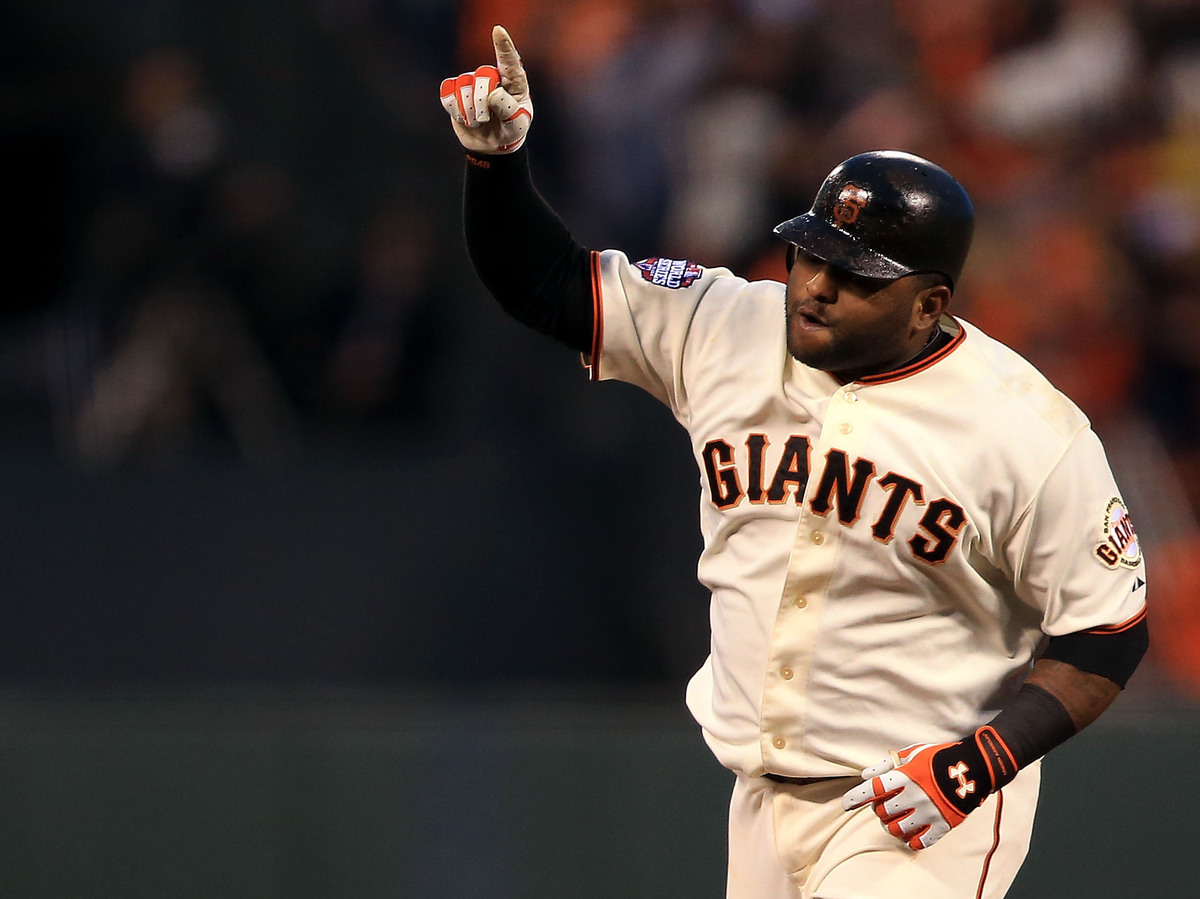 For those like us who can't stay up late to watch the World Series, here's a cheat sheet on what happened in Game 1 last night.

The San Francisco Giants beat the Detroit Tigers 8-3, but the amazing part of the story is that for the second year in a row a player hit three home runs in one World Series game.

This time it was Giants third baseman Pablo Sandoval — affectionately known as "Kung Fu Panda" because he's 5'11" and weights 240 pounds — who thrice went downtown. A year ago, as you might recall, it was then-St. Louis Cardinals star Albert Pujols who did the triple trick.

The only other players to have hit three home runs in one World Series game: the New York Yankees' Babe Ruth (who did it twice) and Reggie Jackson.

What else do you need to know if someone corners you to talk about the game?

As NPR's Tom Goldman said on Morning Edition, the other major storyline from last night is that the Giants beat the Tigers' previously nearly unbeatable pitcher, Justin Verlander. He only lasted four innings and gave up five runs on six hits.