Accessibility links
Manhattan Murders: Mother Discovers Bodies Of Her Two Children : The Two-Way Marina Krim found two of her young children dead and their nanny lying nearby with what authorities believe were self-inflicted knife wounds. The mother's online postings about her children are sadly poignant in retrospect. 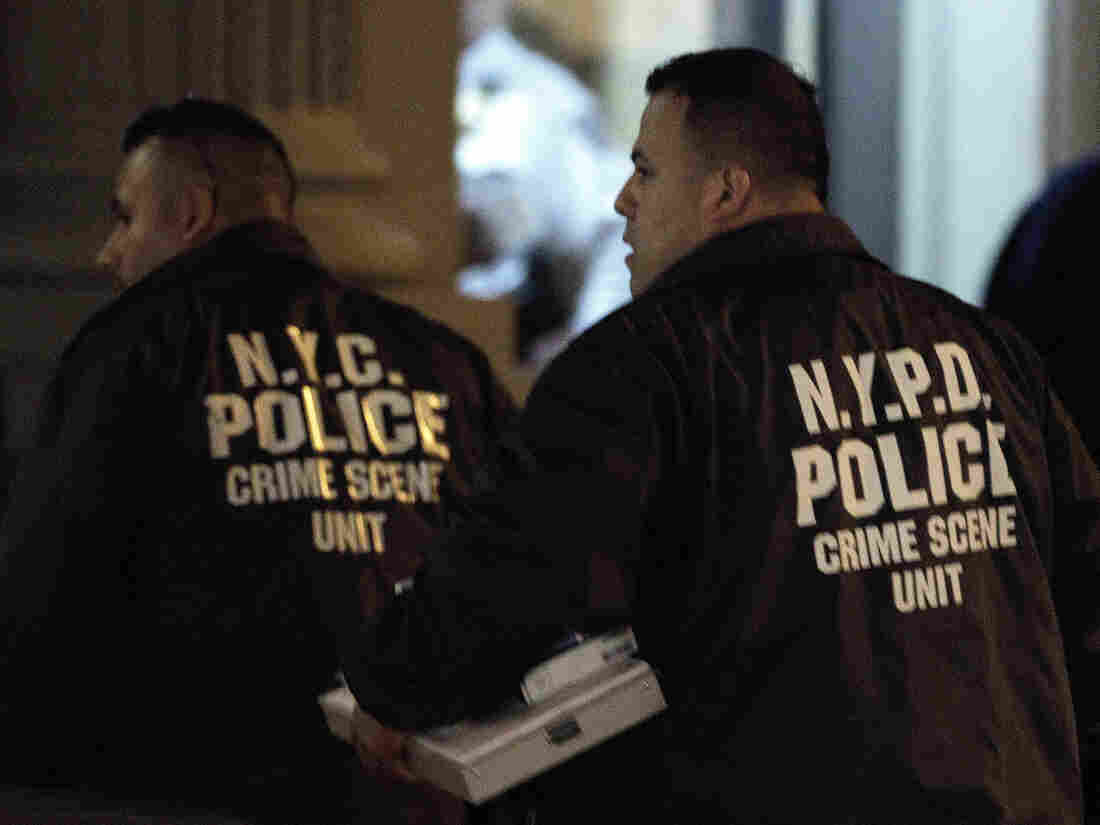 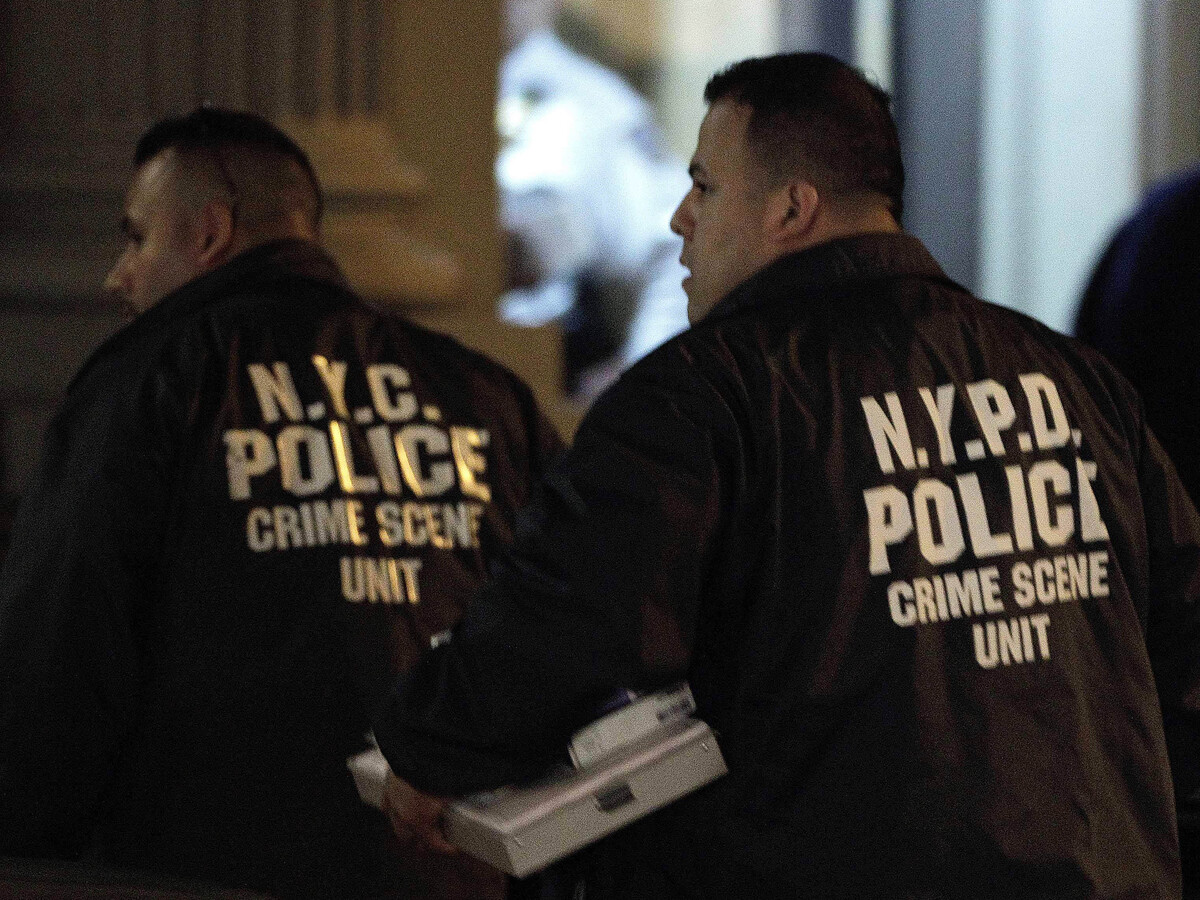 Crime scene unit officers outside the Manhattan apartment building where the children were killed Thursday.

This terribly sad story from Manhattan is getting national attention this morning:

Marina Krim, a young mother who lives with her family in one of New York City's wealthier neighborhoods on the upper west side of Manhattan, "returned home on Thursday with a third child to find her 2-year-old Leo and 6-year-old Lucia dead in the bathtub." The children's nanny "lay injured nearby with apparently self-inflicted stab wounds." (The Associated Press)

In what's now become a familiar ritual after personal tragedies, news outlets have found some things online that are poignant in retrospect because of what Marina Krim wrote about 2-year-old Leo and 6-year-old Lucia. Her blog has been taken offline, but the AP says she had written about cherishing "precious hours" with Leo and that the Life with Little Krim Kids blog:

"Portrays a devoted mother who adores her children, and is charmed by their daily observations and latest tricks. It is filled with family pictures and the children happily posing together."

"She found a dark apartment. She went back down to the lobby to ask the doorman if he had seen the nanny and her children. When told that they had not left the building, she returned to the apartment. She looked around in the quiet rooms. Finally, she turned the lights on in the bathroom — and discovered her two children in the bathtub and the nanny unconscious on the floor.

" 'There were bloodcurdling screams from a woman,' said Rima Starr, who lives down the hall from the victims' second-floor apartment."

The nanny, 50-year-old Yoselyn Ortega, was arrested at the scene. She is in critical condition at the NewYork-Presbyterian Hospital/Weill Cornell Medical Center.

Marina Krim's husband is Kevin Krim, a digital media executive at CNBC. According to the AP, he "had been away on a business trip, was met by police at the airport on his return and was given an escort to the hospital where his loved ones had gathered."