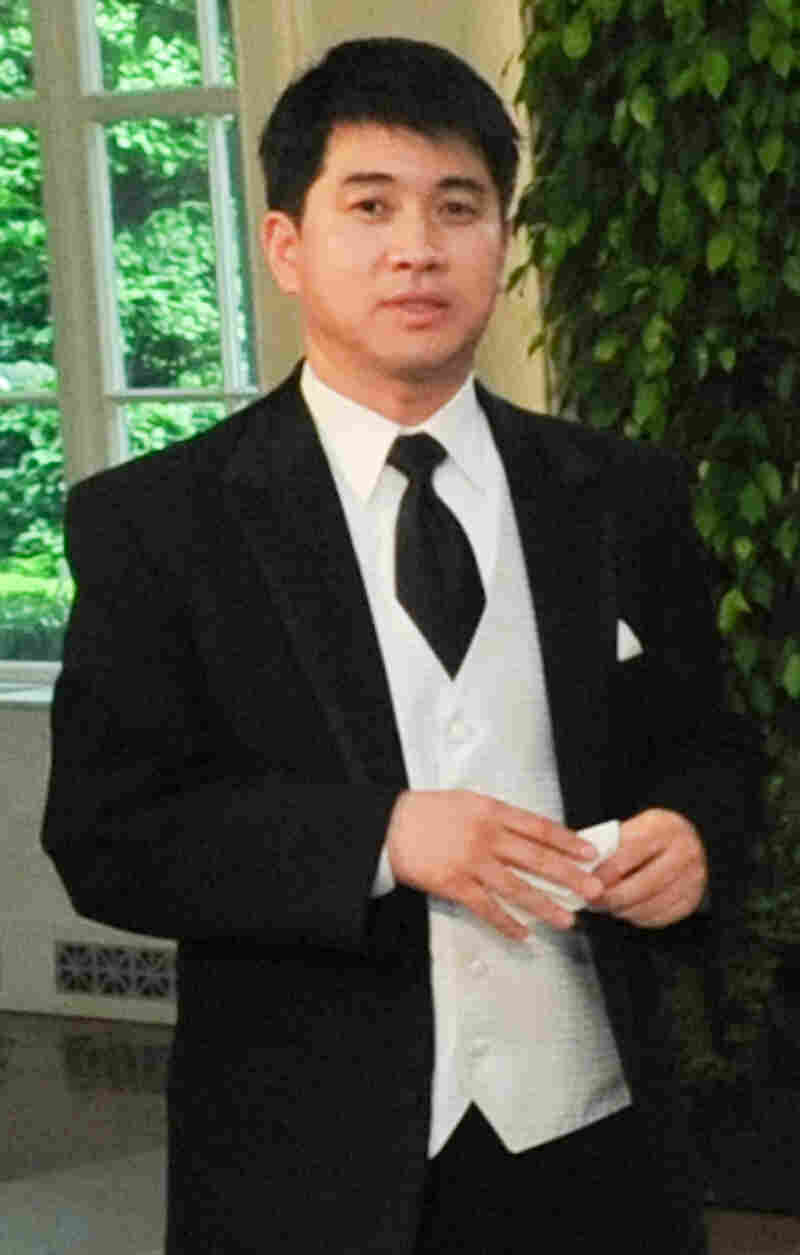 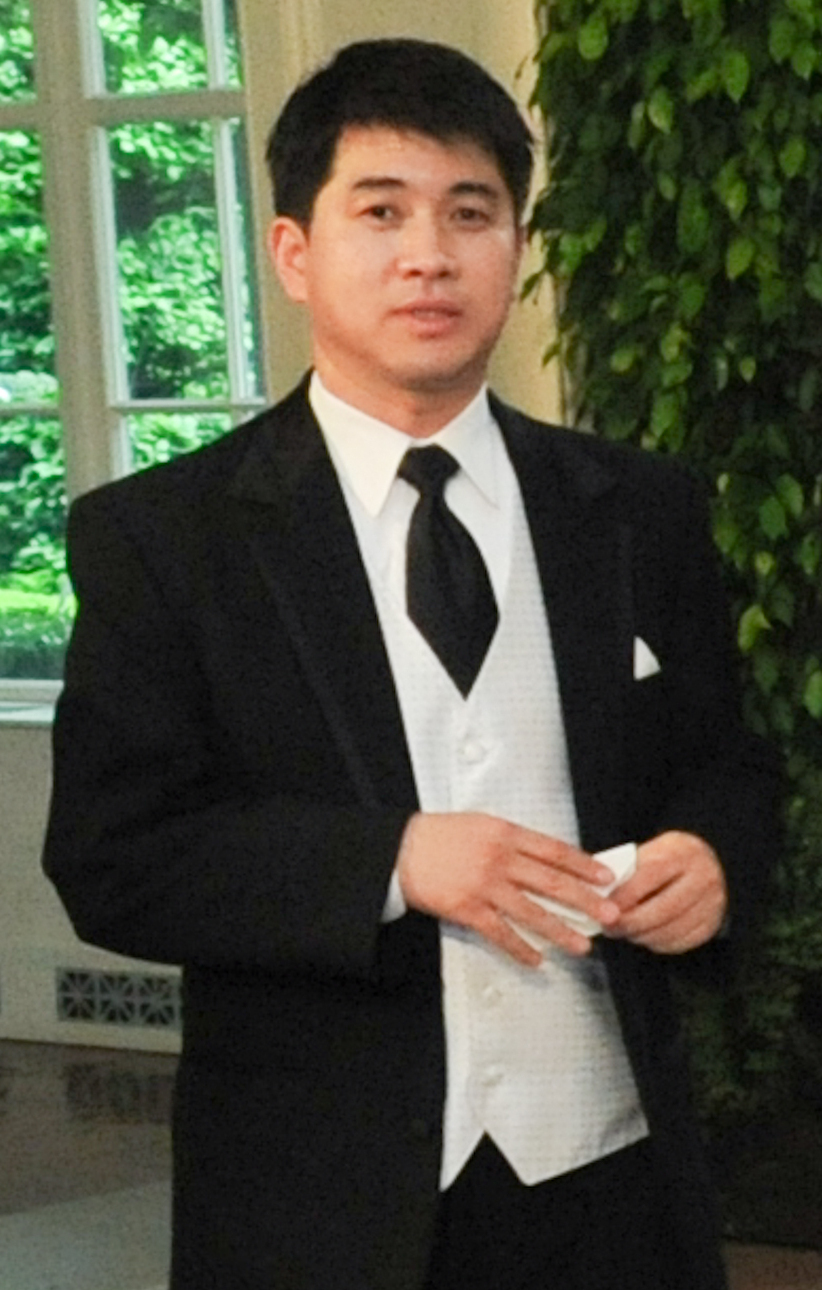 The suspension of Jae Su Chun, the former head coach of the U.S. Short Track Speedskating Team, hasn't stopped some skating clubs from wanting to hire the embattled coach, even as an investigation expands into the most serious allegation against him.

Chun resigned and agreed to a ban from coaching through the 2014 Winter Olympics because he failed to report an incident last year in which Olympic medalist Simon Cho sabotaged the skate of a Canadian athlete at an international competition in Poland.

Cho claims Chun ordered the tampering, but an executive summary of a U.S. Speedskating investigation reported conflicting evidence. Chun vigorously denies any involvement, but he admits learning about the tampering incident shortly afterward.

U.S. Speedskating investigators are also continuing and expanding their probe following an NPR story that found that the "executive summary" contained inaccurate and incomplete information.

NPR reported that investigators failed to contact or interview Speed Skating Canada athletes and coaches who witnessed what some described as aggressive and hostile behavior by Chun both before and after the tampering incident.

Cho admitted he bent the blade of a Canadian skater who was then forced out of the final relay of the competition. That skater, Olivier Jean, told NPR in an email that Chun approached him before the race and said, "I wish you bad luck. I hope you lose."

Chun's attorney told NPR his client did not recall making that statement. Chun is the former coach of the Canadian team and said he greatly admired Jean's skating.

The U.S. Speedskating investigators did not speak to Jean or other Canadian athletes and coaches about other statements and behavior that could be considered incriminating.

A source familiar with the investigation but not authorized to speak about it publicly now tells NPR that investigators have resumed the probe and are interviewing Canadian athletes and coaches. The source says a final report is pending.

This news comes as U.S. Speedskating issued a warning to the Dominion Speedskating Club of Virginia, saying the club cannot hire Chun in any capacity given the former coach's suspension.

The warning follows complaints to U.S. Speedskating and inquiries from NPR about conversations Chun allegedly had with coaches from at least two clubs in the Washington, D.C., area about becoming a part-time coach.

S.K. Lim is president of the Dominion Club and he told NPR he is interested in hiring Chun. "He is one of the best coaches," Lim said.

But Lim said he had not already hired Chun. "No. Not yet," he said. "Nothing is final."

U.S. Speedskating declined to provide the letter sent to Dominion, but spokeswoman Tamara Castellano said it quoted USS bylaws, which require USS membership for any participation in any official club activity, including training and competition.

"He's not allowed to coach. Period," Castellano says. "He would absolutely not be able to be officially hired by them."

Castellano says the letter to Dominion noted that USS cannot prevent individual skaters from hiring Chun, but Chun would still not be permitted to participate in any club training or competition without threatening Dominion's USS membership.

"We don't want to be in violation of any rules," Dominion's Lim added. "We know there's an issue. We need to clarify that."

Russell Fericks, Chun's attorney, told NPR Thursday, "We just heard about it, and are looking into the circumstances now."

Chun was also accused of abusing U.S. short track skaters. More than a dozen skaters, including five Olympic medalists, filed complaints but USS investigators said in their executive summary that they found no "patterns" of abuse. They also quoted an email, purportedly written by an athlete with whom Chun had a violent altercation, that praised Chun as "the best coach in the world."

But, as NPR reported, the email was not sent by that athlete.

The USS investigation is being conducted by New York law firm White & Case, which was enlisted by the U.S. Olympic Committee's SafeSport program to respond to allegations of athlete abuse.

USS tells NPR that disciplinary proceedings for Cho are on hold pending the receipt of a final report from White & Case. Cho's attorney, John Wunderli, says he may challenge USS sanctions by filing a complaint with the USOC and demanding arbitration.

Cho faces penalties that could range from a warning to suspension to a life ban from the sport. The world and national champion continues to insist that Chun ordered the tampering and used his position as a coach and Korean elder to break down Cho's resistance.