Accessibility links
At New York University Medical Center, A Dramatic, Critical Evacuation : The Two-Way Nurses carried patients down 17 flights of stairs. Some of the tiniest patients from the neonatal intensive care unit had to be kept alive with the manual pumping of respirators. By Tuesday morning, the hospital was still moving patients from the campus. 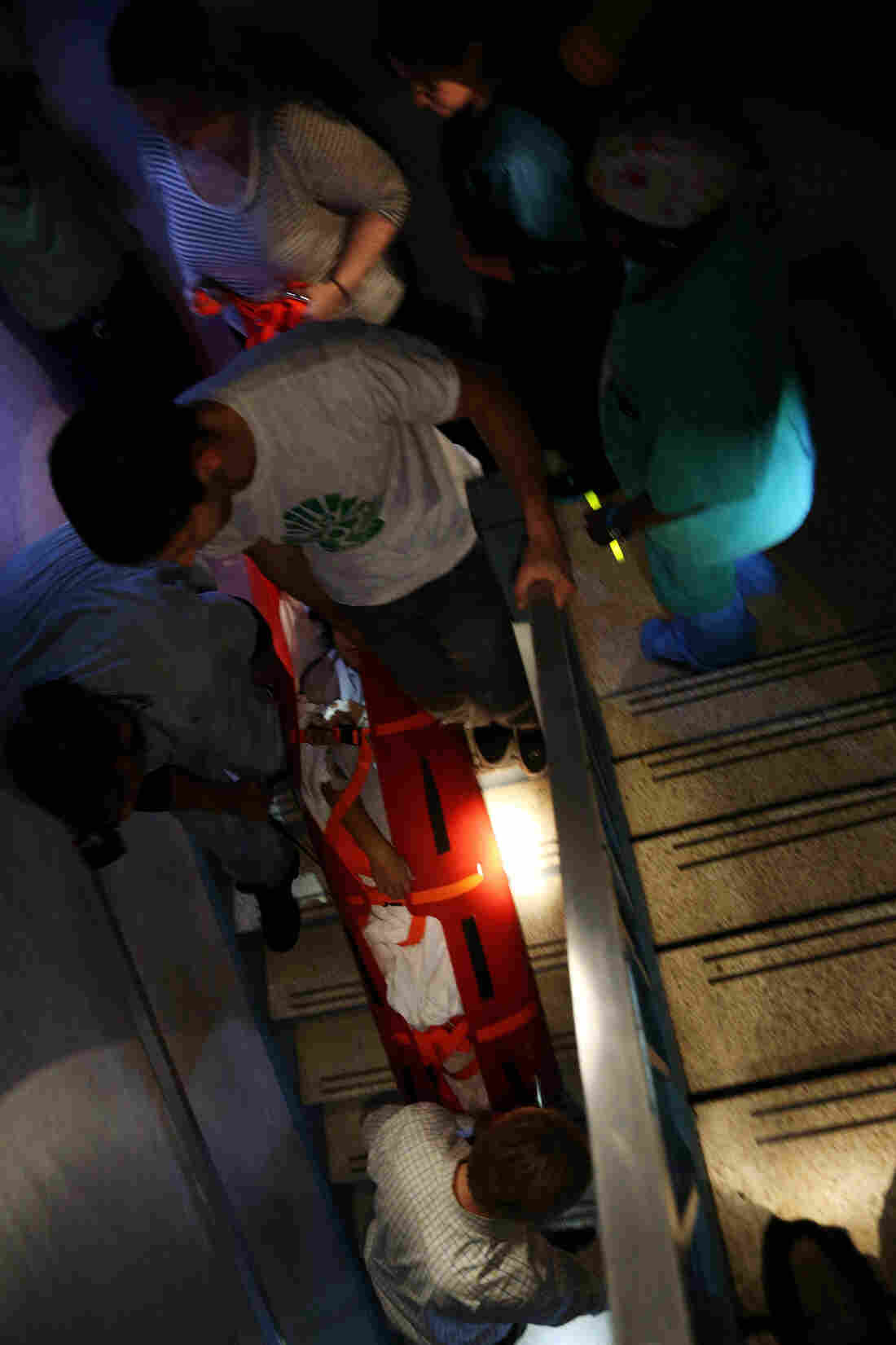 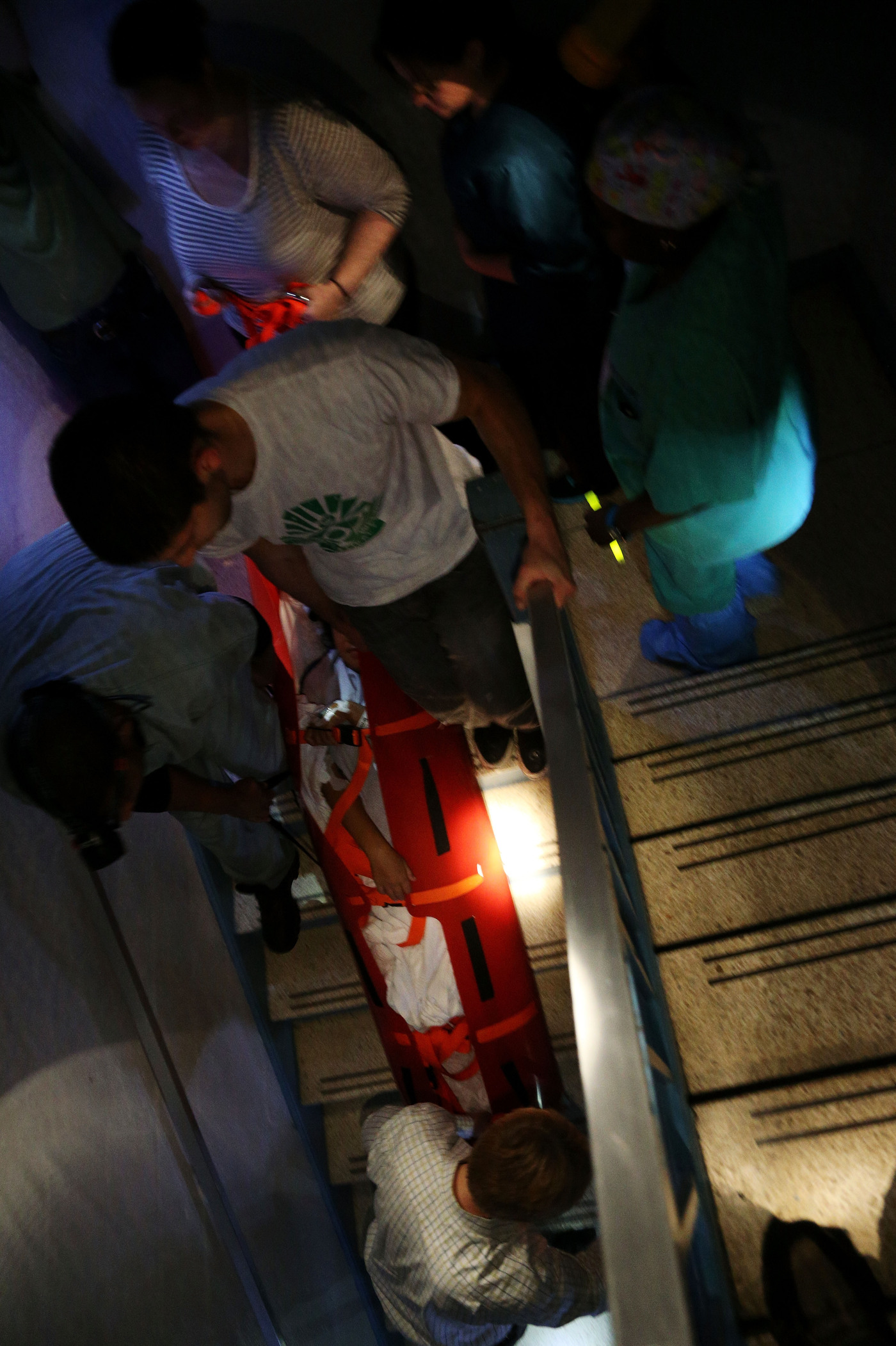 One of the most dramatic stories to come out of New York last night is the critical evacuation of New York University Langone Medical Center.

As CNN reports it, around 7:45 p.m. Monday, the hospital's basement started taking on water. At one point, the "lower floors and elevator shafts filled with 10 to 12 feet of water."

The hospital's main power went out and then the backup power failed.

"The medical center, NYU Langone Medical Center, a sprawling complex in the low 30s near the East River, began transporting all 215 patients at the hospital to other facilities on Monday evening, They were still being transported to other nearby hospitals, including Sloan Kettering and Mount Sinai, early on Tuesday, a spokeswoman for the hospital said.

" 'They evacuated everybody,' said the spokeswoman, Lorinda Klein, who said the main communications systems at NYU Langone — phones and e-mail — were down. She could not say what had caused the failure of the hospital's emergency systems, which power critical care units there."

CBS's Jonathan LaPook arrived at the hospital shortly before midnight. He writes that by that time the intensive care unit had already been evacuated and it was eerily empty, lit only by the flashlight he was carrying.

LaPook writes that he saw crews moving babies from the neonatal intensive care unit. Nurses carried them through flights of stairs. Four of them were on respirators without a battery backup, so the nurses had to manually pump them to keep them alive.

"Many patients were too sick to walk down the narrow staircase to the lobby," LaPook writes. "They were painstakingly carried on plastic sleds — one by one — by teams of four to five people from as high up as the 17th floor."

NBC News posted video of the scene outside the hospital, where ambulance after ambulance lined up in front of the building waiting to pick up patients.

Of course, the question that will be asked over the next few days and weeks is why this happened.

Dr. Andrew Brotman, senior vice president and vice dean for clinical affairs and strategy, told CNN the immense flooding took the hospital by surprise. During Hurricane Irene, the hospital, which sits near the East River, was evacuated, but only one building flooded with 2 feet of water. Monday, seven buildings took in water.

CBS reports that the hospital's main generator failed and so did its secondary backup.