Accessibility links
pay phones : The Two-Way As some New Yorkers try to stay connected with others, they've had to search for pay phones because their cellphones have run out of juice. Question: When was the last time you sued a pay phone?

Pay Phones Are Suddenly Important Again Because Of Sandy

Pay Phones Are Suddenly Important Again Because Of Sandy 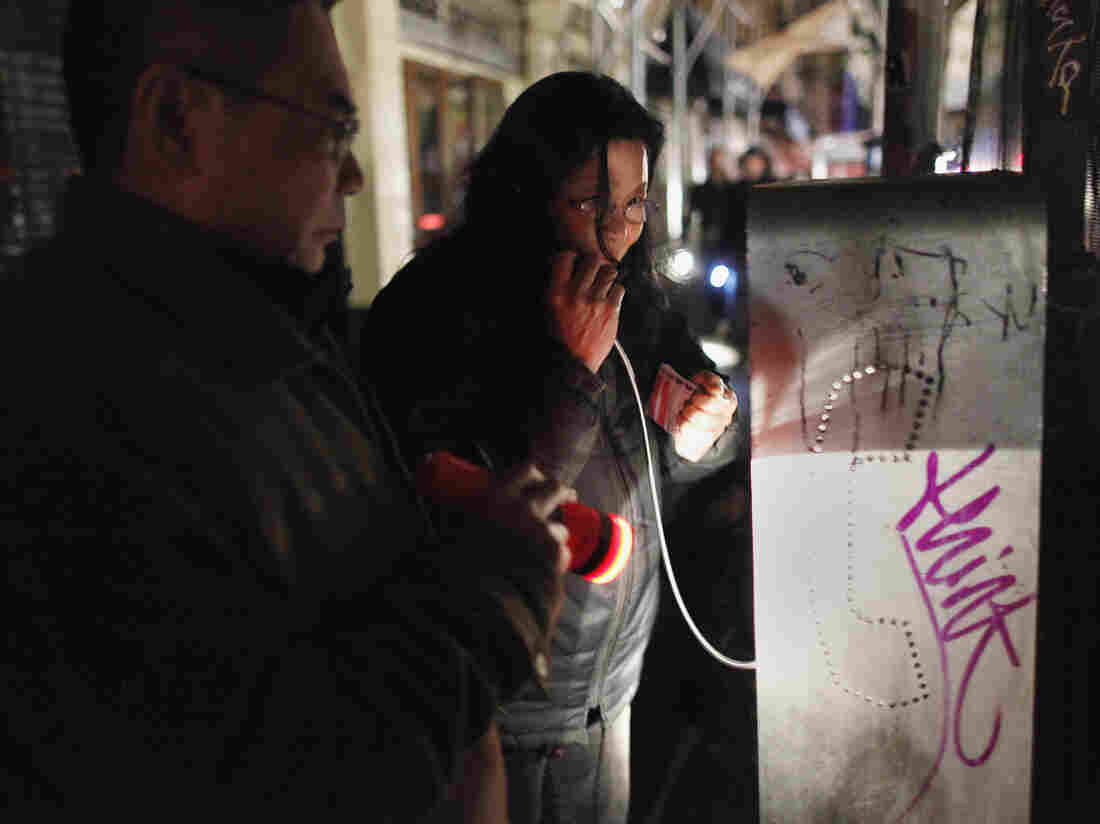 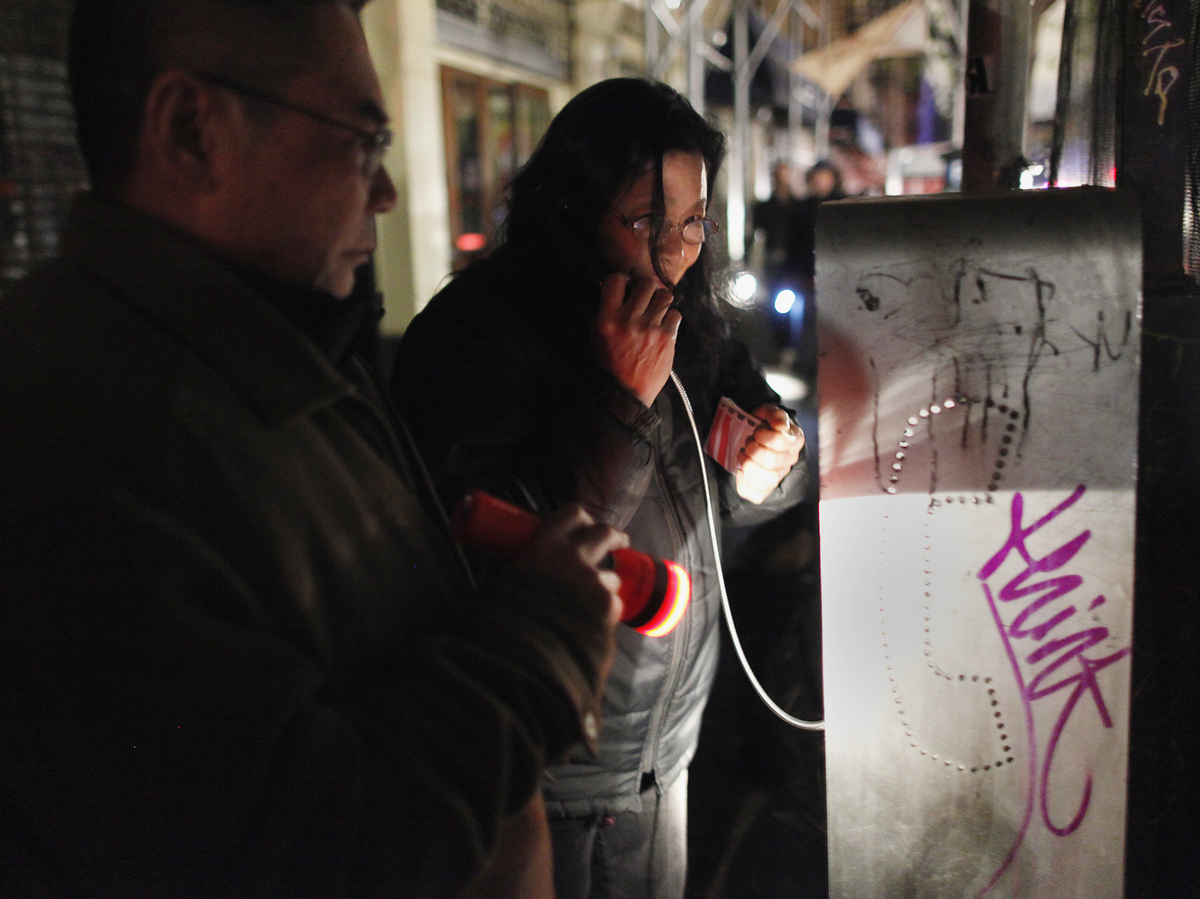 A woman uses a pay phone in the Lower East Village in Manhattan on Wednesday.

That Wall Street Journal story today, about folks in lower Manhattan who have been forced by the power outages and damages in the wake of Superstorm Sandy to seek out an old-fashioned way to make a call, has struck a chord.

With cellphones running out of juice, once again a tried-and-true technology has proven itself in a time of trouble.

Well, it's proven itself, that is, if you can find a phone that hasn't been damaged or wasn't vandalized before Sandy. To help in that search, Bowery Boogie has posted about "reliable pay phones you can use" in the lower third of Manhattan. "Of the 20-odd pay phones we visited," says the site, "nearly all had some sort of malfunction. Whether it was a lack of dial tone or gunk plugged in the coin slot, issues abounded." It recommends these three:

-- Northeast corner of Orchard and Delancey

-- Outside Casa Mezcal on Orchard Street

Lines have been long at some phones. For now, at least, the answer to a question Planet Money asked last October — "Does Anyone Still Use These?" — is yes.

If you've got a story to tell about a time when a pay phone came through for you, please share it in the comments thread. Meanwhile, we've also got a question (and this blogger has to confess, his answer would be "I can't remember").