Accessibility links
Hurricane Sandy : The Two-Way On Staten Island, there's grief after the discovery of two children's bodies. Meanwhile, the storm's economic toll is thought to be up to $50 billion. And, gas shortages are leading to frustration. 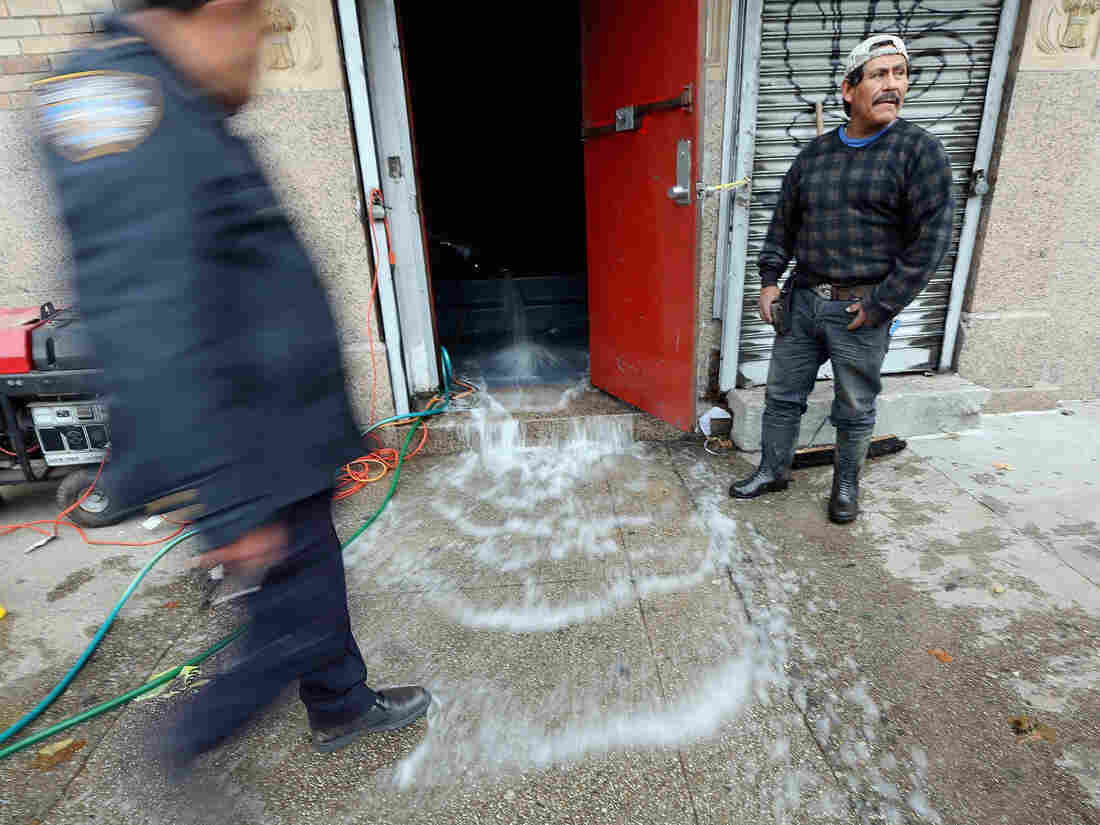 Water was being pumped out of this business in Manhattan's East Village on Thursday. Mario Tama/Getty Images hide caption 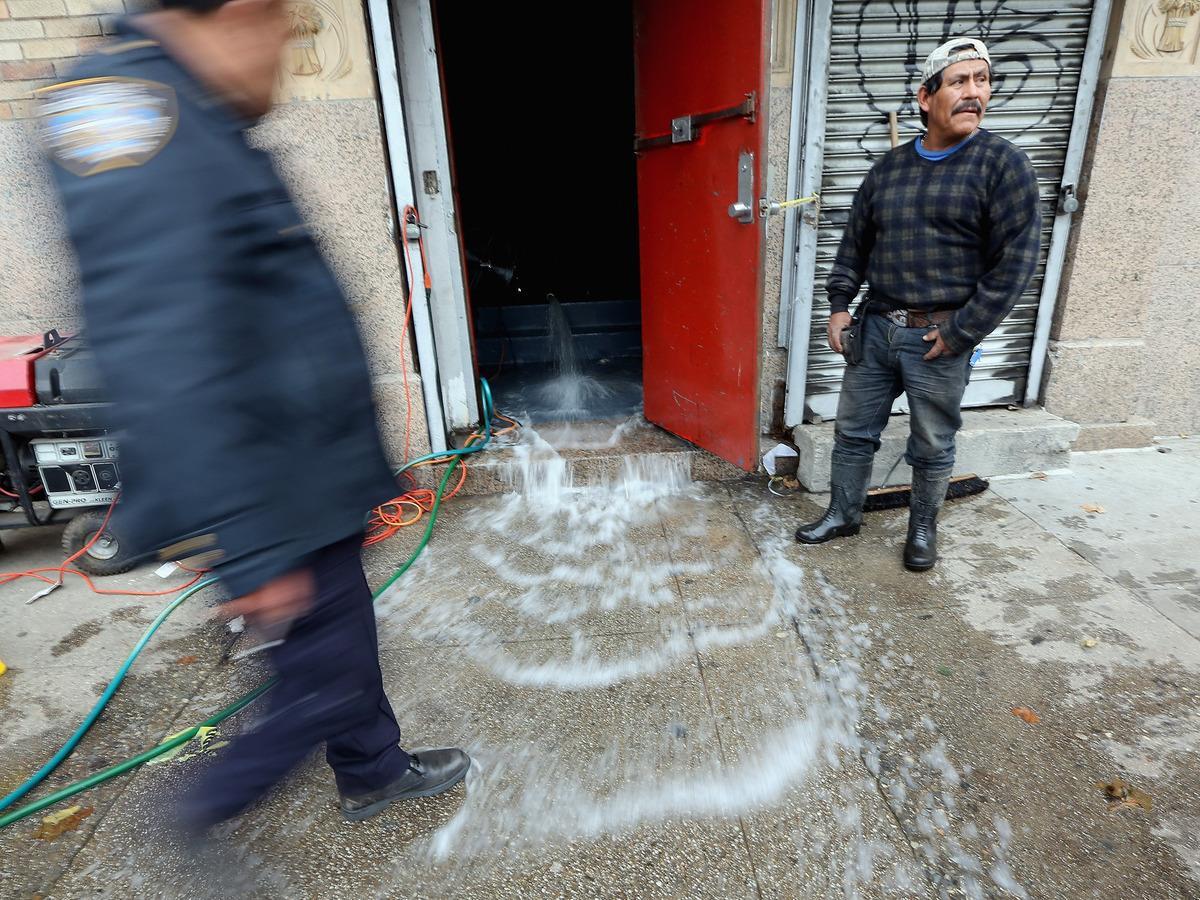 Water was being pumped out of this business in Manhattan's East Village on Thursday.

Ten of this morning's most compelling stories about the aftereffects of Superstorm Sandy:

-- "In Flooded New Jersey, No Oversight For Levees." (All Things Considered)

-- "The Backlash Against The New York City Marathon Isn't Going Away." (The Atlantic Wire)

As of last evening, the NPR library staff tells us:

-- The death toll in the U.S. was at least 91. That follows an estimated 69 Sandy-related deaths in the Caribbean. Two deaths have been reported in Canada.

-- At least 4.2 million customers in the U.S. remained without power.