Accessibility links
Three More Stories That Help Explain Why Obama Won : The Two-Way The president's campaign fine-tuned its appeal to a younger, less-white electorate and got its supporters to turn out in much larger numbers than Republicans had anticipated. Meanwhile, Mitt Romney was hurt by a lack of money at a critical moment. 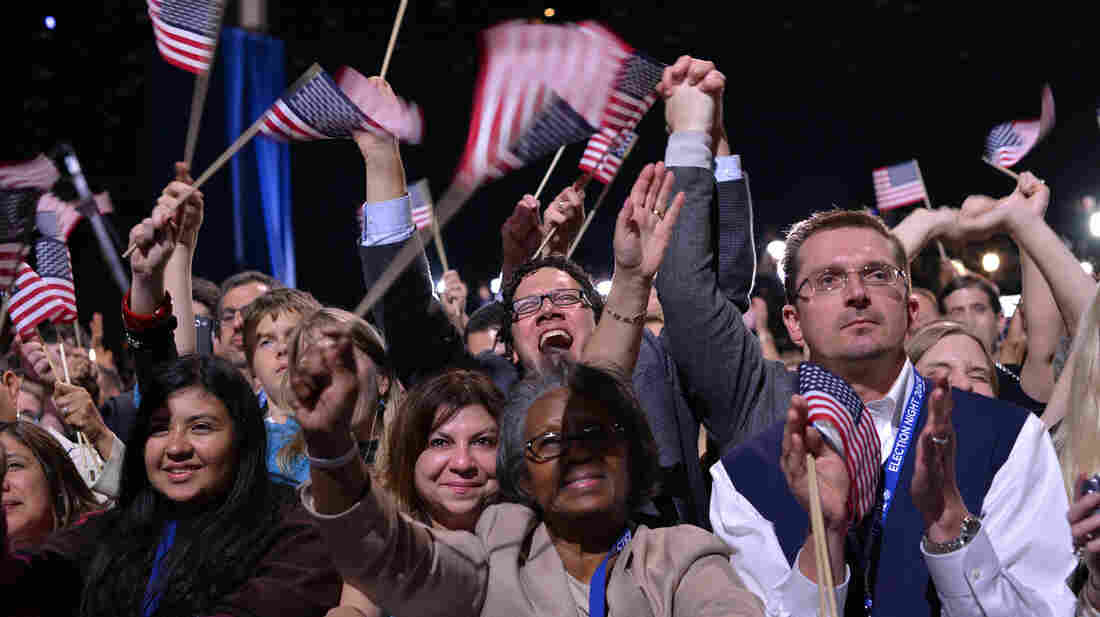 Some of the faces of those who supported the president, at his victory rally Tuesday in Chicago. Jewel Samad /AFP/Getty Images hide caption 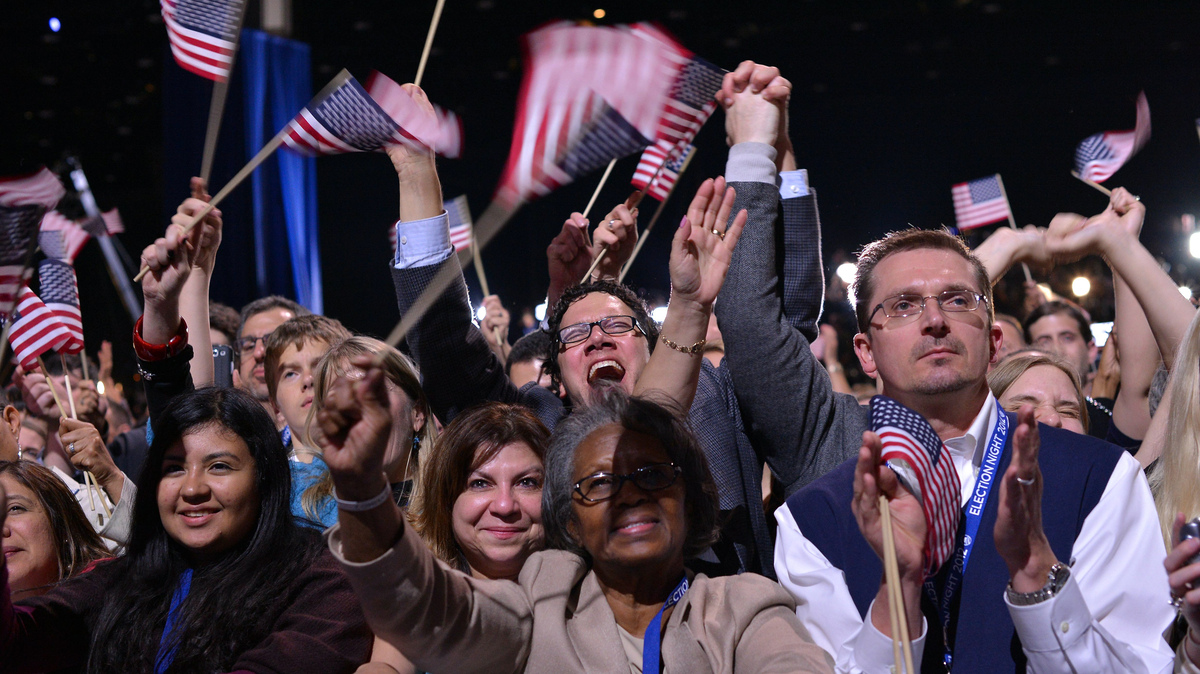 Some of the faces of those who supported the president, at his victory rally Tuesday in Chicago.

From this morning's post-election analyses of the presidential campaign, here are three more looks at why Obama was re-elected Tuesday:

-- The New York Times: "In Chicago, the [Obama] campaign recruited a team of behavioral scientists to build an extraordinarily sophisticated database packed with names of millions of undecided voters and potential supporters. The ever-expanding list let the campaign find and register new voters who fit the demographic pattern of Obama backers and methodically track their views through thousands of telephone calls every night.

"That allowed the Obama campaign not only to alter the very nature of the electorate, making it younger and less white, but also to create a portrait of shifting voter allegiances. The power of this operation stunned Mr. Romney's aides on election night, as they saw voters they never even knew existed turn out in places like Osceola County, Fla."

-- Los Angeles Times: "The president built his winning coalition on a series of election-year initiatives and issue differences with Republican challenger Mitt Romney. In the months leading up to the election, Obama announced his support for same-sex marriage, unilaterally granted a form of limited legalization to young illegal immigrants and put abortion rights and contraception at the heart of a brutally effective anti-Romney attack ad campaign.

"The result turned out to be an unbeatable combination: virtually universal support from black voters, who turned out as strongly as in 2008, plus decisive backing from members of the younger and fast-growing Latino and Asian American communities, who chose Obama over Romney by ratios of roughly 3 to 1. All of those groups contributed to Obama's majority among women. (Gay voters, a far smaller group, went for Obama by a 54-point margin.)"

-- The Wall Street Journal: "Mitt Romney is one of the wealthiest men ever to run for president. And yet the lack of money earlier this year stalled his campaign, and he never really recovered. ...

"Back in spring, the Romney campaign's biggest worry was money. So the campaign's finance chair, Spencer Zwick, huddled with political director Rich Beeson to craft a complex schedule that took Mr. Romney to the cities that were prime real estate for fundraising. It meant visits to places like California, Texas and New York—none of which were important political battlegrounds. ...

"But Mr. Romney paid a deep political price. The fundraising marathon reduced his ability to deliver his own message to voters just as the Obama campaign was stepping in to define the Republican candidate on its terms."

There's still time to answer our question: "What clinched the election for President Obama?"