Accessibility links
Pee-peegate: 3-Year-Old's Whiz Leads To $2,500 'Public Urination' Ticket : The Two-Way A police officer in Piedmont, Okla., (yes, Piedmont) saw the little guy let loose. Though the boy was in his own yard, the officer issued mom a $2,500 ticket. Now, the police chief and the mayor are apologizing. 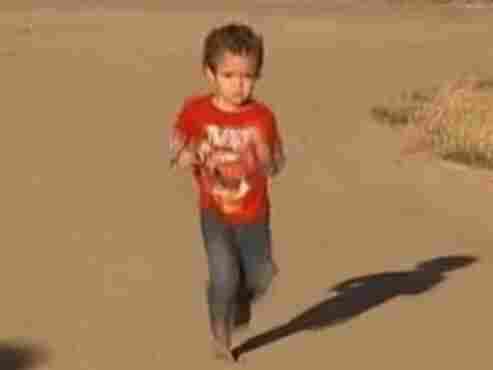 Dillan Warden, the little guy who had to go. KCTV hide caption 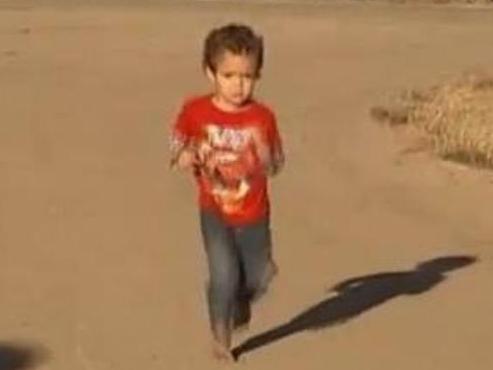 Dillan Warden, the little guy who had to go.

While we were busy paying attention to storms and presidential politics earlier this week, we missed a story from Oklahoma that may just (insert four-letter euphemism for urine here) you off.

It seems that when 3-year-old Dillan Warden of Piedmont, Okla., (no joke!) had to "go" on Sunday he did what many little guys will do:

He "dropped his pants in the front yard of the family home" and proceeded to pee, as The Oklahoman says.

It was then that a local police officer who happened to be nearby leaped into action: He issued Dillan's mom, Ashley Warden, a $2,500 ticket for "public urination."

Well that, as you might imagine, has created a bit of a stir. And now, as NewsOn6.com ("Oklahoma's Own") reports, the local police chief and mayor are apologizing, the ticket is going to be thrown out and an investigation is underway to get to the bottom of things.

KCTV from Kansas City has a video report here.

Now, any old news blog will ask its readers whether the ticket should or should not have been issued. But we like to get to know our readers. So, while this certainly runs the risk of being "too much information," here's our question:

And before someone else says it: yes, we know we're being silly. But we do want to note, that the right to let loose if nature calls has been sort-of endorsed by one of the nation's presidents.

Back in 2005, USA Today sportswriter Sal Ruibal was assigned to accompany President George W. Bush on a mountain bike ride at Bush's ranch in Texas. As this post from Poynter.org reminds us, when Sal stopped at a tree to pee, Bush shouted out, "Ruibal, don't worry. The last one that peed there was a cow."