Accessibility links
Supreme Court To Weigh Constitutionality Of Voting Rights Act : The Two-Way At issue is whether states that once blocked African-Americans from voting should still be subject to the landmark 1965 legislation. 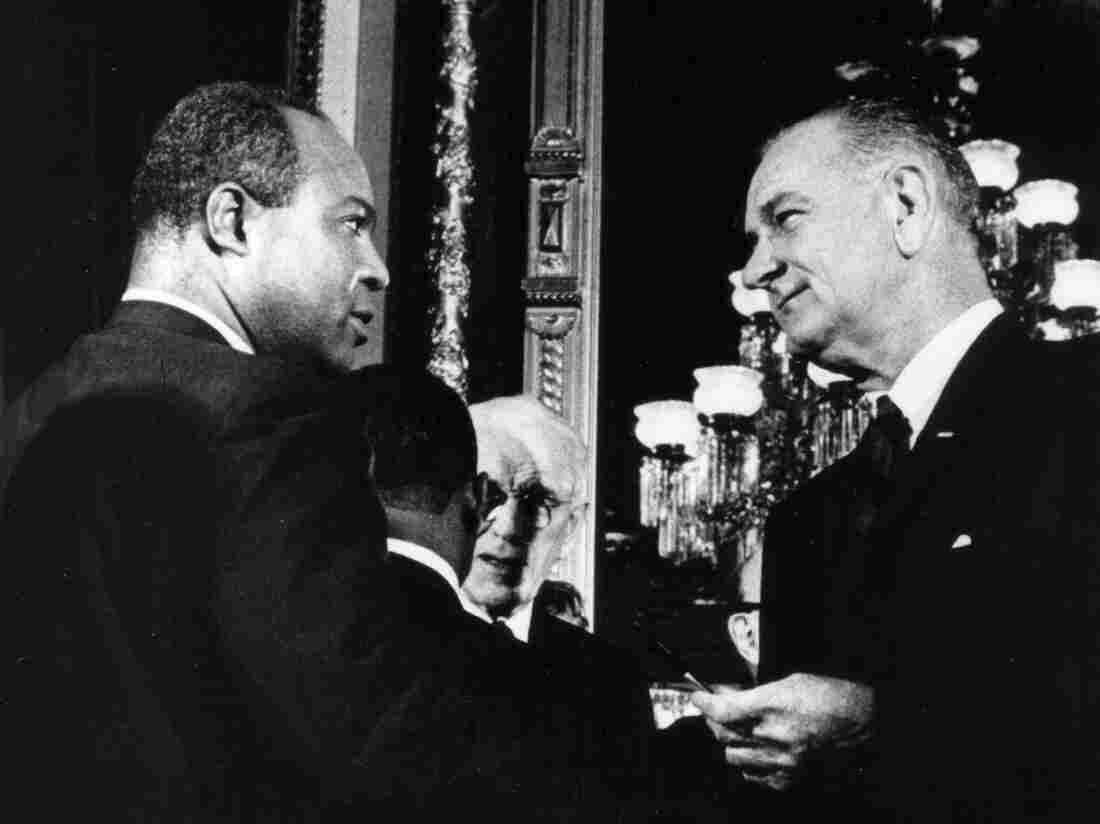 Aug. 6, 1965: President Lyndon B. Johnson presents one of the pens used to sign the Voting Rights Act of 1965 to James Farmer, Director of the Congress of Racial Equality. National Archives/Getty Images hide caption 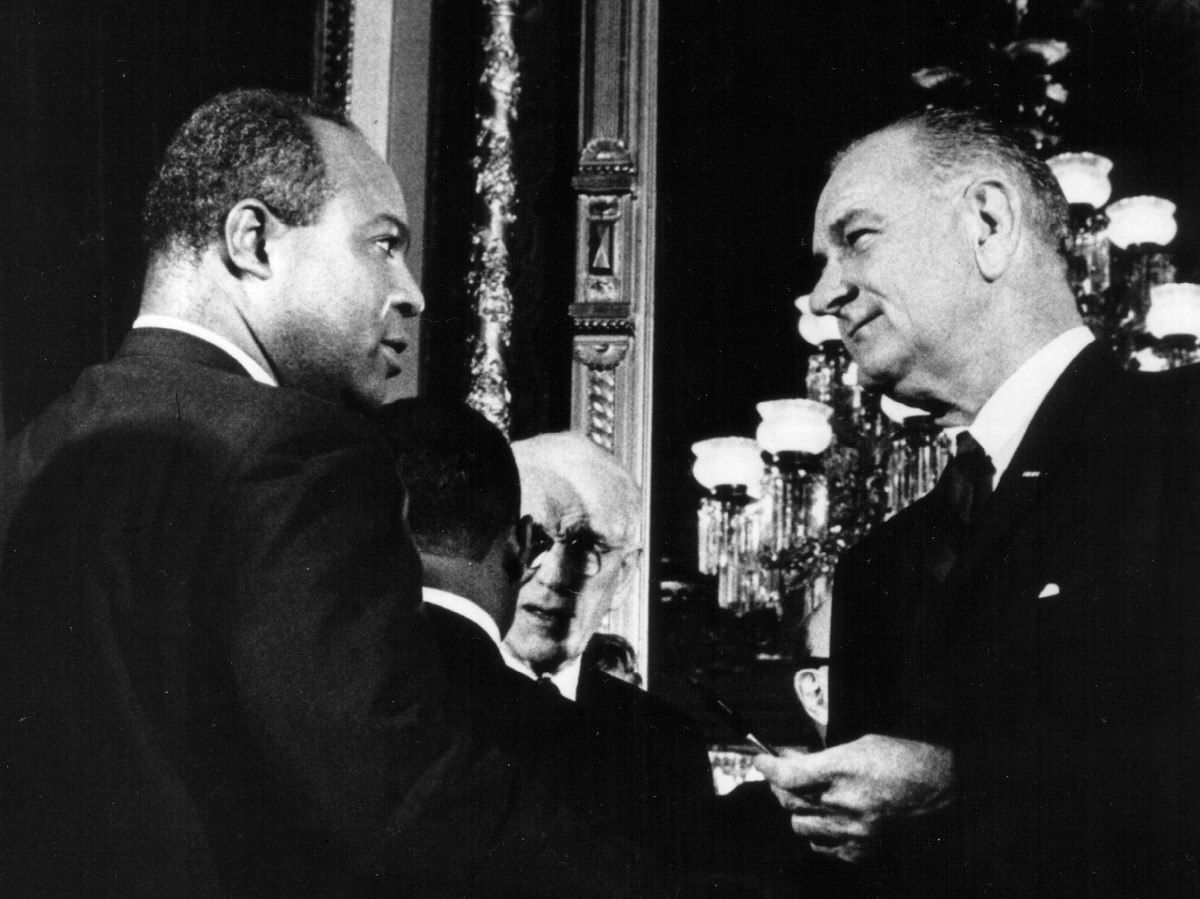 Aug. 6, 1965: President Lyndon B. Johnson presents one of the pens used to sign the Voting Rights Act of 1965 to James Farmer, Director of the Congress of Racial Equality.

The Supreme Court has agreed to weigh the constitutionality of the decision by Congress in 2006 to reauthorize the Voting Rights Act, the landmark Civil Rights legislation enacted in 1965 that let millions of African-Americans cast ballots for the first time in states that had long blocked them from voting booths.

According to Lyle Denniston at SCOTUSBlog:

"Specially at issue is the constitutionality of the law's Section 5, the most important provision, under which nine states and parts of seven others with a past history of racial bias in voting must get official clearance in Washington before they may put into effect any change in election laws or procedures, no matter how small. The Court came close to striking that down three years ago, but instead sent Congress clear signals that it should update the law so that it reflects more recent conditions, especially in the South. Congress did nothing in reaction."

As The Associated Press adds:

"The basic question is whether state and local governments that once boasted of their racial discrimination still can be forced in the 21st century to get federal permission before making changes in the way they hold elections.

"Some of the governments covered — most of them are in the South — argue they have turned away from racial discrimination over the years. But Congress and lower courts that have looked at recent challenges to the law concluded that a history of discrimination and more recent efforts to harm minority voters justify continuing federal oversight."

The case the court is taking has been brought by Shelby County, Alabama.