Accessibility links
Petraeus Affair Widens: Who's Who & What's What? Here's A Guide : The Two-Way The investigation into the former CIA director's extramarital affair has now ensnared the top U.S. commander in Afghanistan. Investigators found thousands of communications between Gen. John Allen and a Tampa woman. He says they were not inappropriate. The sordid story is getting confusing. 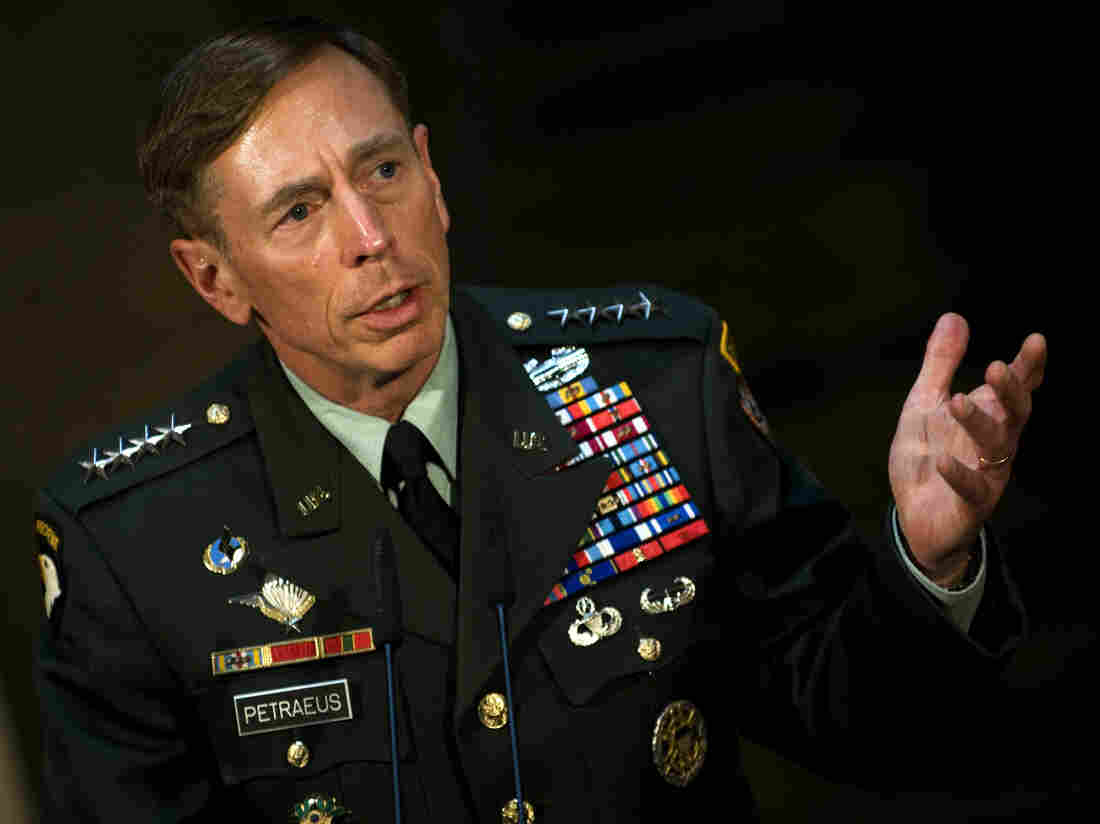 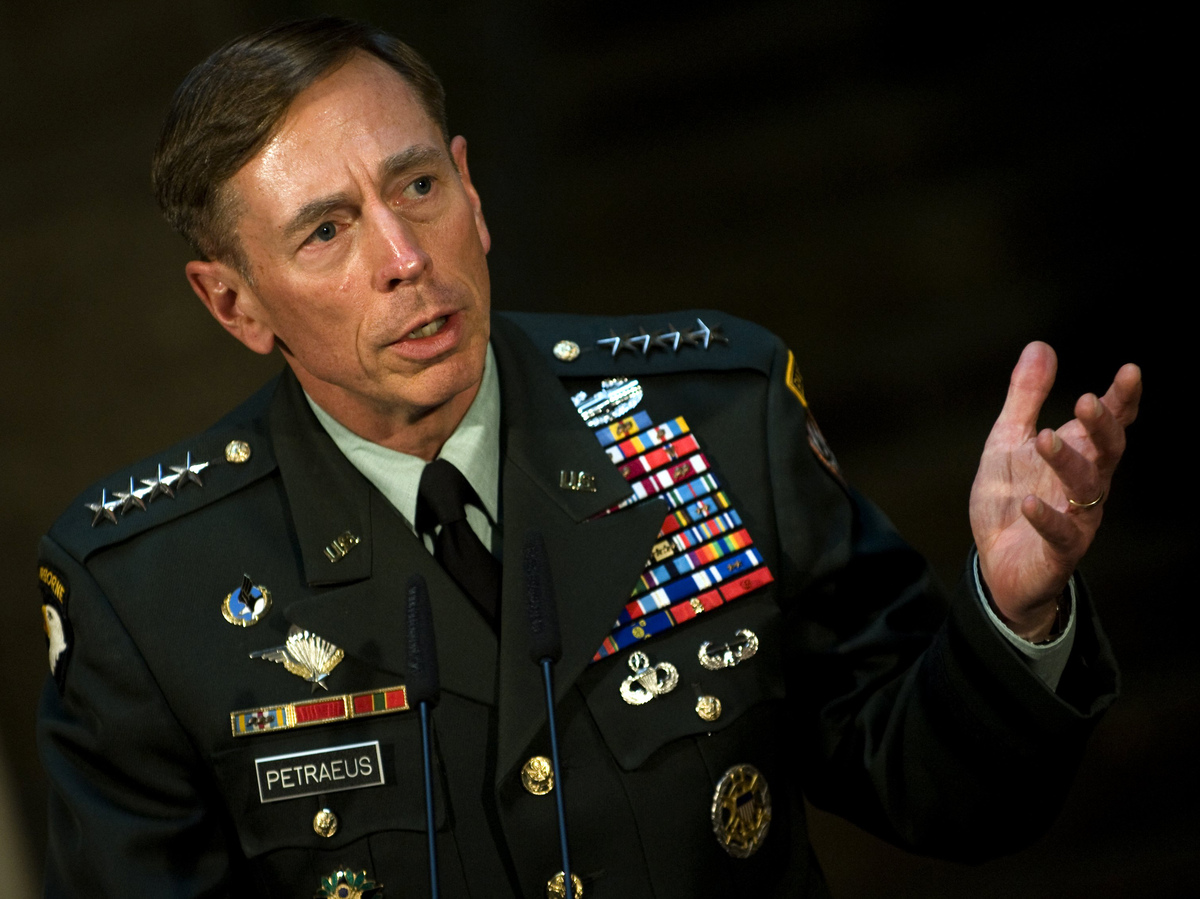 The sordid story surrounding the resignation of CIA Director David Petraeus continues to grow. This morning there's word that the top U.S. commander in Afghanistan, Gen. John Allen, is under investigation for "inappropriate communications" with the woman who kicked off the chain of events that led to the uncovering of the extramarital affair Petraeus was having (with a different woman) and his resignation.

Allen, as NPR's Tom Bowman reported on Morning Edition, has told Pentagon officials that he did nothing wrong. But investigators have discovered, officials say, 20,000 to 30,000 pages of emails and electronic documents sent between Allen and Jill Kelley, 37, of Tampa. The Pentagon is now investigating Allen's communications with Kelley. Allen's nomination to be commander of U.S. and NATO forces in Europe has been put on hold. 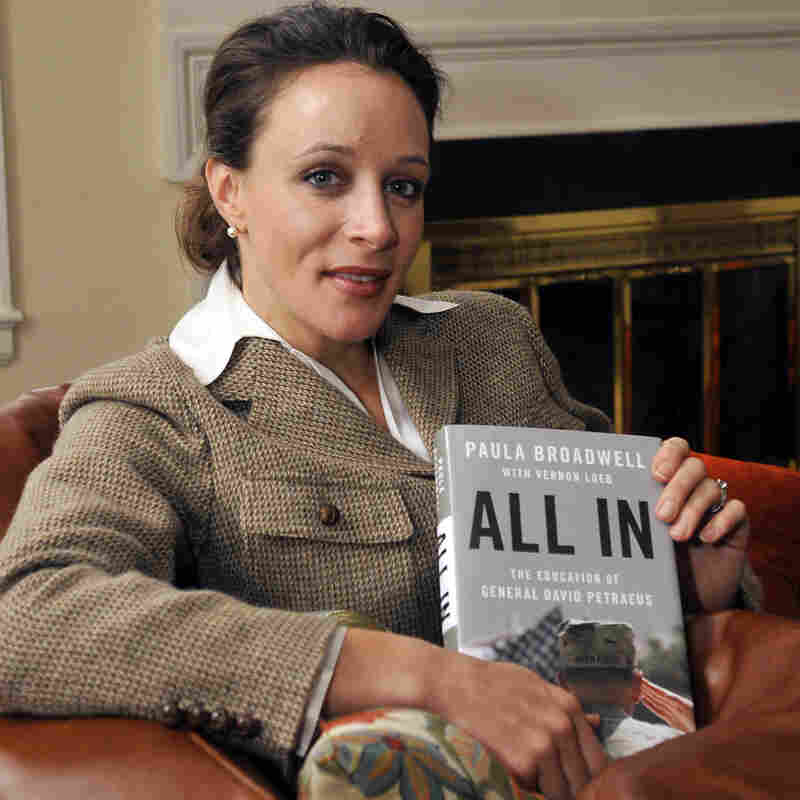 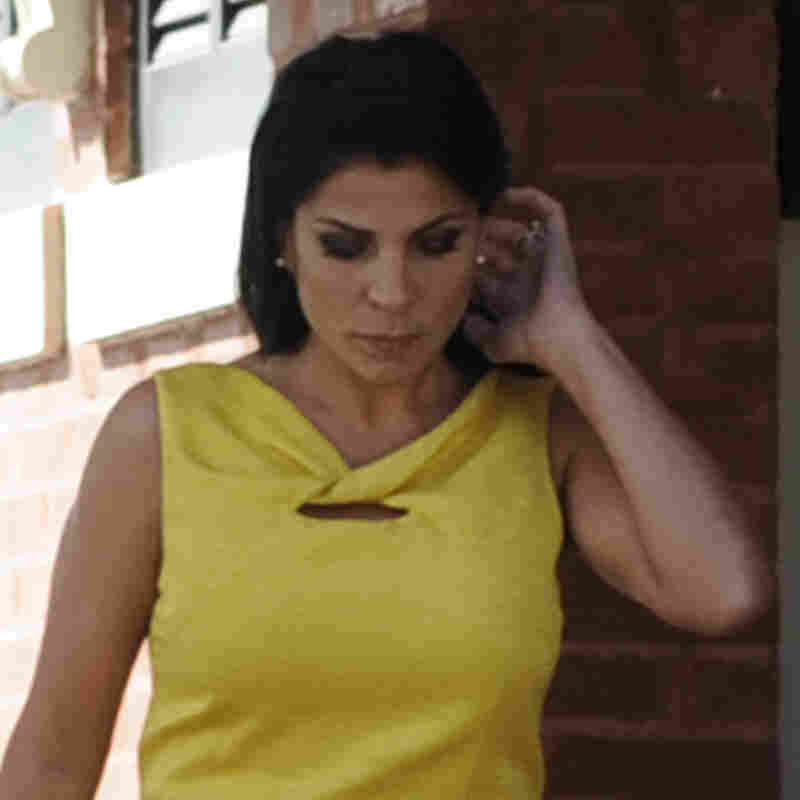 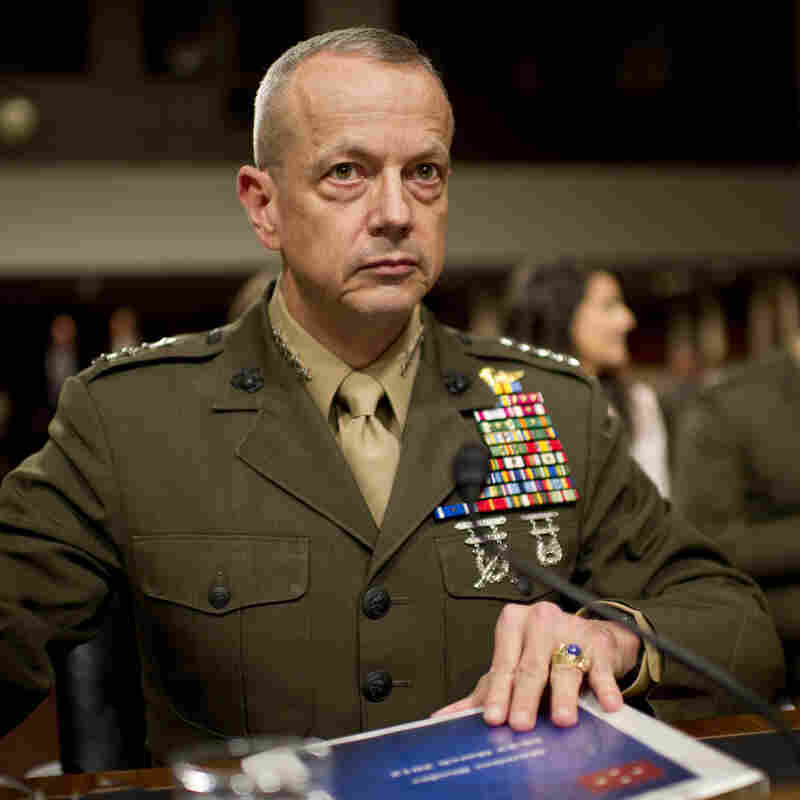 With Allen's entrance into the story and the new twist involving Kelley, this seems like a good time for a guide to who's who and what's what:

-- Retired Gen. David Petraeus. The former top U.S. commander in Afghanistan, the 60-year-old Petraeus became director of the CIA in the summer of 2011. It was sometime after he left the Army and took over at the CIA, Petraeus has reportedly told friends, that he began an affair with Paula Broadwell. She's a now-40-year-old major in the Army Reserve. They reportedly ended the affair about four months ago. This morning's Washington Post reports that some of the retired general's advisers say he "planned to stay in the job even after he acknowledged the affair to the FBI, hoping the episode would never become public. He resigned last week after being told to do so by Director of National Intelligence James R. Clapper Jr. on the day President Obama was reelected."

-- Paula Broadwell. A specialist in counterterrorism issues as well as an Army reservist, Broadwell is the author of All In: The Education of General David Petraeus, a biography of Petraeus. While working on that book, she lived and worked with the then-general's staff in Afghanistan. Like Petraeus, she is married. On Monday, FBI agents were seen searching her home in Charlotte, N.C.

-- Jill Kelley. Described in reports as a volunteer social liaison with military families at MacDill Air Force Base in Tampa, Kelley knows Petraeus and his wife Holly. Earlier this year, she reportedly told an acquaintance who works for the FBI about harassing emails she had been receiving. During that investigation, the FBI traced the emails to Broadwell. According to The New York Times, officials say Broadwell "saw Ms. Kelley as a rival for her affections with Mr. Petraeus." As the FBI investigated the emails to Kelley, agents turned up online messages exchanged by Petraeus and Broadwell that revealed their affair. Kelley is married.

-- Gen. John Allen. The FBI's investigation that uncovered the emails and revealed the Petraeus-Broadwell affair also led to the discovery of communications between Allen and Kelley. According to a senior U.S. defense official, as The Washington Post writes, the emails are "potentially inappropriate." Again, the 58-year-old Allen has reportedly said there was nothing inappropriate in the messages. He is married. (Update at 1:30 p.m., Feb. 19, 2013: Allen was later cleared of any wrongdoing. Then, on Feb. 19, the White House announced Allen was retiring to attend to his wife's health. Allen told The Washington Post that his wife has chronic health issues that include an autoimmune disorder.)

-- The FBI Agent. According to The Wall Street Journal, the "federal agent who launched the investigation that ultimately led to the resignation of Central Intelligence Agency chief David Petraeus was barred from taking part in the case over the summer due to superiors' concerns that he was personally involved in the case, according to officials familiar with the probe. ... New details about how the Federal Bureau of Investigation handled the case suggest that even as the bureau delved into Mr. Petraeus's personal life, the agency had to address conduct by its own agent—who allegedly sent shirtless photos of himself to a woman [Jill Kelley] involved in the case prior to the investigation." That agent also reportedly told at least one member of Congress about the investigation of Petraeus.

"The FBI agent who helped start the investigation that ultimately led to the resignation of CIA Director David Petraeus has been identified as Frederick Humphries, a veteran agent at the bureau who investigated the foiled millennium terrorist plot in 1999."

-- Vernon Loeb. "My wife says I'm the most clueless person in America," The Washington Post journalist writes this morning. He was the "ghost writer" of Broadwell's book about Petraeus. According to Loeb, "when the news broke Friday that Petraeus was resigning in disgrace because of an adulterous affair, I was dumbfounded."

We can't use some of the words that Jezebel does, but it also has a "guide to understanding the increasingly convoluted Petraeus sex scandal."