Accessibility links
Motor Trend Names Tesla S Car Of The Year, First Electric Car To Receive Honor : The Two-Way This is the first time in the award's 64-year history that the honor goes to a car without an internal combustion engine. The magazine said the Model S is a testament to the greatness of American engineering. 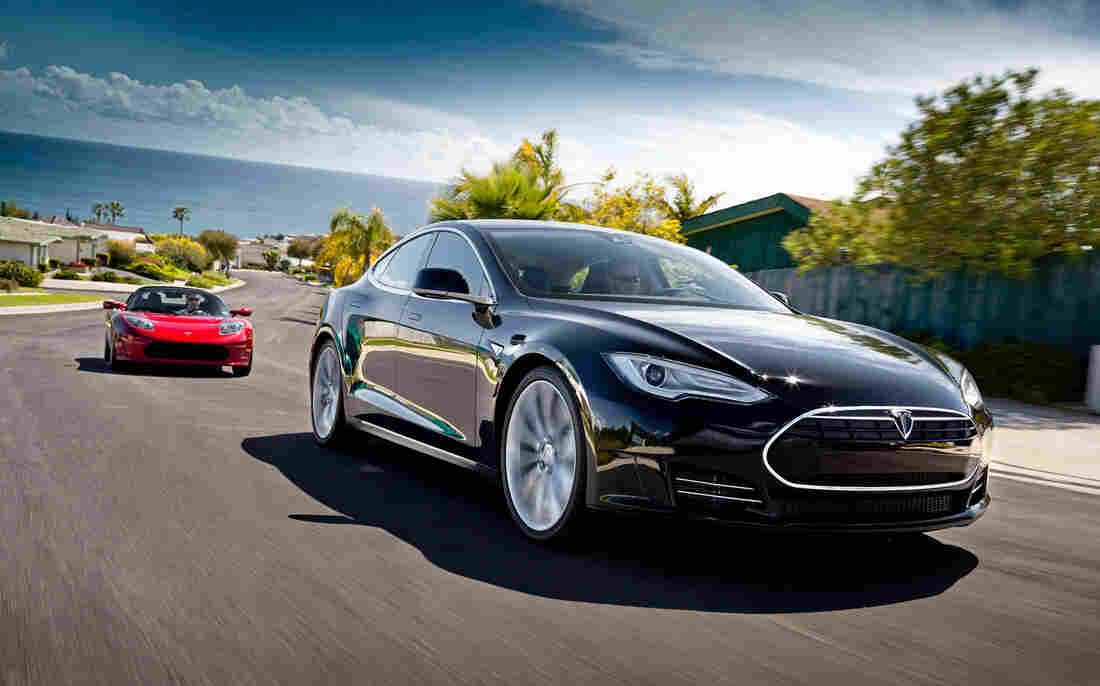 Model S Alpha, in black, and the Telsa Roadster behind it. James Lipman/Telsa hide caption 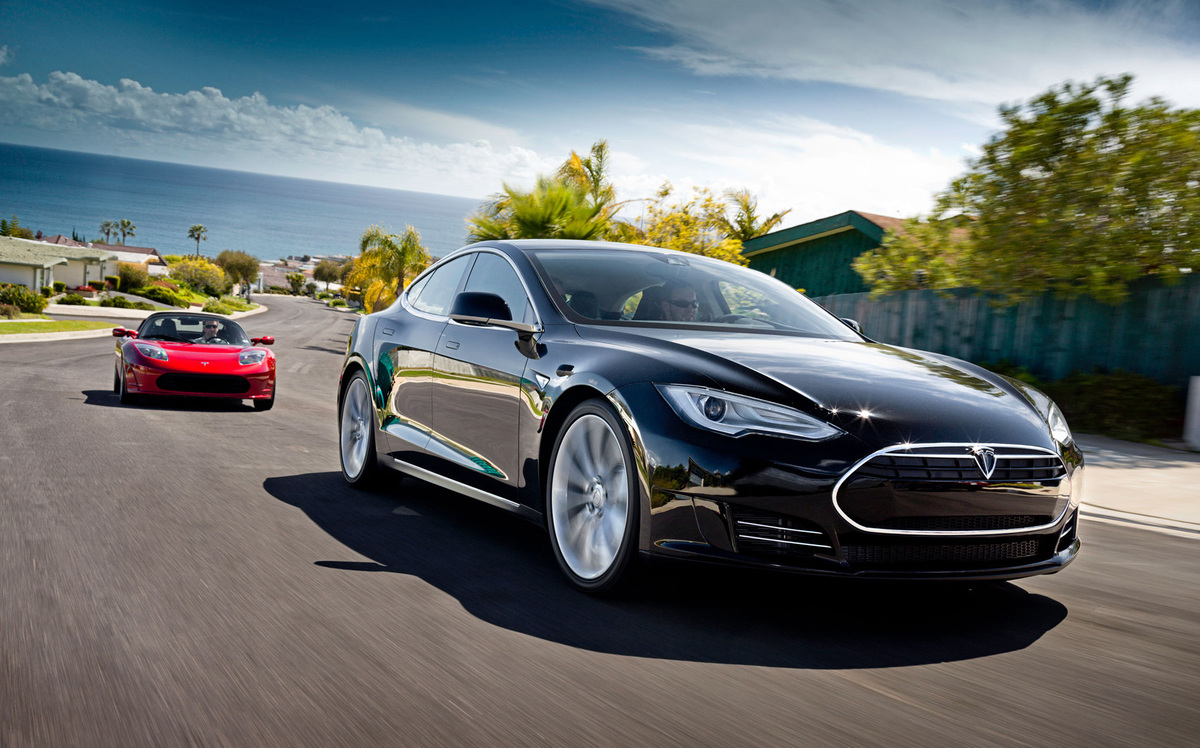 Model S Alpha, in black, and the Telsa Roadster behind it.

Motor Trend named Tesla's Model S as its Car of the Year. It is the first time in the award's 64-year history the honor goes to a car without an internal combustion engine.

"The Tesla Model S floored our panel of judges," Edward Loh, Editor-in-Chief of Motor Trend said in a press release. "The goal of the award is to name the car that best meets our six criteria, and the Tesla Model S accomplished that best. It is a testament not only to the luxury sedan and electric car segment, but to American engineering overall."

Loh stars in a video introducing the Tesla. It shows an elegant sedan that he says runs as "smooth and effortless as a Rolls Royce." It shows off the 17-inch center-console touch screen and the powerful engine that can do zero-to-60 in 3.9 seconds.

Loh says that he drove from Los Angeles to Las Vegas and back — 212 miles — on a single charge.

If you're thinking that the Model S sounds like your kind of car, the price tag is just as stunning: Depending on battery options and upgrades the car runs from $49,900 to $97,900.

If you remember, Tesla became a subject in the presidential race when Gov. Mitt Romney accused President Obama of backing "losers" like Tesla and Solyndra.

Fox News reports that during the celebration of the Motor Trend honor, Tesla CEO Elon Musk made reference to the Romney quip.

"Musk contrasted the Model S, the winner of the award, to the "loser" remark made during the campaign--by parsing the comment grammatically.

"Mr. Romney, he suggested, had gotten "the object, but not the subject" of the remark right.

"A standing-room-only crowd of Tesla owners and depositors laughed and cheered his comment."