Accessibility links
Good Giraffe : The Two-Way In Scotland, a guy was "on the loo" one day when he wondered what it would be like to dress us as a giraffe and then go around performing random acts of kindness. Six months later, he's something of a national sensation. 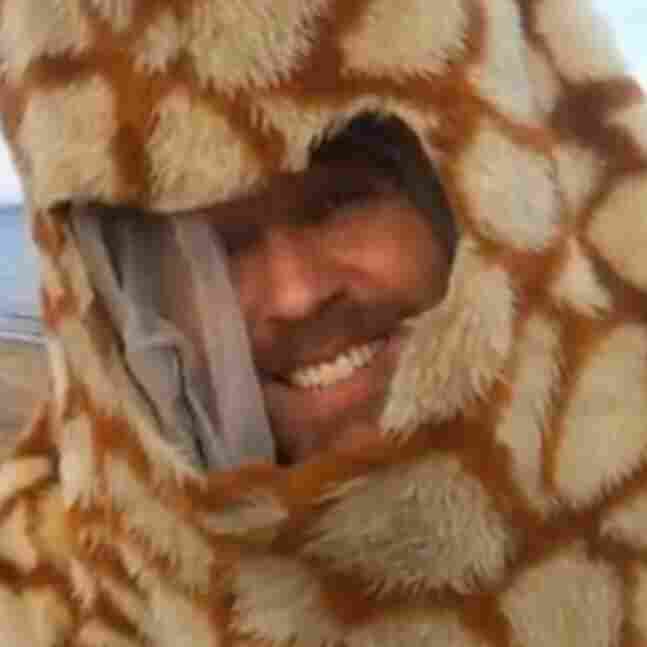 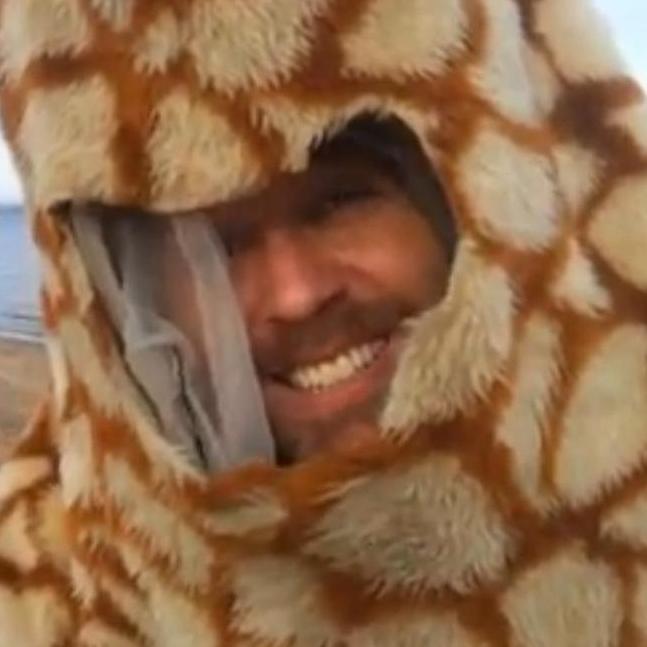 "Scotland Is Growing To Love The Good Giraffe's High Ideals:

"A Dundee man who carries out random acts of kindness while dressed as a giraffe admits the bizarre wheeze came to him during a trip to the toilet." 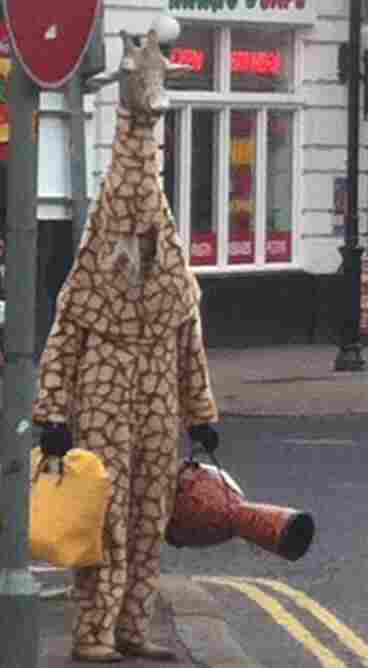 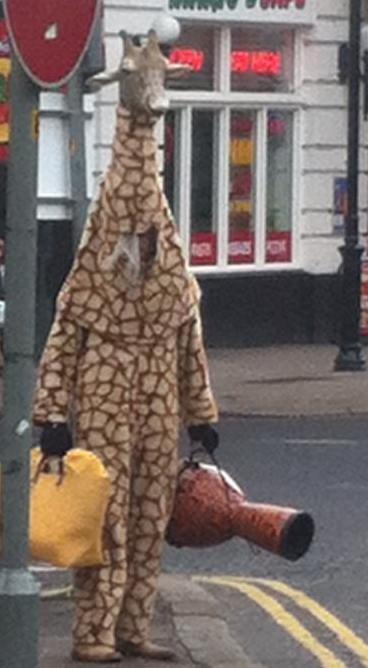 The Good Giraffe, trying to de-mean the streets of Dundee, Scotland.

How could we not want to read on after seeing that headline and teaser on the website of Scotland's The Courier?

Our friends at All Things Considered tipped us off to the story of Armstrong Baillie, who as he told The Courier, "was on the loo" when he wondered "what would happen if I dressed up as a giraffe and went around doing good deeds?"

Since asking himself that question about six months ago, the 32-year-old unemployed guy from Glasgow has been roaming the cities and villages of Scotland doing several good deeds each week. He might pick up litter one day. On another he might take a toy or two to children's ward at a hospital. He's bought coffee for cold students on a chilly day.

Baillie, who blogs about his good-deed-doing, tells NPR he chose to dress up as a giraffe because that's his favorite animal and it sort of has its head in the clouds, but its heart in the right place.

And, Baillie said in an interview blogged by Digital Journal that, "it makes me happy when I see the difference in people when they see me in the suit. It makes them happy and it makes me feel cheery."

There's video of him in action here. And there's another one of him riding on a bus.

He's not the first sort-of superhero we've posted about, of course: