Accessibility links
Will San Francisco Tell Its Nudists To Cover Up? : The Two-Way Some men in the Castro District have for years liked to go without (clothes, that is) in public. One of the city's supervisors says he's been getting many complaints. Last year, he got a law passed requiring that the naked guys have towels ready to put down on benches. Now, he's looking to do more.

Will San Francisco Tell Its Nudists To Cover Up?

Will San Francisco Tell Its Nudists To Cover Up? 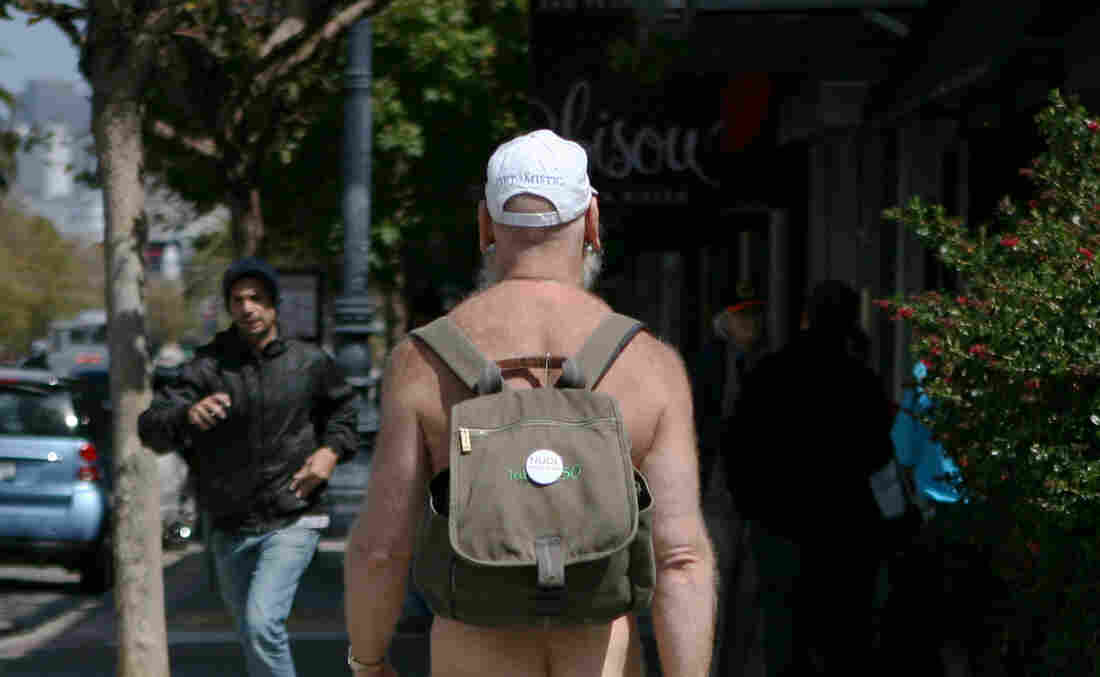 Woody Miller, a "naturist," was among the men out on Market Street in San Francisco this day. Kimhiro Hoshino/AFP/Getty Images hide caption 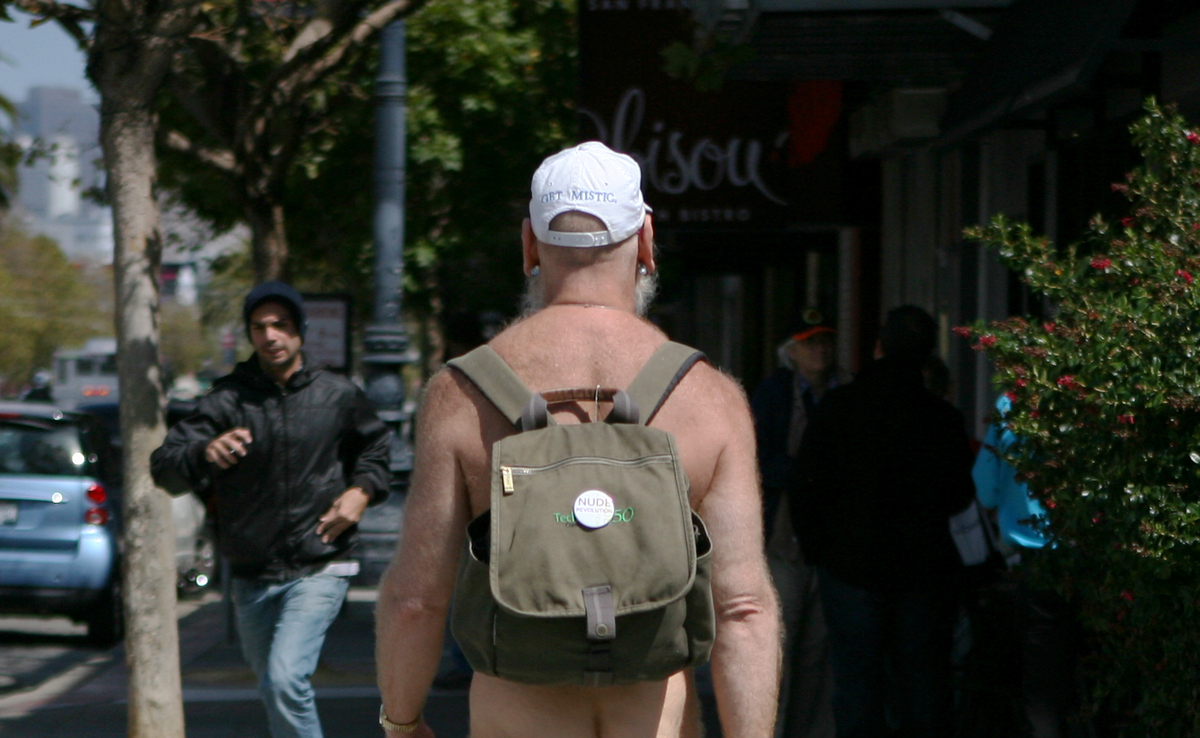 Woody Miller, a "naturist," was among the men out on Market Street in San Francisco this day.

San Francisco Supervisor Scott Wiener (yes, that's his name) says last year's law ordering those who bare everything in public to put a towel between their bottoms and public benches or restaurant seats hasn't stopped the complaints he gets about men who prefer to go without (clothes, that is) in the city's Castro District.

So Tuesday, the city's board of supervisors is scheduled to vote on an ordinance "amending the San Francisco Police Code ... to prohibit nudity on public streets, sidewalks, street medians, parklets, and plazas, and on public transit vehicles, stations, platforms, and stops, except as part of permitted parades, fairs, and festivals."

Those who enjoy being free and easy say they'll challenge the ordinance in court if it passes and is signed by Mayor Edwin Lee. A complaint already filed in federal court "alleges that [such a] ban infringes on the free speech rights of nudists and discriminates against those who cannot afford to obtain a city permit," the AP says.

Our friends at KQED revealed more about all this last month in a conversation with Wiener, Dan Schreiber of the San Francisco Examiner, Castro business owner Daniel Bergerac and nudist activist George Davis (the "nude yoga guy").