Accessibility links
5 Reasons Why The Israeli-Palestinian Fighting Is Different This Time : The Two-Way The Arab Spring and its aftermath have radically changed the dynamics in the Middle East, and this makes this round of Israeli-Palestinian fighting different from previous battles.

5 Reasons Why The Israeli-Palestinian Fighting Is Different This Time

5 Reasons Why The Israeli-Palestinian Fighting Is Different This Time 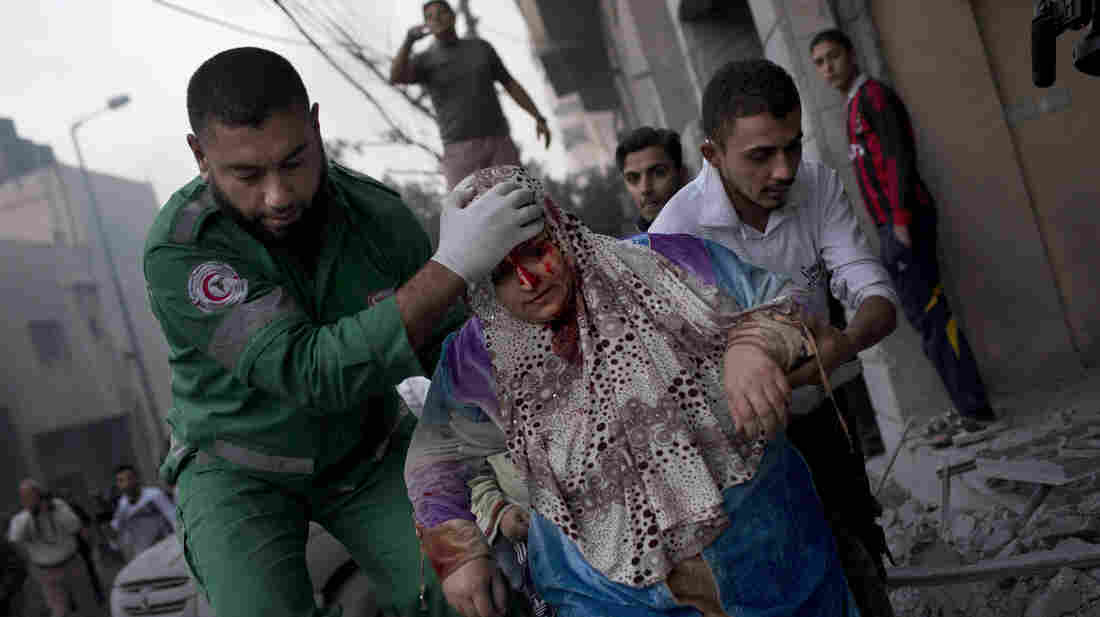 The Israelis and Palestinians have clashed repeatedly over the Gaza Strip, but the recent upheavals in the Middle East have changed the dynamics this time. Here, a Palestinian woman is helped after being injured in an Israeli strike in Gaza City on Monday. Bernat Armangue/AP hide caption 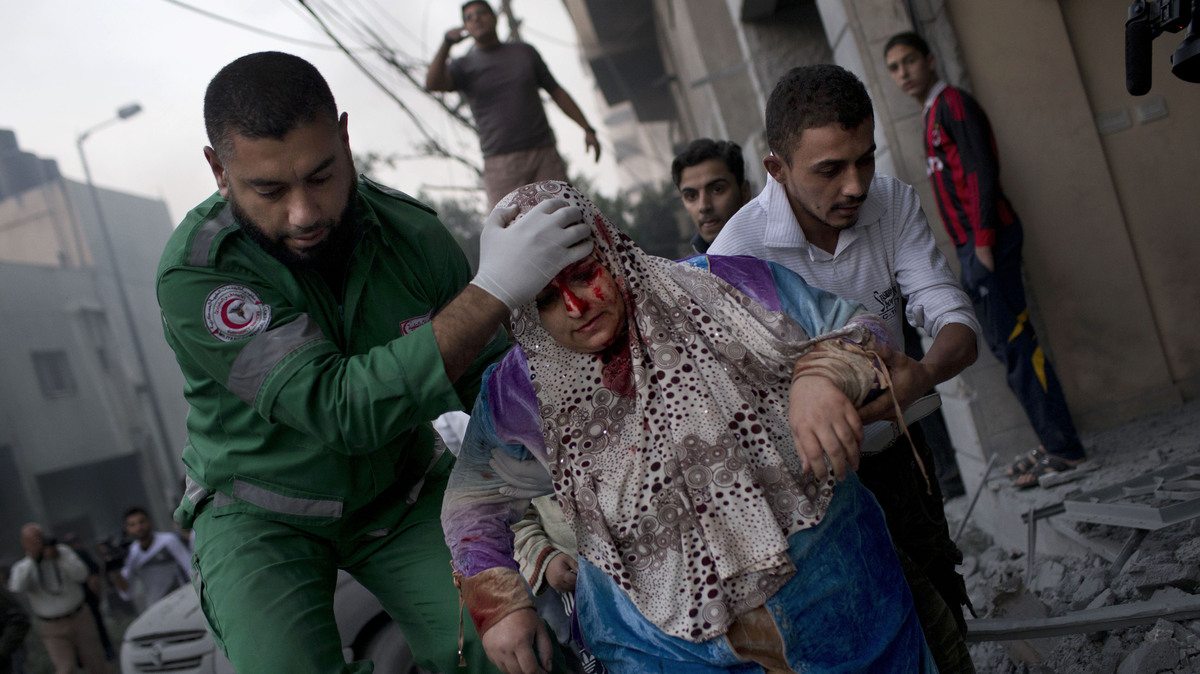 The Israelis and Palestinians have clashed repeatedly over the Gaza Strip, but the recent upheavals in the Middle East have changed the dynamics this time. Here, a Palestinian woman is helped after being injured in an Israeli strike in Gaza City on Monday.

This round of Israeli-Palestinian fighting may seem almost identical to all the battles that came before. After all, the Israelis and Palestinians waged an intense fight over the Gaza Strip just four years ago, in December 2008 and January 2009.

But since then, the Arab Spring and its aftermath have radically altered the dynamics of the Middle East. Here are several reasons to look at this clash from a different perspective:

1. Egypt's Changing Role: With the Muslim Brotherhood now running Egypt, the country's prime minister traveled to Gaza after the shooting started and visited the main Gaza City hospital to show solidarity with the Palestinians.

This reflects the close and long-standing ties between the Brotherhood and Hamas, the radical Islamist group that controls Gaza. In fact, Hamas is an offshoot of the Muslim Brotherhood.

When Hosni Mubarak was the president of Egypt, he was one of the few figures acceptable as a mediator to both the Israelis and the Palestinians. Mubarak sent aides shuttling back and forth to Israel and to Gaza to broker cease-fires.

With Mubarak gone, the burden is still falling on Egypt by default. Israel sent an envoy there for truce talks. 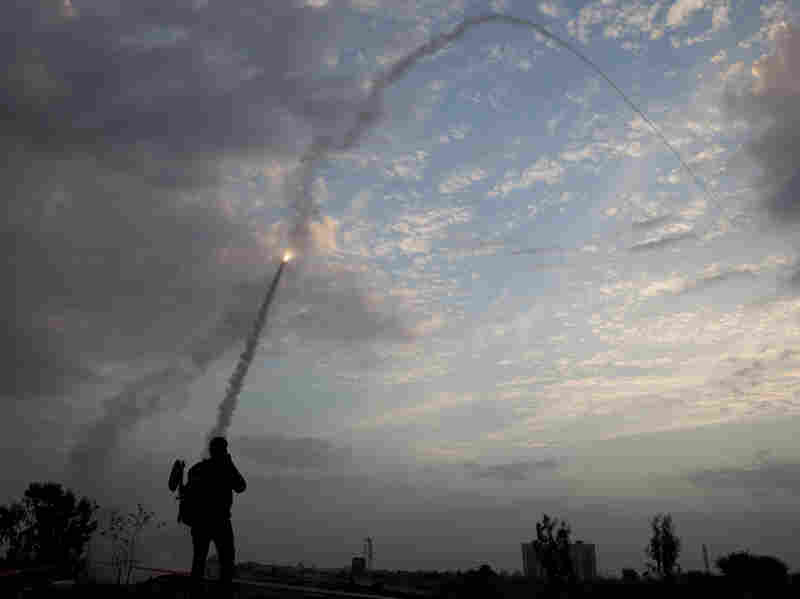 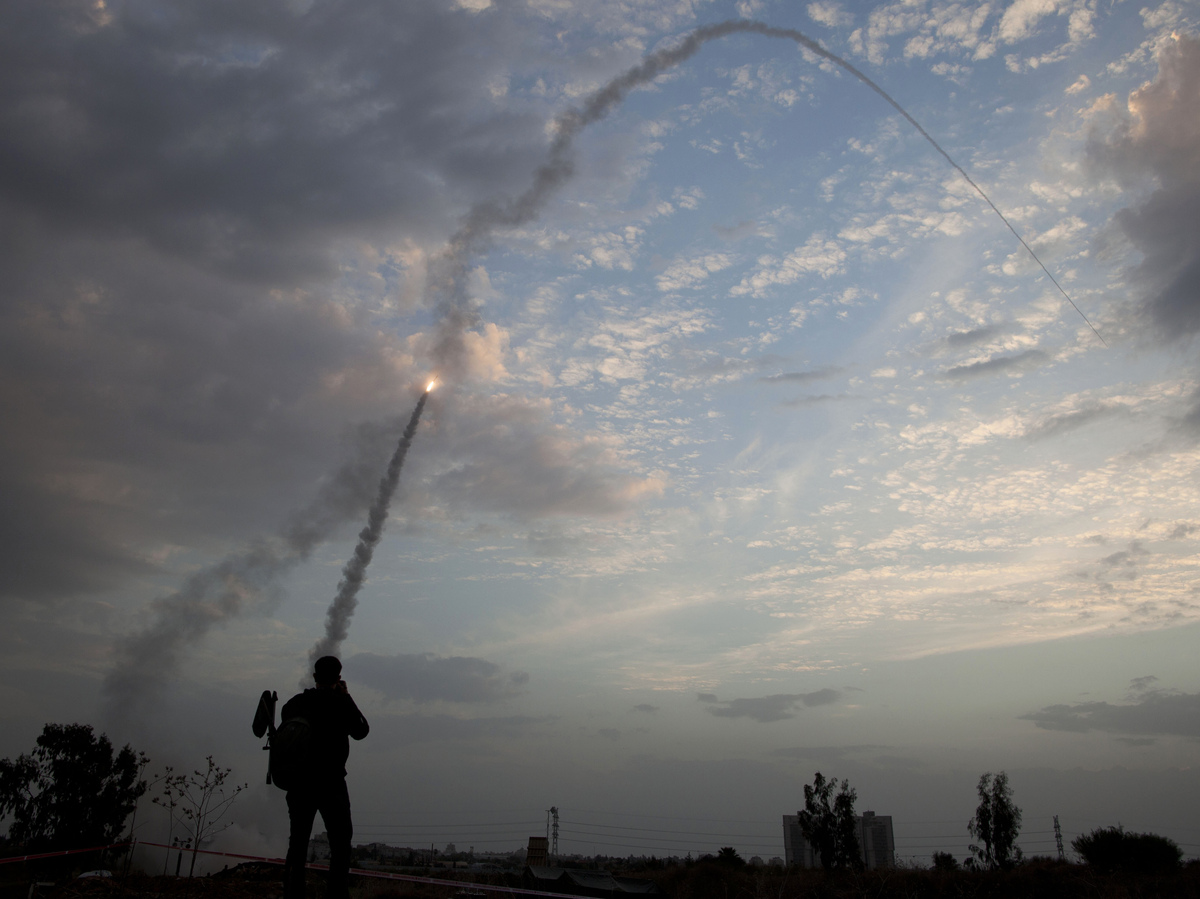 Israel says its Iron Dome missile interceptor system has been effective in combating Palestinian rockets. This Iron Dome launch in Tel Aviv was directed an an incoming rocket on Nov. 17.

However, Hamas is sure to feel far more comfortable dealing with an Egyptian government headed by the Muslim Brotherhood than it ever did with Mubarak, a staunch opponent of Islamist groups. The Israelis, in turn, are likely to be far less trusting of Egyptian President Mohammed Morsi.

2. Arab Leaders Go To Gaza: Hamas has been largely isolated since coming to power in Gaza in 2006. Its best friends have been Iran, Syria and Hezbollah in Lebanon, all pariahs in the West and the international community to varying degrees. Visits by foreign dignitaries to Gaza were exceedingly rare. Gazans have felt cut off from the world and refer to their territory as an "open-air prison."

But virtually overnight, Gaza has gone from a diplomatic black hole to diplomatic crossroads.

The emir of Qatar visited shortly before the fighting began, making him the most prominent leader to set foot in Gaza since Hamas took over. Tunisia's foreign minister, Rafik Abdesslem, visited on Saturday and said, "Israel should understand that many things have changed and that lots of water has run in the Arab river," according to Reuters.

An Arab league delegation is planning to arrive Tuesday. U.N. Secretary General Ban Ki-moon is in Cairo for talks.

Gazans clearly feel that they have more international support than in the past. Israel, which is already concerned about the rise of Islamists in many Arab states, is likely to feel even less secure about its diplomatic standing.

3. Hamas' Rockets, Israel's Iron Dome: Previous bloodlettings in Gaza took place in a very confined space. Israel fenced off Gaza years ago to prevent Palestinian militants from getting out, and Palestinian homemade rockets could only travel a few miles into southern Israel.

Now Palestinian rockets can reach Tel Aviv and Jerusalem — Israel's two largest and most important cities — which are in the center of the country. Symbolically and psychologically, Hamas poses a more significant threat with these more powerful weapons, which came from Iran, according to the Israeli military. 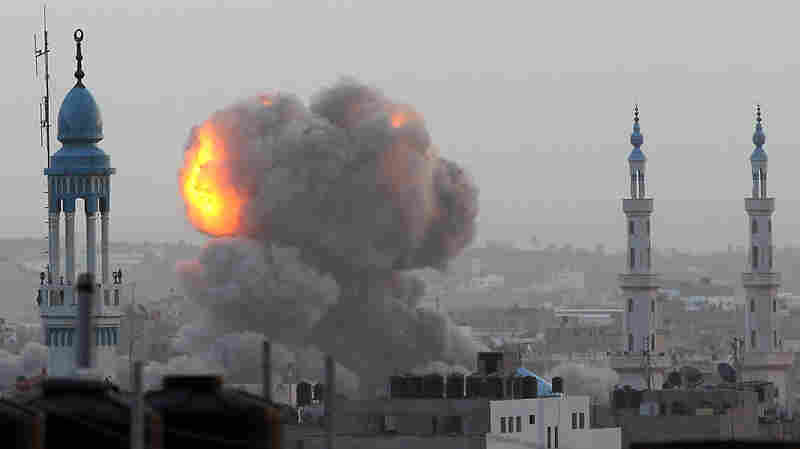 An Israeli airstrike in Gaza City on Nov. 17. More than 80 Palestinians and three Israelis have been killed in the fighting. Majdi Fathi/AFP/Getty Images hide caption 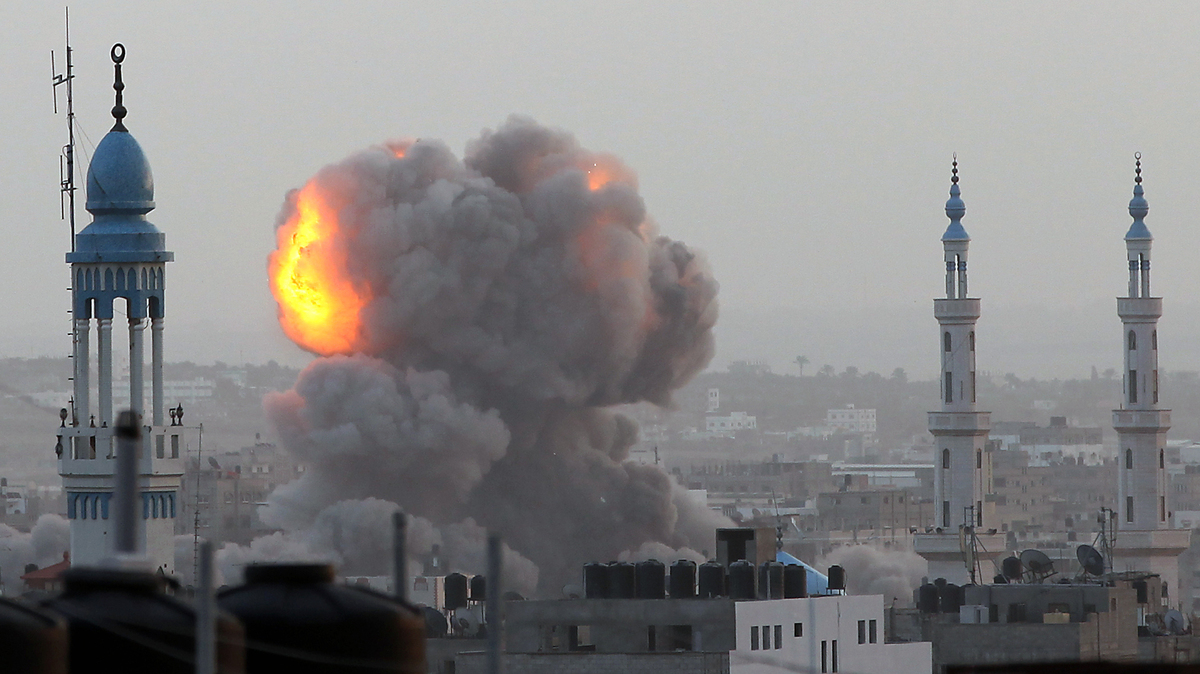 An Israeli airstrike in Gaza City on Nov. 17. More than 80 Palestinians and three Israelis have been killed in the fighting.

To counteract the fire from Gaza, Israel has built the Iron Dome missile interceptor system. Incoming Palestinian rockets are regularly shot down while still in flight. Israel has been extremely pleased with the performance of the system, built with the help of U.S. money and technology.

However, as Sheera Frenkel reported from Israel for Morning Edition, the success of Iron Dome may be making Israelis a bit too casual about incoming rockets. When air raid sirens go off, some Israelis no longer race to take cover. Instead, they look to the sky in hopes of seeing the Iron Dome take out an incoming rocket.

4. The Absence Of A Peace Process: Peace negotiations have been virtually nonexistent in recent years. As a result, when clashes erupt, the diplomatic goals have been modest, seeking only to halt the immediate fighting.

At present, few entertain the notion of a full-fledged Israeli-Palestinian peace agreement despite an almost universal belief this is what's needed to prevent the recurring clashes.

"When fighting flares over Gaza, world leaders and pundits scamper to the same old and feeble solution: a ceasefire. But that 'magic' formula has never worked well and won't succeed now, at least for long," Leslie Gelb, of the Council of Foreign Relations, writes at The Daily Beast.

5. U.S. Skittishness In The Middle East: U.S. foreign policy has been dominated by crises in the Middle East for more than a decade, and there's no apparent desire to wade into another one.

U.S. troops are gone from Iraq, but President Obama is still dealing with the military drawdown in Afghanistan, the uproar over the attack on the U.S. mission in Libya, and the tensions surrounding the Iranian nuclear program.

The U.S. has been strongly supportive of Israel and blamed the Hamas rocket attacks for the latest escalation. But like Israel, the U.S. considers Hamas a terrorist group and does not deal with it. Therefore, an end to the fighting seems likely to be worked out primarily, if not entirely, among the parties in the Middle East.