Accessibility links
27 Animals In 'Hobbit' Movie Died At Farm Where They Were Housed : The Two-Way Three horses and two dozen smaller animals reportedly died. Wranglers say there were sink holes and other "death traps" on the property. The movie production company later paid for improvements at the farm. Director Peter Jackson's movie premieres later this month. 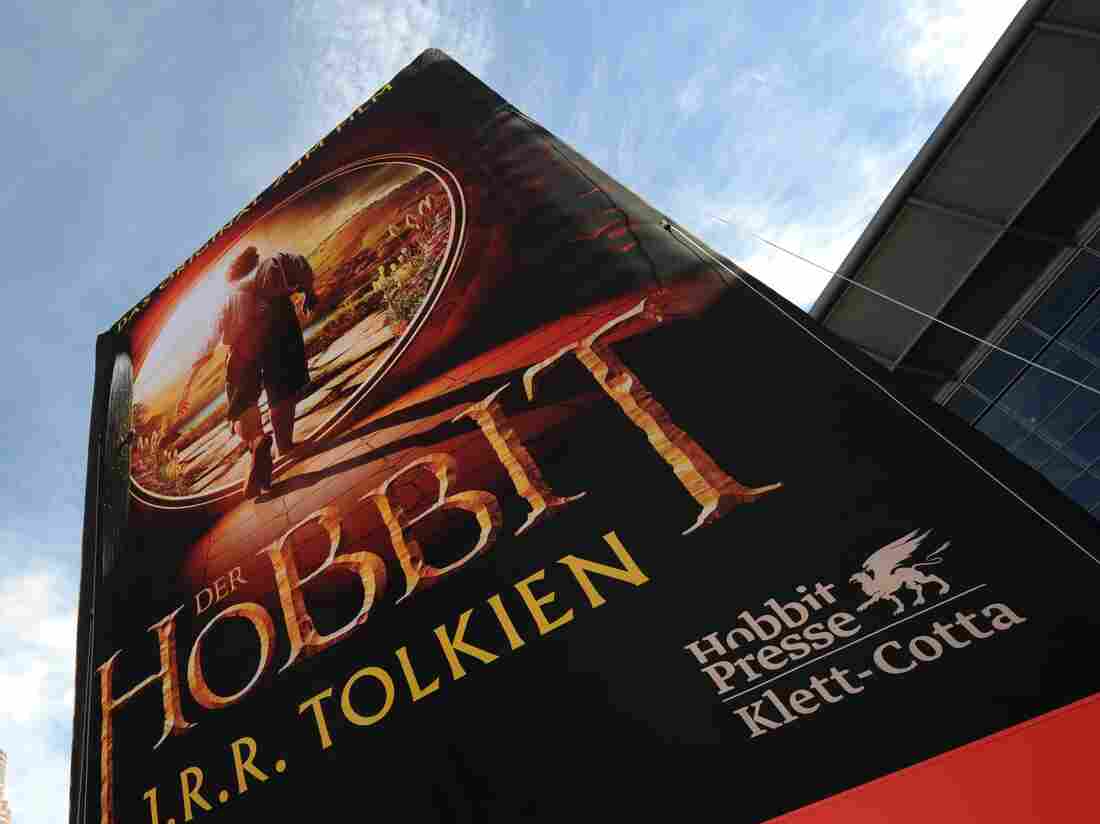 A promotion for J.R.R. Tolkien's classic, which is now being made into a movie trilogy, at the Frankfurt Book Fair last month. Arne Dedert /EPA /LANDOV hide caption 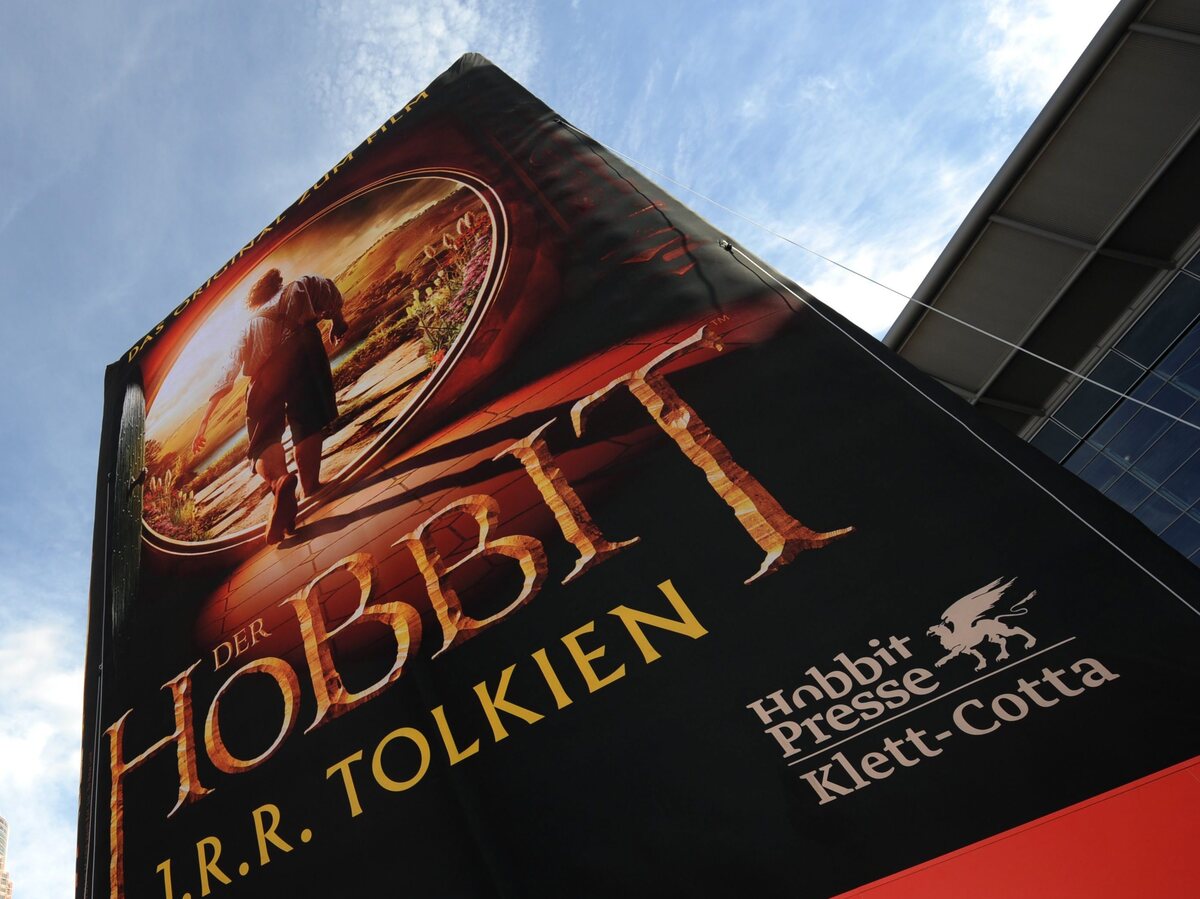 A promotion for J.R.R. Tolkien's classic, which is now being made into a movie trilogy, at the Frankfurt Book Fair last month.

Just days before the movie's premiere, there's word that during the filming of director Peter Jackson's The Hobbit: An Unexpected Journey as many as 27 animals used in its production died at the farm in New Zealand where they were housed.

Animal wranglers tell The Associated Press that there were "bluffs, sinkholes and other 'death traps' " at the farm. Three horses died, along with "six goats, six sheep and a dozen chickens."

The wire service adds that "wrangler Chris Langridge said he was hired as a horse trainer in November 2010, overseeing 50 or so horses, but immediately became concerned that the farm was full of 'death traps.' He said he tried to fill in some of the sinkholes, made by underground streams, and even brought in his own fences to keep the horses away from the most dangerous areas. Ultimately, he said, it was an impossible task. He said horses run at speeds of up to 30 mph and need to be housed on flat land: 'It's just a no-brainer.'

"The first horse to die, he said, was a miniature named Rainbow."

The American Humane Association, which says it "monitored all of the intense animal action in The Hobbit during May through November 2011 when the animal action scenes were filmed," adds that:

According to the AP, Jackson spokesman Matt Dravitzki "acknowledged that horses, goats, chickens and one sheep died at the farm near Wellington where about 150 animals were housed for the movies, but he said some of the deaths were from natural causes."

In response to the news, People for the Ethical Treatment of Animals has launched an online petition to tell filmmakers "that hurting and killing animals for a film is unacceptable" and is urging movie fans to "refuse to see movies that do."

Jackson plans to film a Hobbit trilogy (as he did with Lord of the Rings).

An Unexpected Journey premieres Nov. 28 in New Zealand and opens in the U.S. and around the world next month.