Accessibility links
basketball : The Two-Way Sophomore guard Jack Taylor of Iowa's Grinnell College shot and shot and shot some more. He smashed the old individual NCAA record, set in 1954, of 113 points. "I am very exhausted," he said afterward. 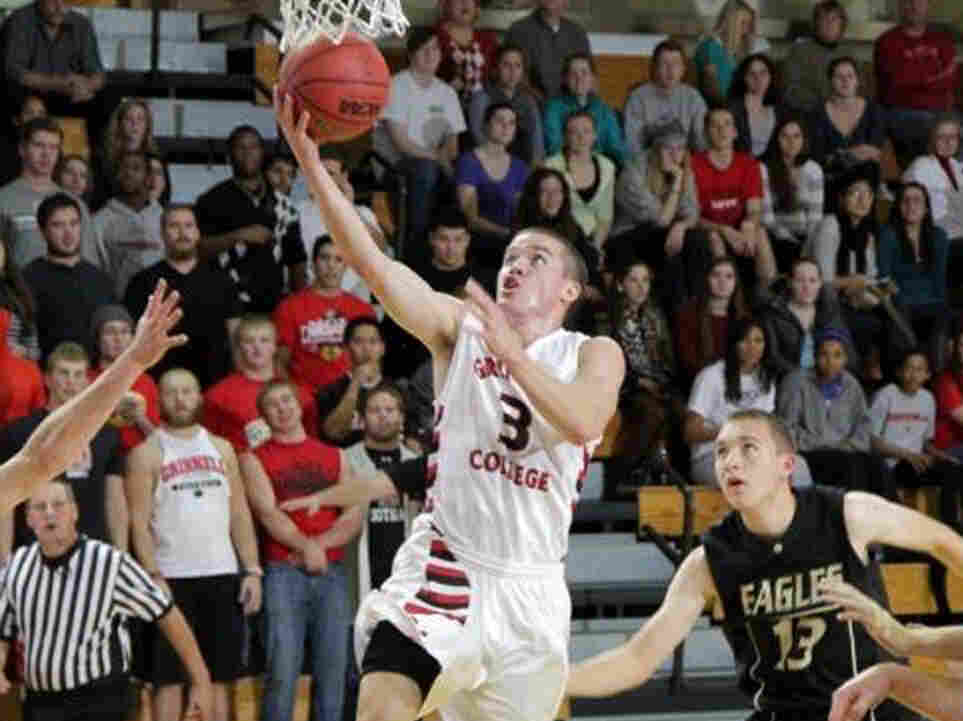 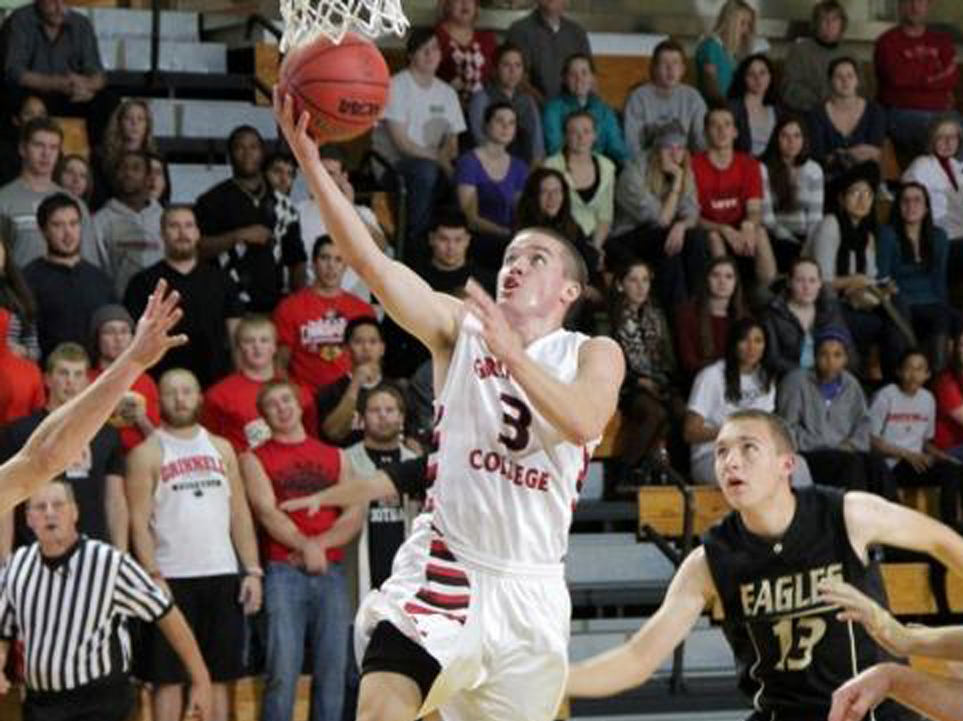 Going for the record: Grinnell College's Jack Taylor during Tuesday night's game, in which he scored 138 points.

We are not making this up:

"I am very exhausted," he said, not too surprisingly, after the game.

Let's run some of the numbers:

-- Taylor, reports The Des Moines Register, played 36 of the game's 40 minutes. During his time on the court, he launched 108 shots. That's one every 20 seconds, by our count.

-- Taylor sank 52 of those shots from the court. They included 27 three-pointers.

According to the Register, coach David Arseneault, "now in his 24th year at Grinnell, is known for starting a scoring revolution. His teams fire 3-point shots at will, and substitutes move swiftly into the game like hockey line shifts. In 2011, Grinnell's Griffin Lentsch set an NCAA Division III single-game scoring record with 89 points in a game against Principia."