Accessibility links
How Did Thanksgiving End Up On The Fourth Thursday? : The Two-Way Why not on a Friday? And why not the last Thursday? There is an explanation. But you have to go back to things decreed by presidents Washington, Lincoln and Roosevelt (FDR, that is).

Snippet of a letter F.B. Haviland sent to President Hoover in 1929 asking him to move Thanksgiving to Friday. National Archives hide caption

Didn't happen. But while we're on the subject, ever wonder why we carve our gobblers on the fourth Thursday of November? Hint: It's not because Thanksgiving Thursday is more alliterative than Thanksgiving Friday.

In 1789, President Washington declared Thurs., Nov. 26, as a "Day of Publick Thanksgivin," according to the National Archives. But in the years following, the date for the holiday was announced by presidential proclamation and celebrated on various days and months. When President Lincoln made his Thanksgiving proclamation in 1863, the last Thursday of November became standard.

Then came the big date dispute of 1939 when two Thanksgiving holidays were observed.

You see, according to the Franklin D. Roosevelt Presidential Library and Museum, a five-Thursday November fell in 1933 and some retailers asked President Roosevelt to move the holiday up a week.

A snippet of a 1933 letter from the Downtown Association of Los Angeles asking President Roosevelt to push back Thanksgiving by a week. Franklin D. Roosevelt Library and Museum hide caption

The president denied the request and Americans ate their turkey on the last Thursday as always in 1933.

But, Roosevelt was president for a long time, long enough for another five-Thursday November to roll around in 1939. Once again, some business leaders asked if the date for the holiday could be a week earlier to give people more time to shop for Christmas, and this time Roosevelt agreed to do it. This raised a hue and cry as many people felt that he was catering to large retailers so they could make more money.

A few governors decided their states would have Thanksgiving on the last Thursday of the month as usual and that's how some people ended up celebrating it a week earlier or later than others. For two years.

Now you have a story to tell over Thanksgiving dinner. You're welcome. 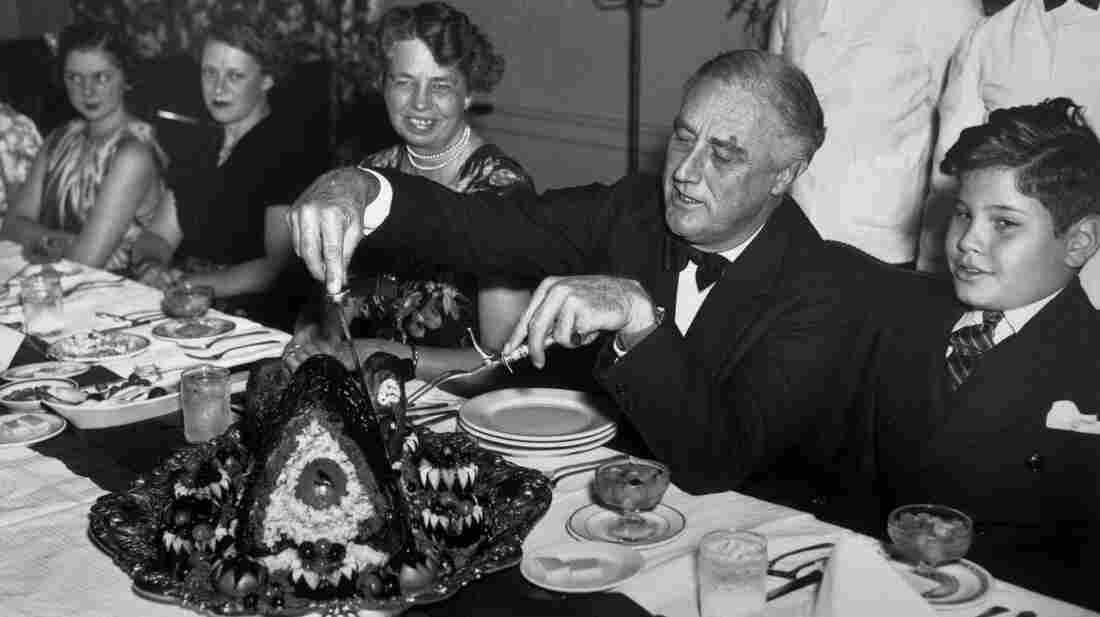 President Roosevelt celebrating Thanksgiving with polio patients at the Warm Springs Foundation for Infantile Paralysis Sufferers the Friday after the national holiday in 1938. Bettmann/Corbis/AP hide caption 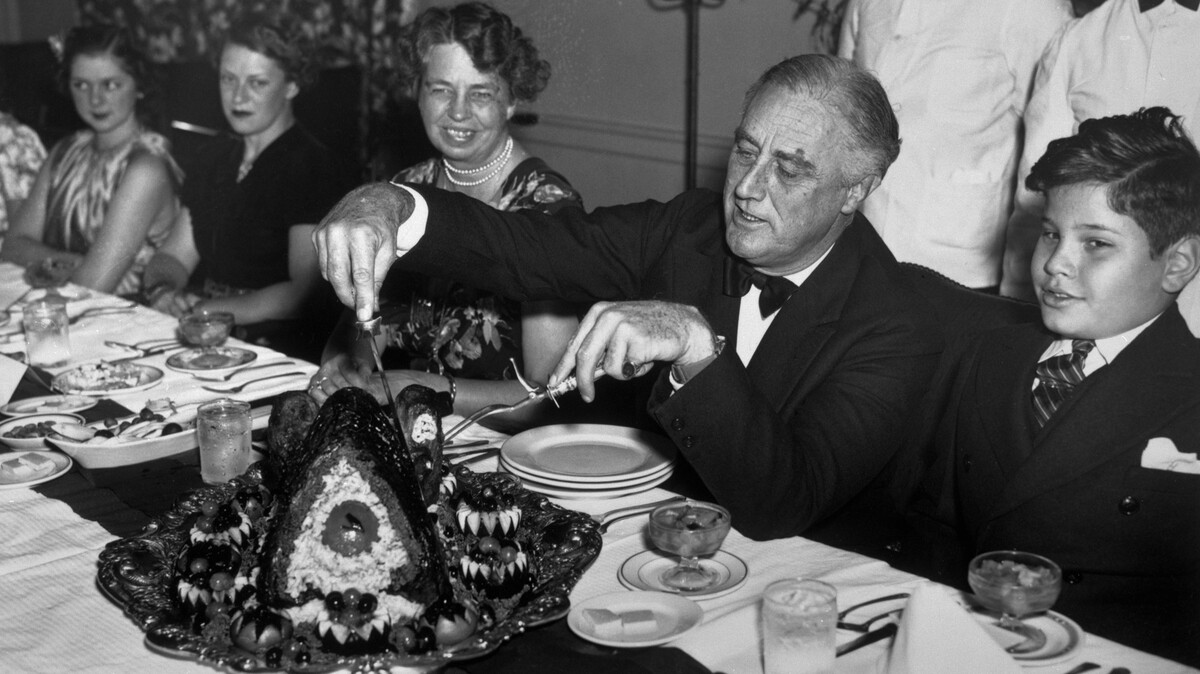 President Roosevelt celebrating Thanksgiving with polio patients at the Warm Springs Foundation for Infantile Paralysis Sufferers the Friday after the national holiday in 1938.