Accessibility links
Egyptians Take To The Streets After President Expands Powers : The Two-Way Egypt's President Mohammed Morsi won high praise for brokering the cease-fire between Israel and Hamas in the Gaza Strip. But protesters in several Egyptian cities denounced him on Friday after he gave himself sweeping powers.

Egyptians Take To The Streets After President Expands Powers

Egyptians Take To The Streets After President Expands Powers 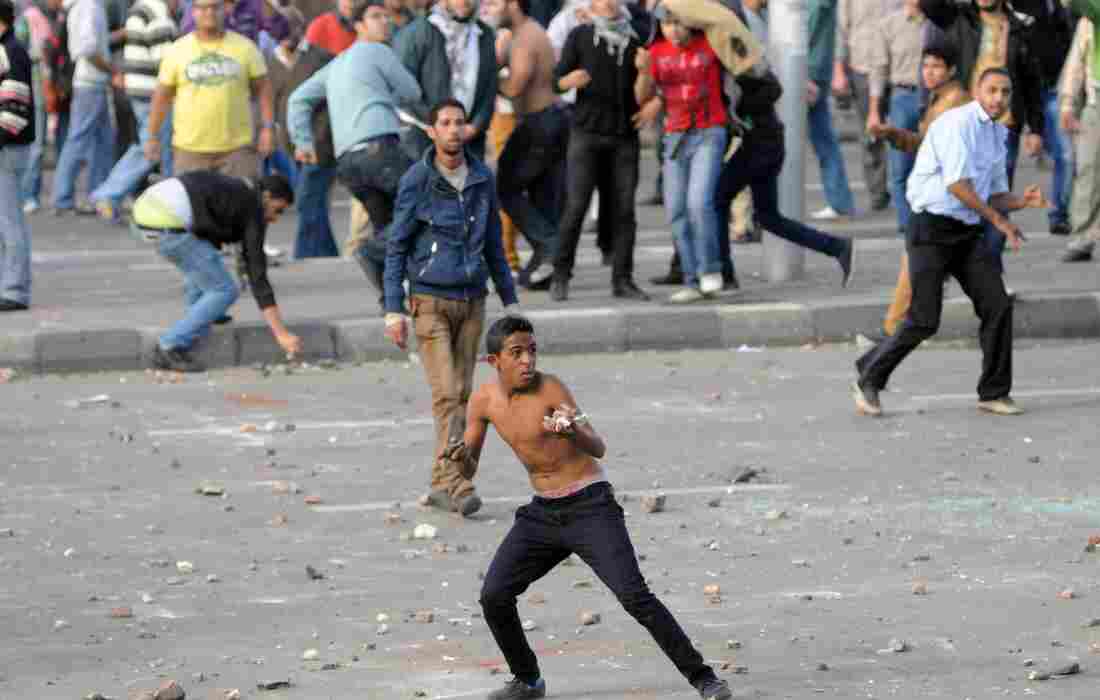 Egyptian opponents and supporters of President Mohammed Morsi clashed here in Alexandria and in other cities on Friday. The protests broke out a day after Morsi gave himself sweeping new powers. AFP/Getty Images hide caption 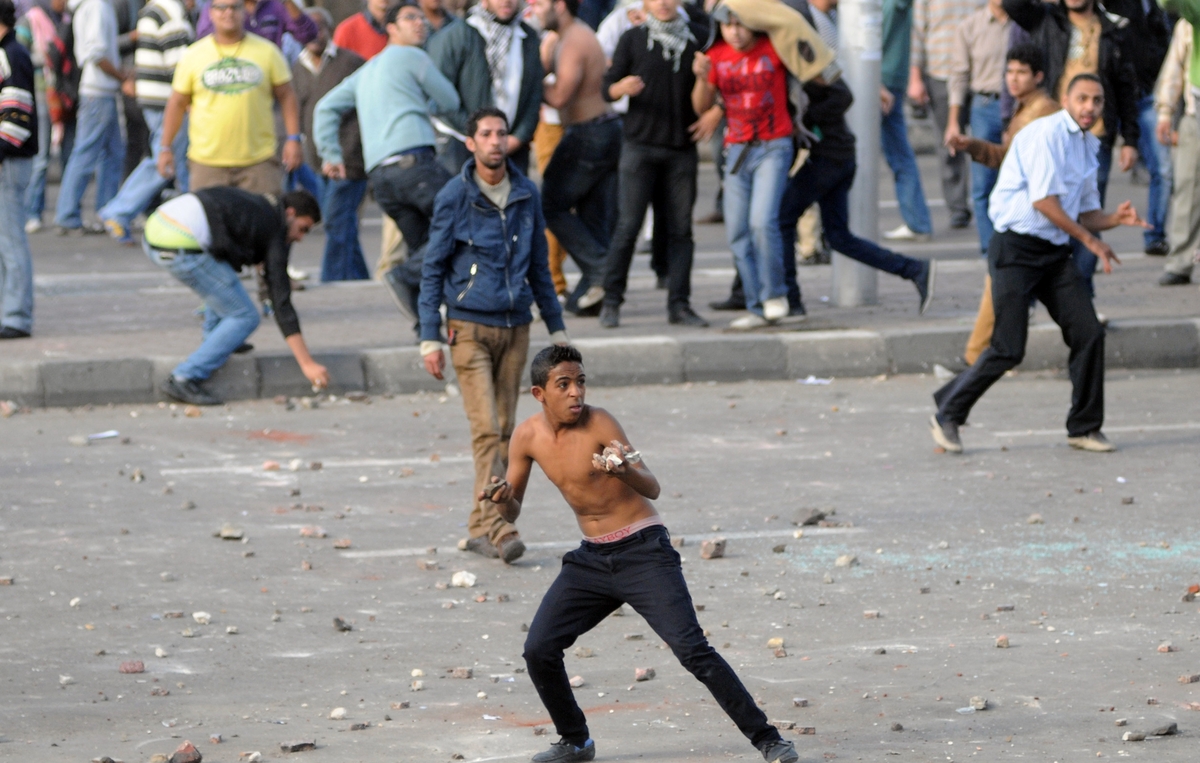 Egyptian opponents and supporters of President Mohammed Morsi clashed here in Alexandria and in other cities on Friday. The protests broke out a day after Morsi gave himself sweeping new powers.

Egyptian President Mohammed Morsi was showered with international praise on Wednesday as he brokered a cease-fire between Israel and Hamas in the Gaza Strip.

On Friday, he was the target of angry protesters in Cairo's Tahrir Square as they denounced Morsi's decision to grant himself sweeping new powers a day earlier.

The demonstrators clashed with Morsi's supporters from the Muslim Brotherhood in Cairo and several other cities, vividly illustrating the unresolved political issues in Egypt nearly two years after the revolution that ousted the former president, Hosni Mubarak.

Morsi announced his expanded authority on Thursday, saying it would only be temporary until a new parliament and a new constitution were put in place.

NPR's Leila Fadel, reporting from Cairo, told Morning Edition that with these decrees, "there's no way at this point to question anything that Mohammed Morsi does."

"There is a real concern that Egypt is becoming a dictatorship again under Mohammed Morsi and the Muslim Brotherhood leadership," she added.

The Associated Press noted that Morsi does have his backers:

"The president's supporters cast the decrees as the next logical step to consolidate the gains of the 2011 uprising that overthrew Mubarak, and the only way to break through the political deadlock preventing the adoption of a new constitution. Courts dissolved both parliament and an earlier constitutional assembly earlier this year, and were weighing cases on whether to dissolve it again."

But Morsi's critics said the move was reminiscent of Mubarak and other Arab autocrats who were targeted in the Arab uprisings.

The Muslim Brotherhood and other Islamists dominated elections in Egypt after the revolution. Young, secular Egyptians who led the protests against Mubarak say they have been marginalized since his overthrow.