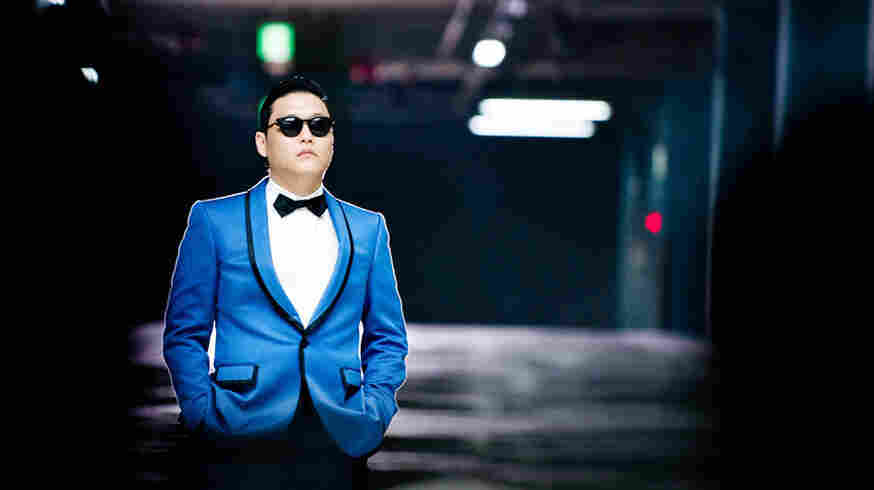 Korean rapper PSY is responsible for the song Gangam Style, whose flashy and humorous video has brought K-pop to new ears. Courtesy of the artist hide caption 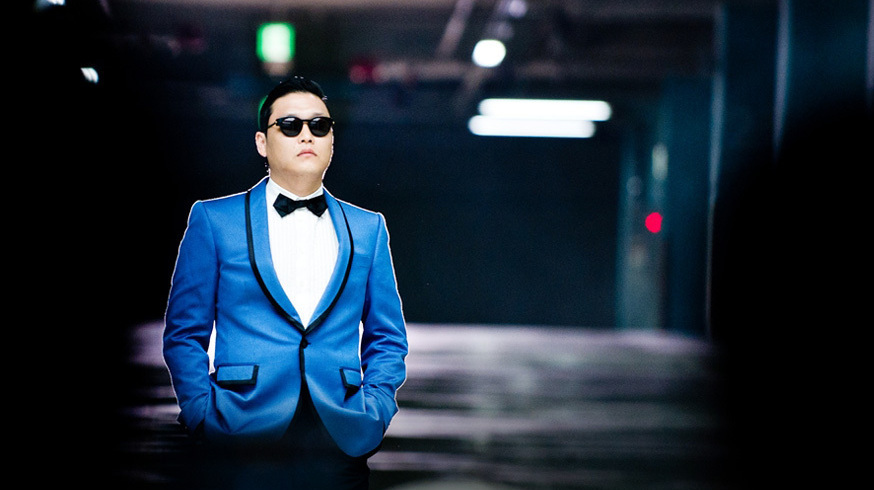 Korean rapper PSY is responsible for the song Gangam Style, whose flashy and humorous video has brought K-pop to new ears.

South Korean pop star PSY has galloped his way to the top of the YouTube charts with his music video, Gangnam Style. As of Saturday afternoon, YouTube says, it is the most-viewed video of all time on the site. It now has more than 810 million views.

"The velocity of popularity for PSY's outlandish video is unprecedented," YouTube says in its Trends blog.

Gangnam Style dethroned Justin Bieber's music video, Baby, which took the most-viewed title in July 2010. Other top videos include On the Floor by Jennifer Lopez and LMFAO's Party Rock Anthem.

In an interview with NPR, PSY (whose real name is Park Jae-Sang), explained what "Gangnam Style" is:

Psy's dance includes a signature move that represents trotting on a horse, holding the reins. In the goofy and colorful video, Psy moves between solo dances through city streets to group dances in a horse stable, and from sun bathing bright pink shorts to relaxing in a spa.

As the video was picked up around the world, it inspired a number of spinoffs, featuring everyone from world leaders to students. Chinese dissident and activist Ai Weiwei gave his spoof a political twist, and it was quickly banned in China.

NPR's Zoe Chace reported in October that the pop video "is not some viral fluke." She says it's the product of a build-up of the country's distinct music industry that has been in the works for two decades.