Accessibility links
'Cyber Monday,' 'Giving Tuesday;' Then 'Weeping Wednesday?' : The Two-Way There are clever names for many of the holiday season's key shopping days. Today's is in honor of what's said to be the biggest online shopping day. Tuesday's aims to get people to be charitable. Maybe Wednesday's should be for when the bills come in? 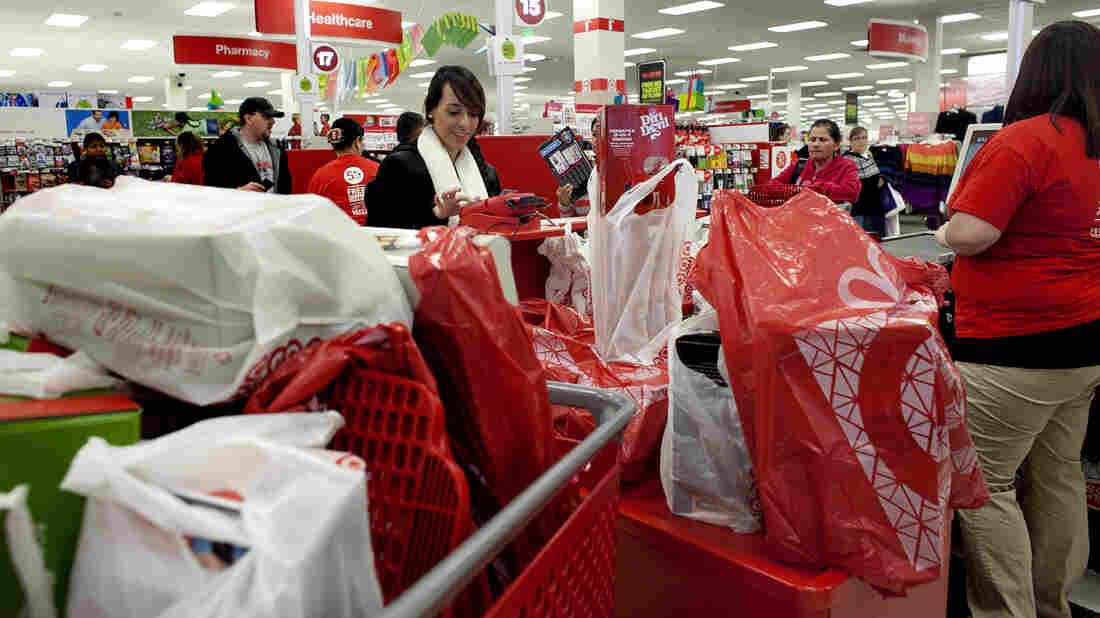 The scene at the registers in a Braintree, Mass., Target store on Black Friday. Allison Joyce/Getty Images hide caption 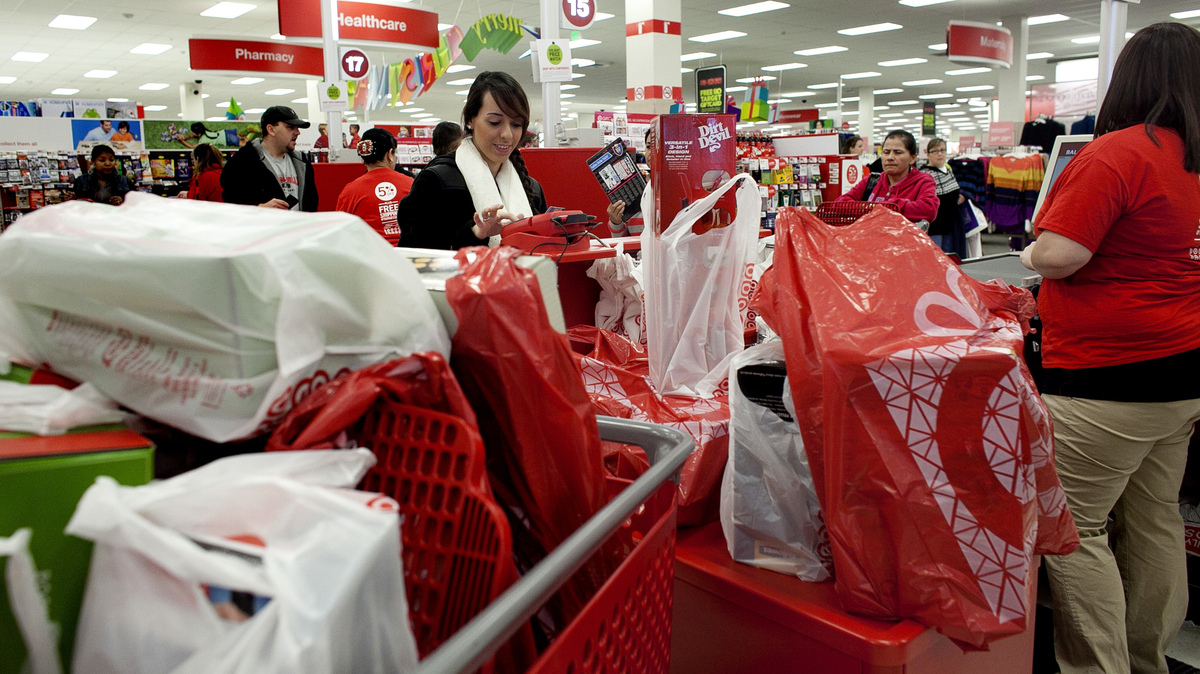 The scene at the registers in a Braintree, Mass., Target store on Black Friday.

After Grey Thursday, Black Friday, Small Business Saturday and No Clever Name For It Sunday, we're on to Cyber Monday and already looking ahead to Giving Tuesday.

Which raises a question: What about Wednesday?

The Sunday of the first big shopping season of the holidays doesn't seem to have been given a special name by the news media or the retail industry. It sort of gets lumped into the Black Friday hooh-hah. Maybe there's also a smidgen of respect for Sunday.

But what about the middle of this week, following all the fuss? At least one Twitter user (DJ Official) is suggesting "Weeping Wednesday ... the day after you get the bill."

Of course, it won't be a Weeping Wednesday for somebody if he or she (or they) win the record Powerball jackpot — now set at around $425 million.

We'd welcome other suggestions for Wednesday in the comments thread.

As for the news about how the holiday shopping season is going and what it bodes for the economy:

-- "While holiday shopping appeared to be off to a good start, analysts cautioned against reading too much into one weekend's numbers. Retailers have to sustain the initial burst through the November-December holiday season, which can account for a third of annual sales and 40 to 50 percent of profits for the year." (Reuters)