Accessibility links
U.N. Committee Calls For An End To Centuries-Old Practice Of 'Baby Boxes' : The Two-Way The committee says that allowing parents to anonymously abandon newborns only encourages the practice. But others say it saves lives by preventing infanticide.

U.N. Committee Calls For An End To Centuries-Old Practice Of 'Baby Boxes'

U.N. Committee Calls For An End To Centuries-Old Practice Of 'Baby Boxes' 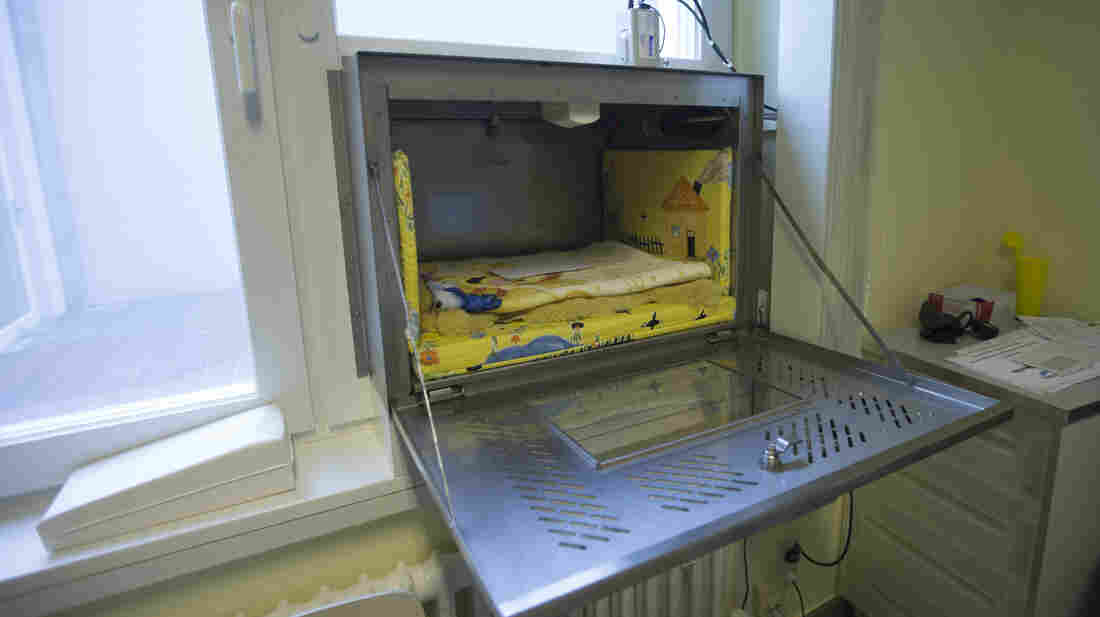 A baby hatch that is fixed in a window at Waldfriede Hospital in Berlin. Mothers can bring unwanted babies and leave them anonymously. Baby boxes are a revival of the medieval "foundling wheels," where unwanted infants were left in revolving church doors. Markus Schreiber/AP hide caption 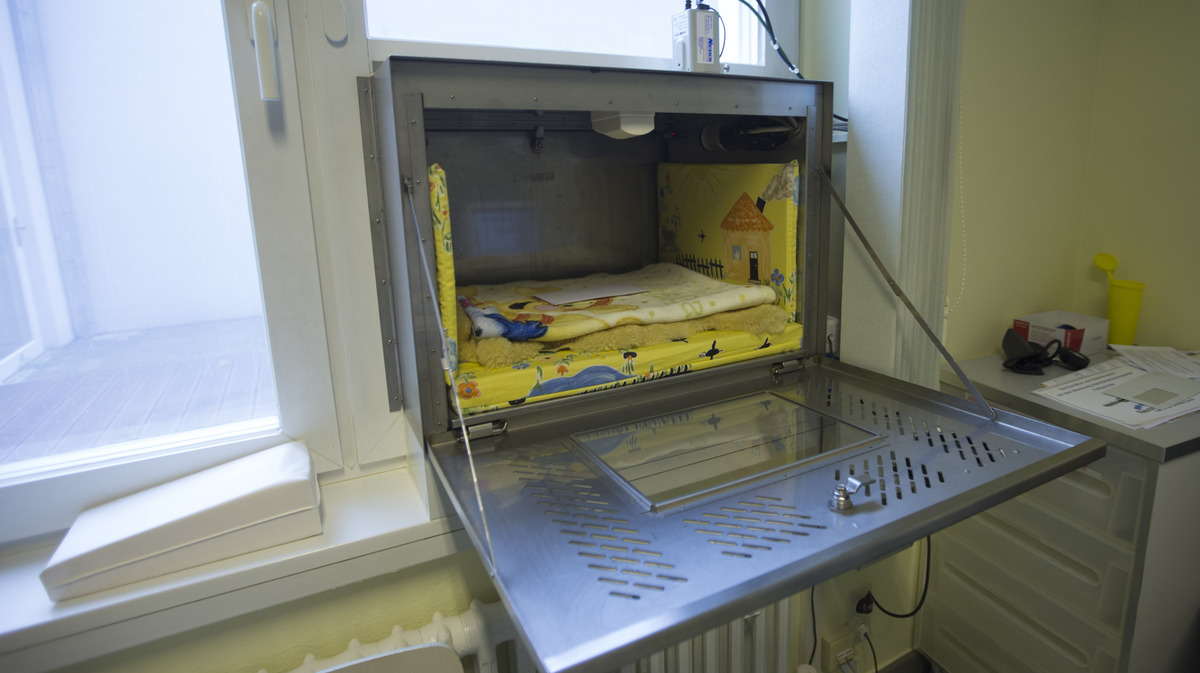 A baby hatch that is fixed in a window at Waldfriede Hospital in Berlin. Mothers can bring unwanted babies and leave them anonymously. Baby boxes are a revival of the medieval "foundling wheels," where unwanted infants were left in revolving church doors.

For centuries, European mothers who felt they were incapable of caring for a newborn could leave the baby in a "foundling wheel," a rotating crib set up at the entrance to a convent or a place of worship.

Today, there's a debate over the modern version of the practice: the baby box.

At least 11 European countries, as well as Russia and India, now have baby boxes, sometimes known as baby windows or hatches.

A little door, usually outside of hospitals or charity organizations, leads to a padded, insulated cradle equipped with motion detectors to alert nurses. There are no security cameras, allowing an adult to discreetly and safely leave a child.

All U.S. states have some form of "safe haven" or "Baby Moses" laws that allow parents to hand over infants at places like hospitals or police stations.

But in a meeting last month, the United Nations Committee on the Rights of the Child decided that baby boxes only encourage parents to give away babies, and is now advocating for a complete ban on the practice.

Maria Herczog, a child welfare advocate and member of the committee, argued that the boxes are a bad message for society, and that children may be abandoned by male relatives or pimps, against a mother's wishes.

"These boxes violate children's rights and also the rights of parents to get help from the state to raise their families," she says.

According to the U.N. Convention on the Rights of the Child, all children have the right to know who their parents are, and their own identity.

Supporters of the baby boxes say they save lives.

More than two dozen politicians from the Czech Republic recently signed a letter defending the practice, saying, "The primary aim of baby hatches, which [have] already saved hundreds of newborns, is to protect their right to life and protect their human rights."

Combating infanticide is the main argument for many baby box programs.

In India and many other countries, baby boys are often favored over baby girls. In May, The Atlantic reported that around 390 boys and 2,400 girls have been left in baby boxes in the southern Indian state of Tamil Nadu since 1992.

In 2007, the Indian government proposed that a network of cradles be set up around the country in an attempt to stop female infanticide.

Between 2010 and 2011, Russian authorities found 268 killings of newborns, according to The Associated Press. The country now has 10 baby boxes. At one facility earlier this year, a newborn girl, just 5 days old, was left in one with her birthday written, along with her name — Margarita.

Sophia Jones is an intern with NPR News.