Accessibility links
Ambassador Susan Rice Is Financially Tied To Keystone Pipeline Company : The Two-Way If she becomes secretary of state, Rice would get to decide the fate of the controversial oil pipeline. Financial disclosure forms show the U.N. ambassador has a financial stake in the company that wants to build the pipeline. 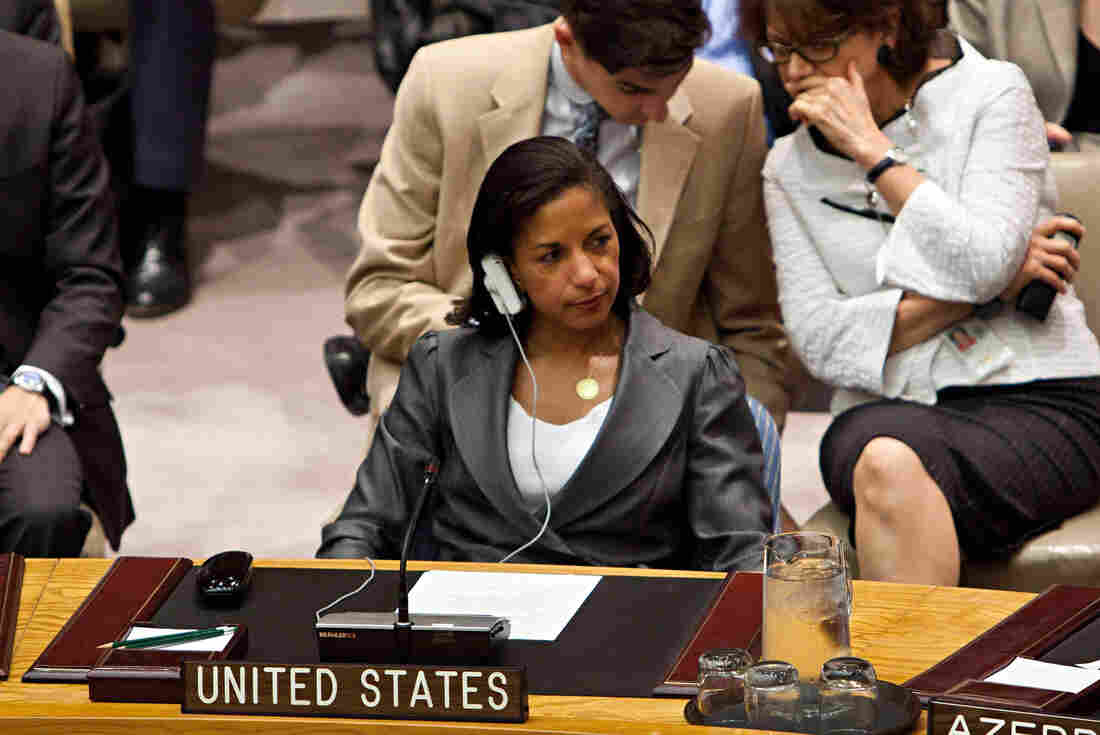 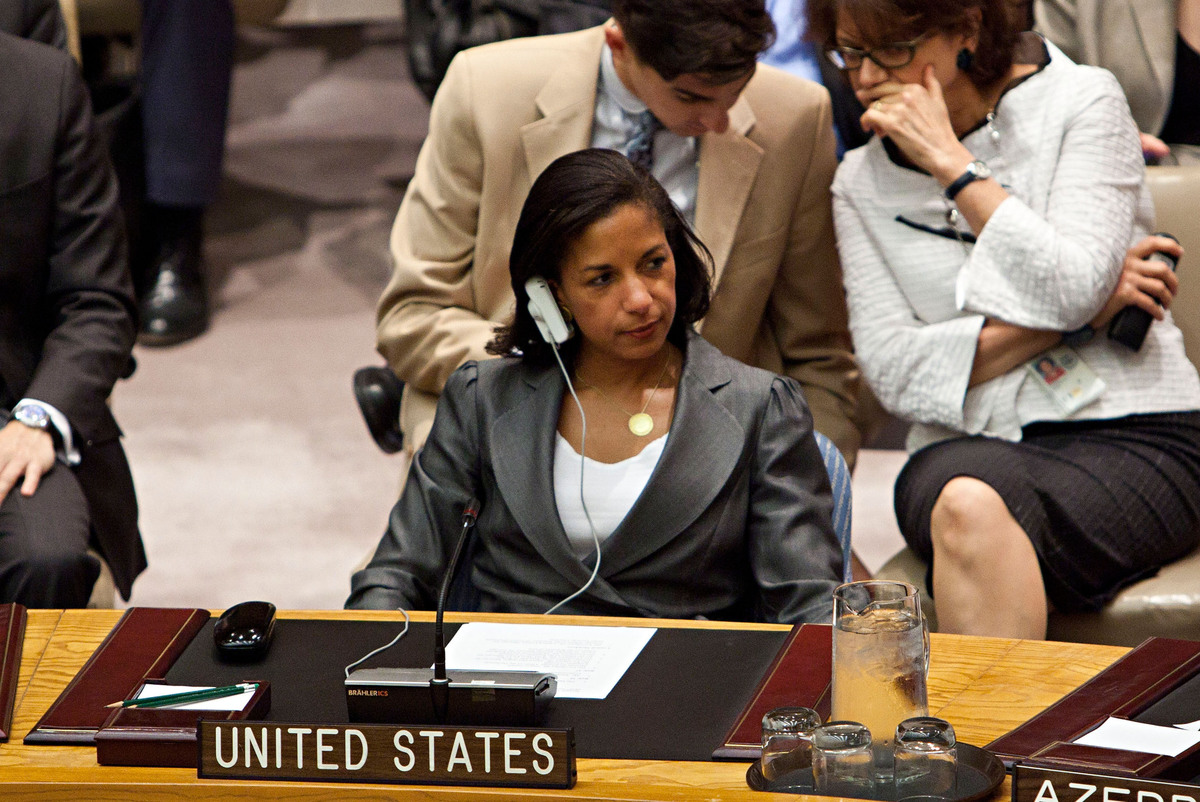 The United States' ambassador to the United Nations, Susan Rice, has been the subject of much criticism from the GOP.

As our friend Liz Halloran reported, yesterday, Republican senators have expressed concern about the now-acknowledged misinformation she spread on Sunday shows about the Sept. 11 attack on the American consulate in Benghazi. Some of them say they have enough concerns that they would try to hold up a Secretary of State nomination.

Needless to say, Rice hasn't had a great few weeks. Today brings more bad news for her. This time the magazine for the Natural Resource Defense Council's OnEarth is highlighting the fact that Rice has deep financial ties to the company behind the Keystone XL pipeline, which Republicans have championed and environmentalists have opposed.

The big deal is that the State Department is responsible for giving the go-ahead to the pipeline. Remember, back in January the State Department rejected a proposal by TransCanada to build the 1,700 mile pipeline, which would carry oil from Canada to refineries in Texas. But the administration also encouraged the company to reapply, which means this is one of contentious issue the next Secretary of State will likely have to handle.

With this news, Rice now has another set of detractors but this time from the other side of the political spectrum.

"Rice's financial holdings could raise questions about her status as a neutral decision maker. The current U.S. ambassador to the United Nations, Rice owns stock valued between $300,000 and $600,000 in TransCanada, the company seeking a federal permit to transport tar sands crude 1,700 miles to refineries on the Texas Gulf Coast, crossing fragile Midwest ecosystems and the largest freshwater aquifer in North America.

"Beyond that, according to financial disclosure reports, about a third of Rice's personal net worth is tied up in oil producers, pipeline operators, and related energy industries north of the 49th parallel — including companies with poor environmental and safety records on both U.S. and Canadian soil. Rice and her husband own at least $1.25 million worth of stock in four of Canada's eight leading oil producers, as ranked by Forbes magazine. That includes Enbridge, which spilled more than a million gallons of toxic bitumen into Michigan's Kalamazoo River in 2010 — the largest inland oil spill in U.S. history."

The Washington Post notes that there is "nothing inappropriate about the investments, and Rice's connections to Canada go back 20 years, when she was working in the Toronto office of the McKinsey & Co. consulting firm and her husband, Ian Cameron, was a television producer there for the Canadian Broadcasting Co. Cameron, who like Rice graduated from Stanford University, is from Canada."

"Rice and Cameron are well off. They were worth between $23.5 million and $43.5 million in 2009, according to the Center for Responsive Politics. (Those figures were also highlighted on the OnEarth Web site.)

"In a statement, Rice's spokeswoman, Erin Pelton said 'Ambassador Rice is in full compliance with all financial disclosure requirements related to her service in the U.S. government and is committed to continuing to meet these obligations.'"

OnEarth spoke to an activist who founded Tar Sands Action, which opposes the pipeline, because of the damage it says it will pose to the environment. He was not happy about the connections.

"It's really amazing that they're considering someone for Secretary of State who has millions invested in these companies," Bill McKibben said. "The State Department has been rife with collusion with the Canadian pipeline builders, and it's really distressing to have any sense that that might continue to go on."

Rice's spokeswoman, Erin Pelton, told the Post that "Ambassador Rice is in full compliance with all financial disclosure requirements related to her service in the U.S. government and is committed to continuing to meet these obligations."