Accessibility links
House GOP Sends Obama Its 'Fiscal Cliff' Counteroffer : The Two-Way The proposal would cut the deficit by $2.2 trillion over the next decade, but Republicans do not increase tax margins for the wealthiest Americans, something the president has said is not negotiable. 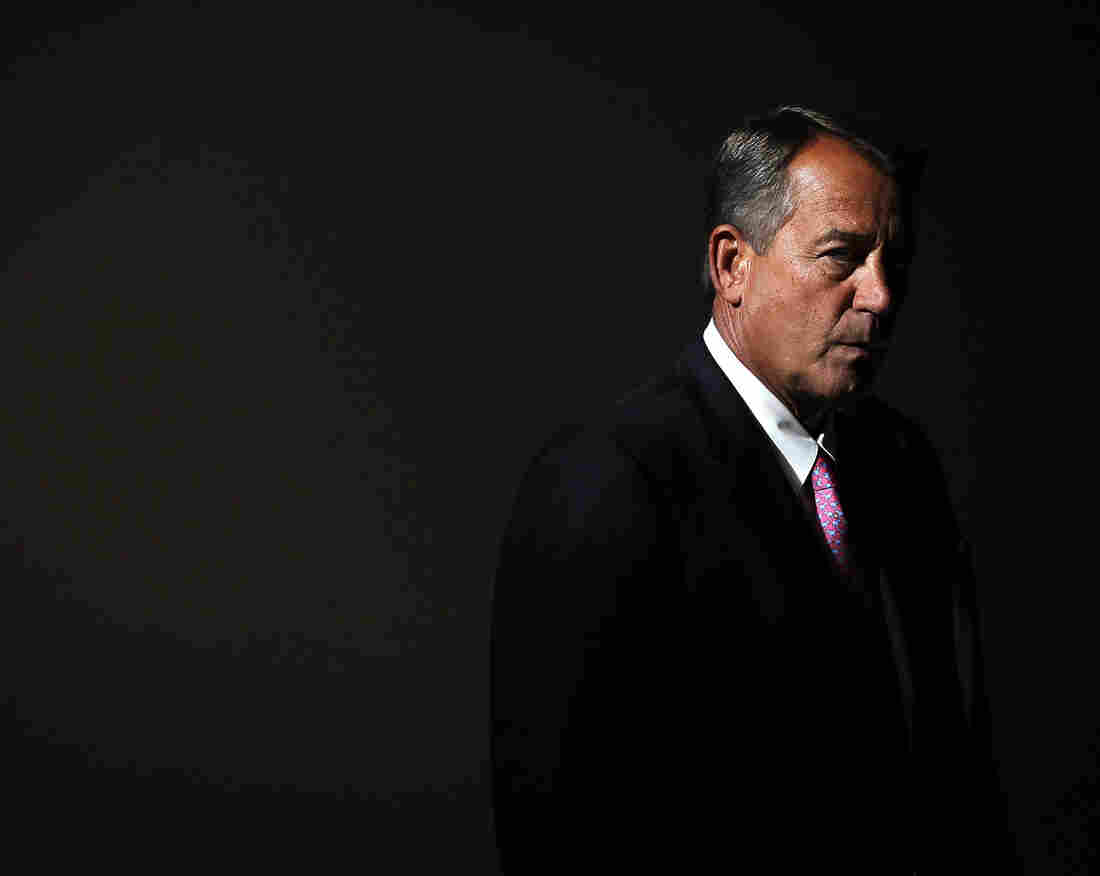 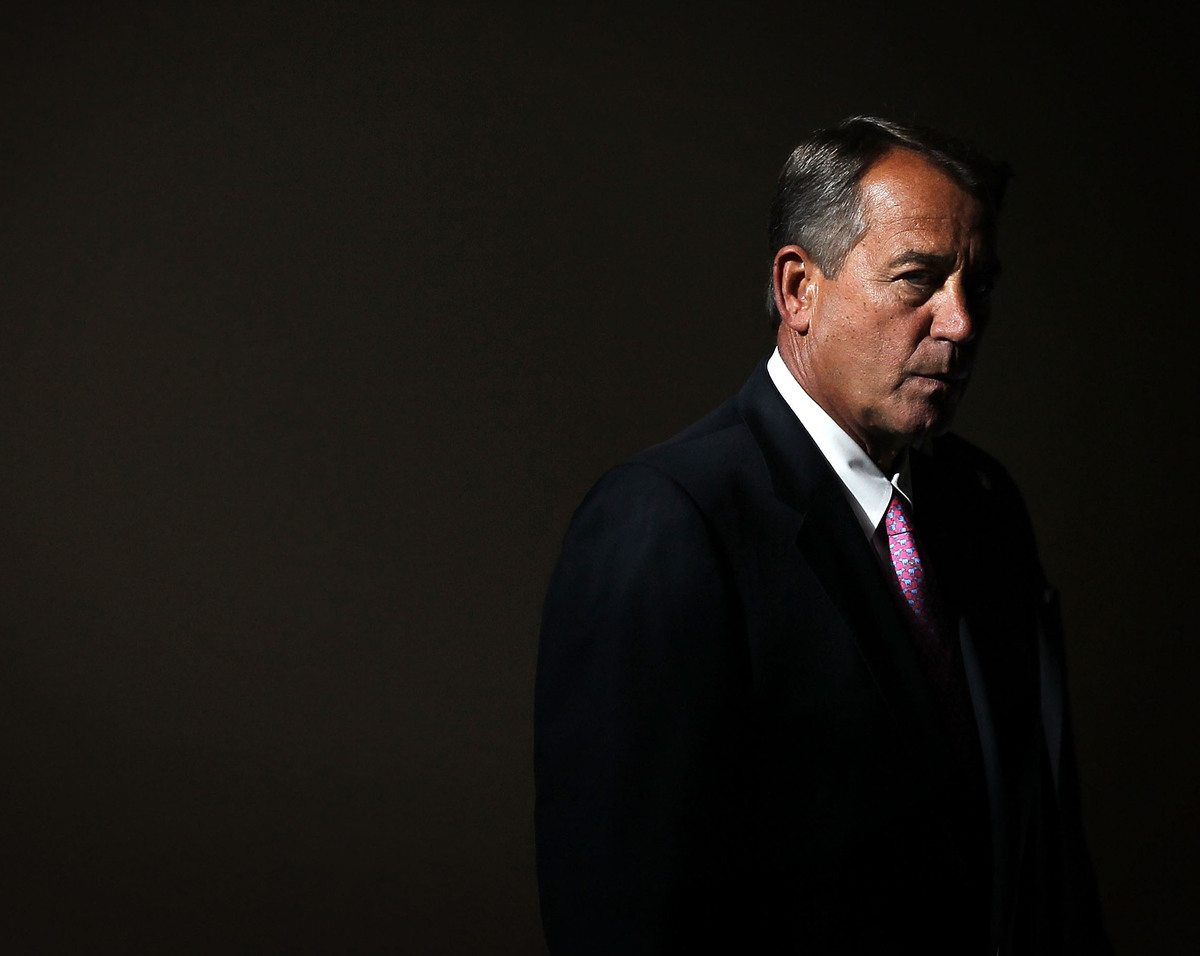 Speaker of the House Rep. John Boehner arrives for a news conference in November.

Leaders of the Republican-controlled House sent President Obama a counteroffer that would avoid the fiscal cliff and cut $2.2 trillion from the country's deficit over the next decade.

According to NPR's David Welna, the bottom line is that it achieves those cuts with $800 billion in new tax revenue and the rest through a combination of cuts to entitlements.

During a briefing, senior congressional Republican aides said the proposal is "a fair, middle ground" based on an idea floated during testimony by Erskine Bowles, of the Bowles-Simpson Commission, which the president tasked with finding a long-term solution to the country's debt issue.

House Speaker John Boehner, a Republican from Ohio, said he hopes President Obama will give this serious consideration and "respond in a timely and responsible way."

The Wall Street Journal reports that revenue increases proposed by the GOP come from curbing things like deductions from the wealthiest Americans, but does not increase their rates like the president had demanded. The paper explains:

"It would cut about $4.6 trillion from the deficit over 10 years, including $600 billion in savings in Medicare and other health programs—up from $350 billion the president proposed—and change the way cost-of-living increases are calculated in Social Security and other inflation-adjusted programs. ...

"In their counteroffer, Republicans did not accept Mr. Obama's bottom-line demand that income-tax rates increase for the top two income brackets. ...

"The proposal represented a series of targets without much policy detail that explained how they would be met. Asked if the plan called for an increase in the eligibility age for Medicare, the GOP aides didn't answer directly but one said, 'I don't think there is any way to get a comprehensive deal without it.'"

Just for comparison's sake, here's how the AP summarize's the president's opening bid:

"$1.6 trillion in higher taxes over a decade, hundreds of billions of dollars in new spending, a possible extension of the temporary Social Security payroll tax cut and enhancing the president's power to raise the national debt limit.

"In exchange, the president would back $600 billion in spending cuts, including $350 billion from Medicare and other health programs. But he also wants $200 billion in new spending for jobless benefits, public works projects and aid for struggling homeowners."

If you were reading this post very closely, you might have noticed that there are two numbers for that Republican bid — $4.6 trillion and $2.2 trillion. The Hill explains that Republicans believe that when compared with the same terms as the president's offer, their plan cuts $4.6 trillion over the next decade. That's because that $2.2 trillion number doesn't include "savings from future interest on the debt, and savings from the end of the wars in Iraq and Afghanistan," which Republicans do not count as new savings.

According to Republicans' math, the president's proposal, which includes war and interest savings, would trim the deficit by $4 trillion over the next decade.

"In fact, it actually promises to lower rates for the wealthy and sticks the middle class with the bill. Their plan includes nothing new and provides no details on which deductions they would eliminate, which loopholes they will close or which Medicare savings they would achieve. Independent analysts who have looked at plans like this one have concluded that middle class taxes will have to go up to pay for lower rates for millionaires and billionaires."