Accessibility links
A Scrappy Soccer Champion Brings Joy To A Weary Mexican City : The Two-Way The Xolos, named after a tiny, hairless dog, became the unlikely Mexican League champions and with it sent a city at the center of the drug war, into tizzy of celebration. 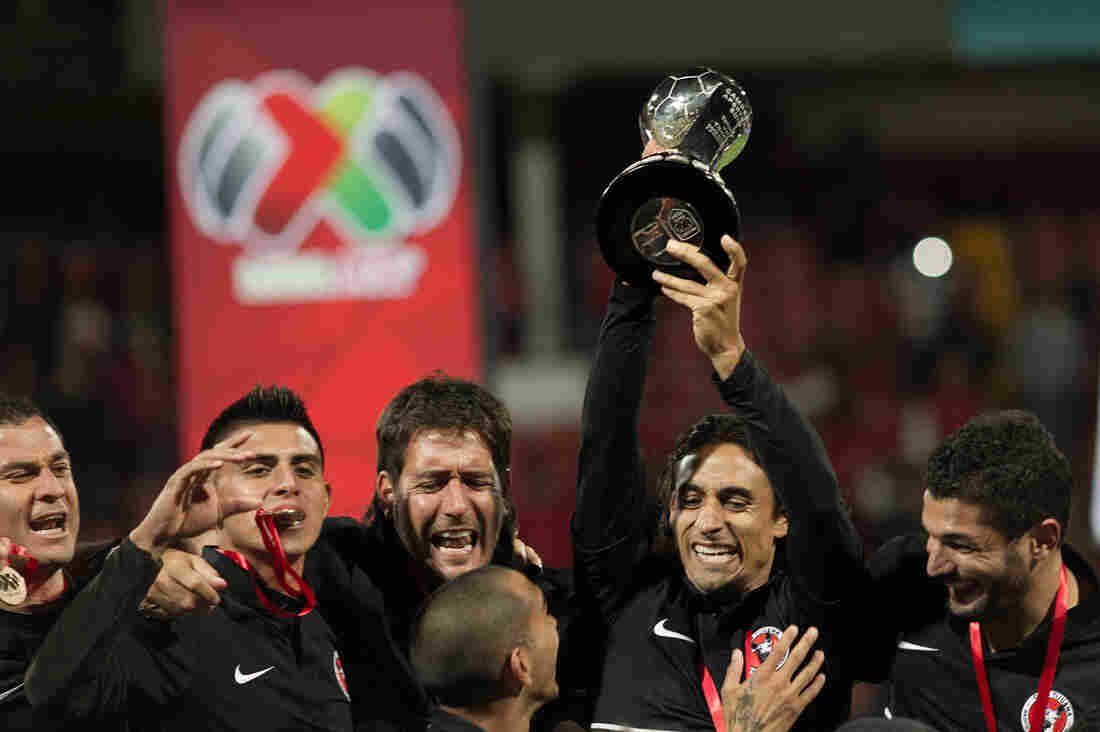 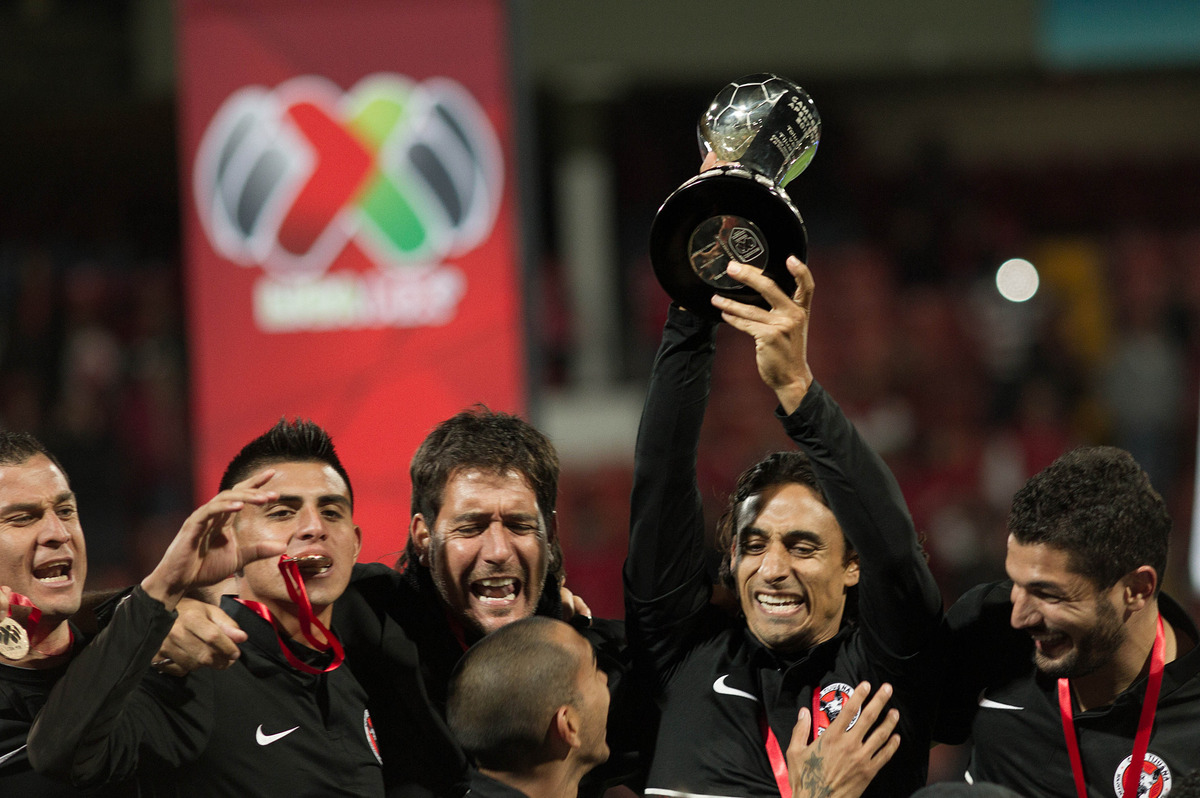 Players of Tijuana celebrate their victory over Toluca after their Mexican Apertura tournament final football match on Sunday.

News out of Tijuana, Mexico is usually grisly and bad — not today though. The city is in full swing celebration and it's not because of the capture of a narco kingpin. Tijuana has a scrappy group of soccer players, including two from the U.S. side of the border, to thank for the much needed spirit boost.

The Xolos of Tijuana, the border city's soccer team, won the Mexican League championship, last night. This is the first win for the five-year-old team which only qualified for the big leagues a year and a half ago. According to Soccer America magazine, the team sports several San Diego residents on its roster and attracts hundreds of fans from across the border.

It's been a tough few years for Tijuana, which found itself in the cross hairs of a fierce and bloody drug battle between the Sinaloa and La Familia drug cartels. Violence has subsided in recent years, due to what is rumored as a peace pact between the rival drug traffickers, but businessmen and tourists still haven't returned to numbers seen in past years.

So Tijuanans have the Xolos to thank for the much-needed good news. But what an odd mascot the Xolo is. Pronounced "cholo," it has nothing to do with the better known East L.A. Hispanic lowrider of the same name. Xolo is short for Xoloitzcuintle, an Aztec hairless dog. Not exactly the fiercest or most athletic pick of a mascot, but very fitting for the plucky personality of this team who was all but written off at the beginning of the Mexican soccer season.

Speaking of scrappy, the team's owner, Jorge Hank Rhon, is one of Tijuana's most notorious characters. A former mayor, Rhon has long rumored narco ties and owns the city's betting houses and race track. He's had several run-ins with the law, including the time he tried to cross the border into San Diego with a tiger cub in his car, or his arrest just last year by the Mexican military who found dozens of weapons and thousands of rounds of ammunition in his house.

But despite Rhon's notoriety and that of the city itself, Tijuana has something good to celebrate. So, VIVA LOS XOLOS.