Accessibility links
'NY Post' Photographer: I Was Too Far Away To Reach Man Hit By Train : The Two-Way The horrifying image of a man's final moments before being hit by a subway train has sparked controversy. The Post has been criticized for publishing it. The photographer has been criticized for taking it. He's now talking about the effort he says he made to reach the victim.

'NY Post' Photographer: I Was Too Far Away To Reach Man Hit By Train

'NY Post' Photographer: I Was Too Far Away To Reach Man Hit By Train

It's a horrifying image that has sparked a passionate debate.

By now you've probably heard about the front page photo on Tuesday's New York Post of a man struggling to climb out of an approaching subway train's way. He had been pushed on to the tracks by a stranger.

Ki-Suck Han, 58, did not make it. He died from the injuries he received. 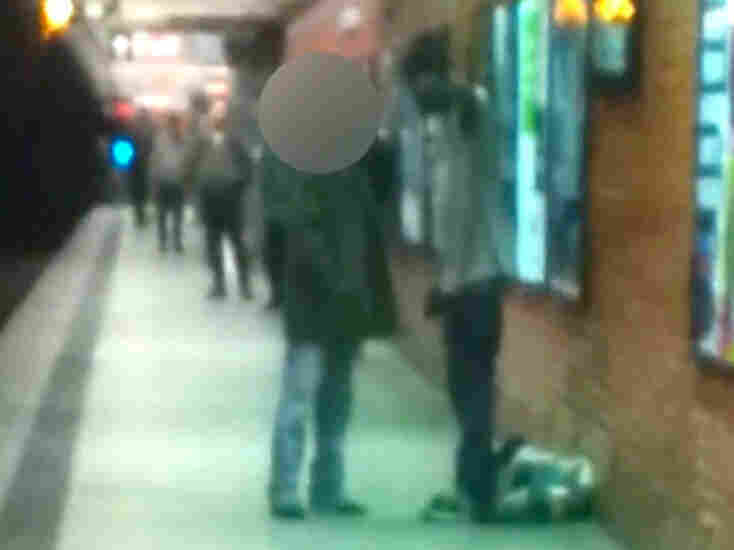 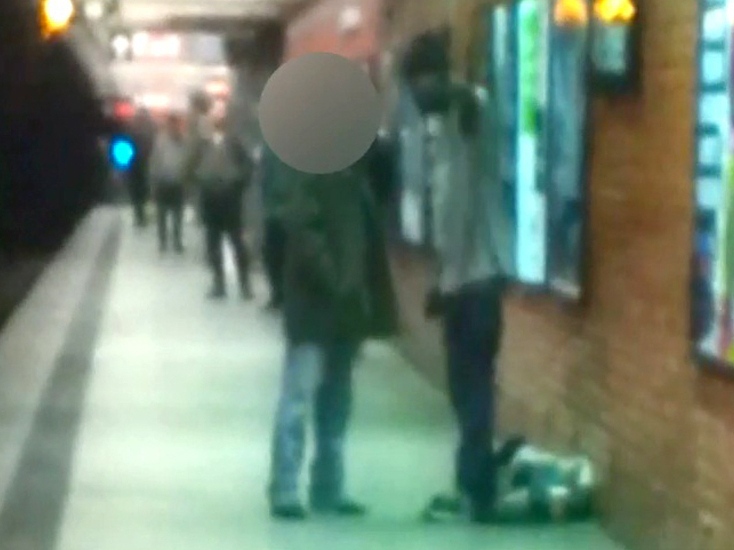 Before the attack: Two men are seen talking on a New York City subway platform Monday in this framegrab from a video released by the New York City Police Department. Moments later, police say, Ki-Suk Han (whose face is obscured) was pushed on to the tracks.

The photo is easy to find on the Web. Click here to see it, but be warned: you may find it disturbing.

The Post has gotten considerable criticism for publishing the image. And the photographer who took the photo, R. Umar Abbasi, is facing questions about his actions.

This morning, Abbasi got a chance to tell his story — on NBC-TV's Today Show, in the Post and in The New York Times. Abbasi says:

-- When he realized what was happening, he started running toward Han. But "the victim was so far away from me, I was already too far away to reach him when I started running." (From the Post.)

-- His camera was already in his hand because he had just been on assignment in Times Square. As he ran, Abbasi snapped the shutter in the hope that the train's driver would see the flashes from his camera and stop in time to avoid hitting Han. The flash went off 49 times. (From the Times.)

-- As Abbasi ran, the man who had pushed Han on to the tracks came toward him. For a few seconds, fearing that the attacker might come after him, Abbasi braced his own back against the platform's wall because he did not want to be pushed onto the tracks. (From Today.)

-- "I had no idea what I was shooting. I'm not even sure it was registering with me what was happening. I was just looking at that train coming." (From the Post.)

-- There were other people on the platform who were closer to Han. As far as Abbasi knows, they did not try to help the man. (From Today.)

-- While he has been paid by the Post for the photos, he was not involved in the decision of which image to publish. And, "every time I close my eyes, I see the image of death ... I don't care about a photograph." (From the Times.)

New York's Daily News reports that Naeem Davis, 30, a "street hustler," has been arrested for allegedly pushing Han on to the tracks.

Correction at 3:20 p.m. ET, Dec. 13: In early reports, the victim's name was reported as Ki-Suk Han. We originally used that in this post. Later, The Associated Press reported it had confirmed that his name is Ki-Suck Han. That was brought to our attention today. We've corrected the reference above.