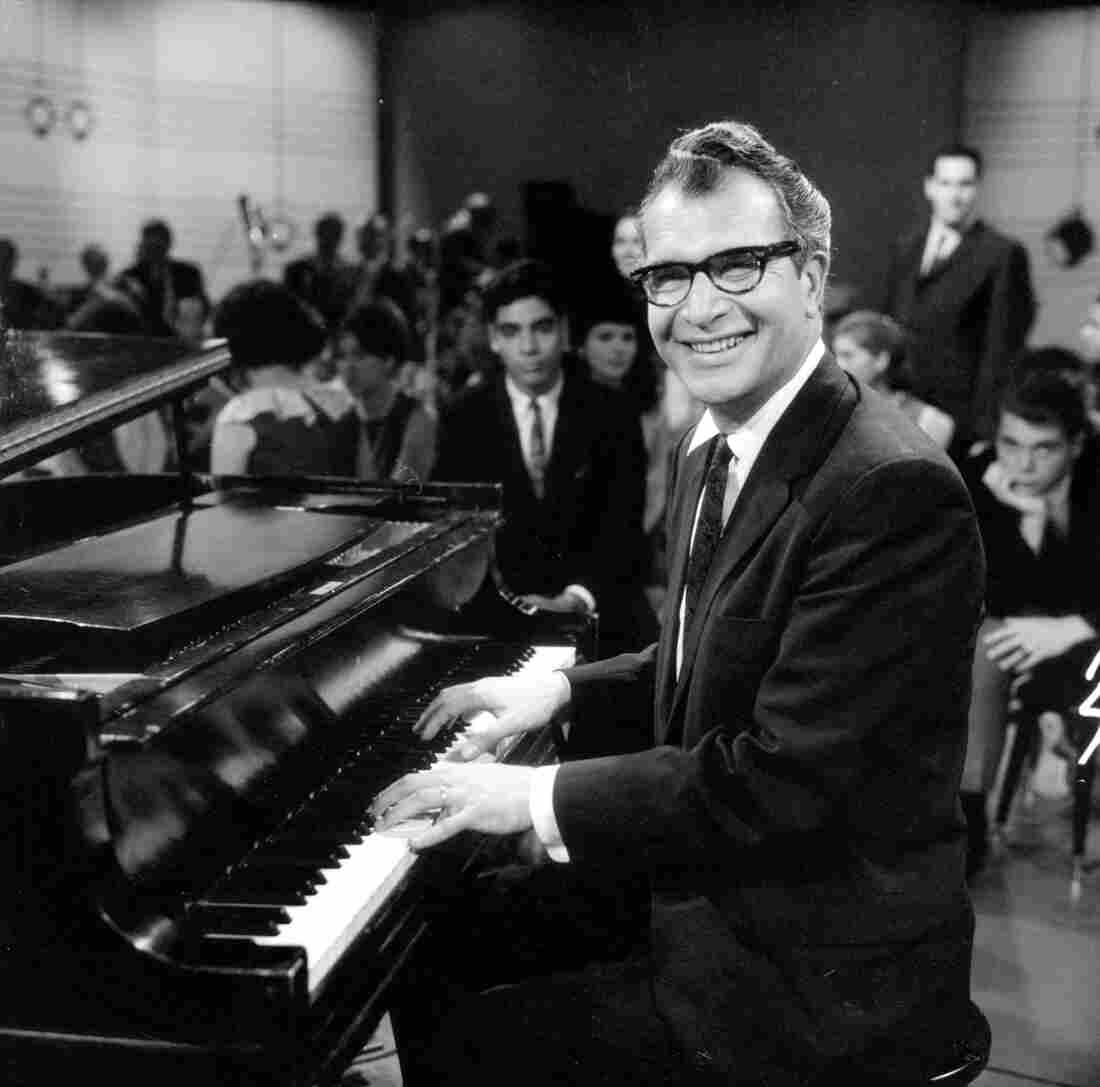 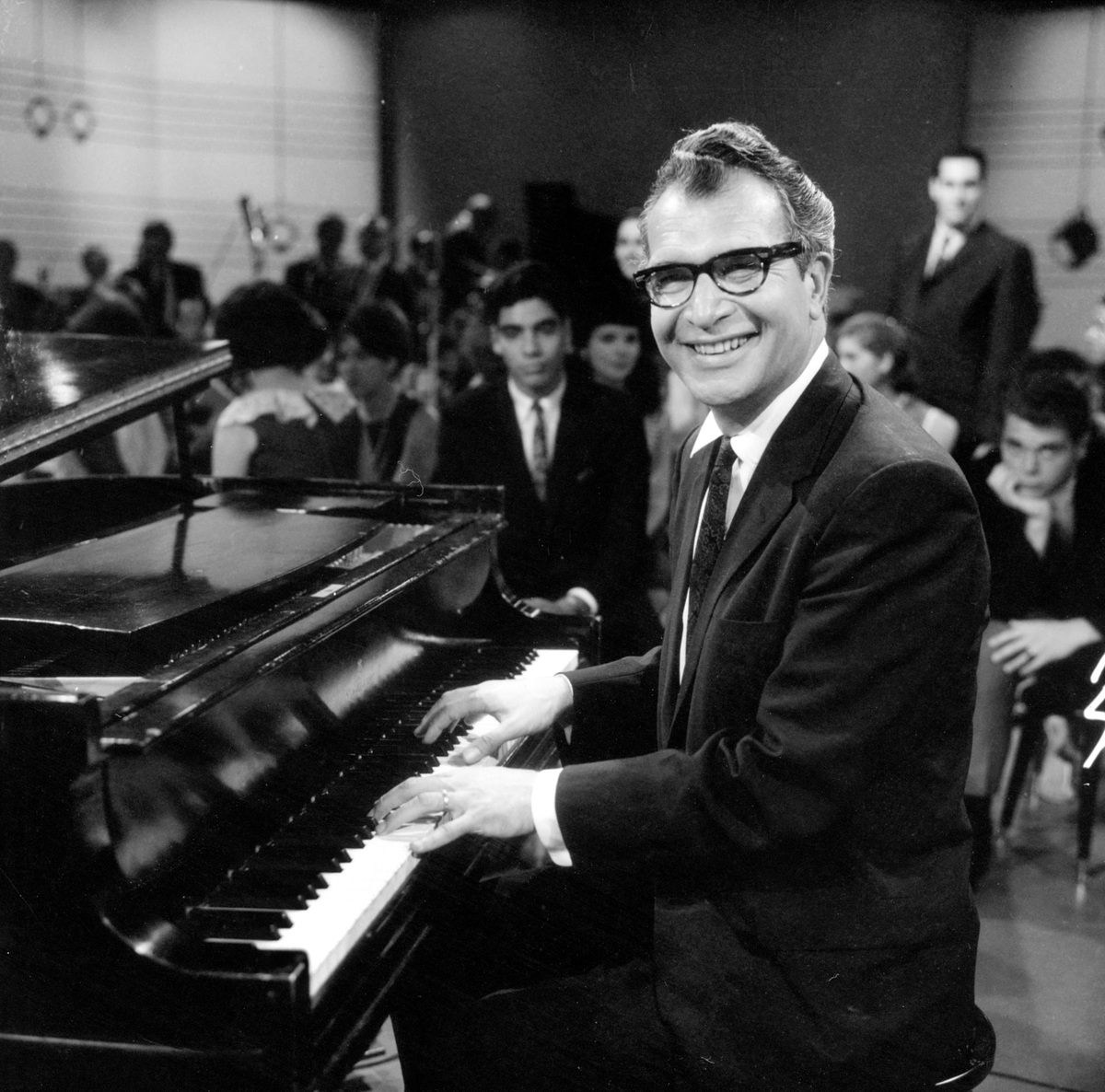 Dave Brubeck performing on the pilot episode of a television program in 1965.

Dave Brubeck, the legendary jazz pianist and composer, known for defying jazz conventions and for recordings like "Take Five" and "Blue Rondo a la Turk," has died.

Brubeck died of heart failure in Norwalk, Conn. He was one day short of his 92nd birthday.

His All Music biography says Brubeck distinguished himself from the popular jazz musicians of the West Coast by playing unusual time signatures, "adventurous tonalities," and proving that complex music could find a larger audience.

Perhaps a testimony of that was that in 1954, Brubeck became only the second jazz musician ever featured on the cover of Time Magazine. The first? Louis Armstrong.

Born Dec. 6, 1920, Brubeck grew up on a 45,000-acre ranch in California and he came to music through a circuitous route. In a 1999 interview with Fresh Air's Terry Gross, he said his first love was rodeo roping. But his mother, who spotted a special talent when he sat at the piano, insisted he not rope anything larger than a yearling.

"She didn't want my fingers to become hurt," Brubeck said. "My uncle, who was also a rodeo roper, got his finger caught between the saddle horn and the rope, and it took his finger off. And he used to kid the other cowboys and say, 'I would've been a great pianist like my nephew Dave, had I not lost this finger.'"

Brubeck went on to college but a zoology teacher told him he should focus on what he had spotted as his true love: Music. So Brubeck started taking classes, except there was one huge problem — Brubeck never learned to read music and the dean at the college threatened not to let him graduate. 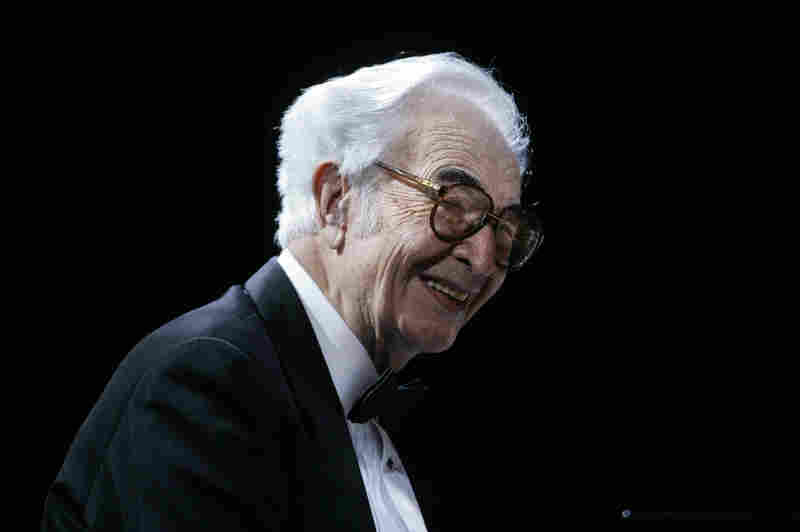 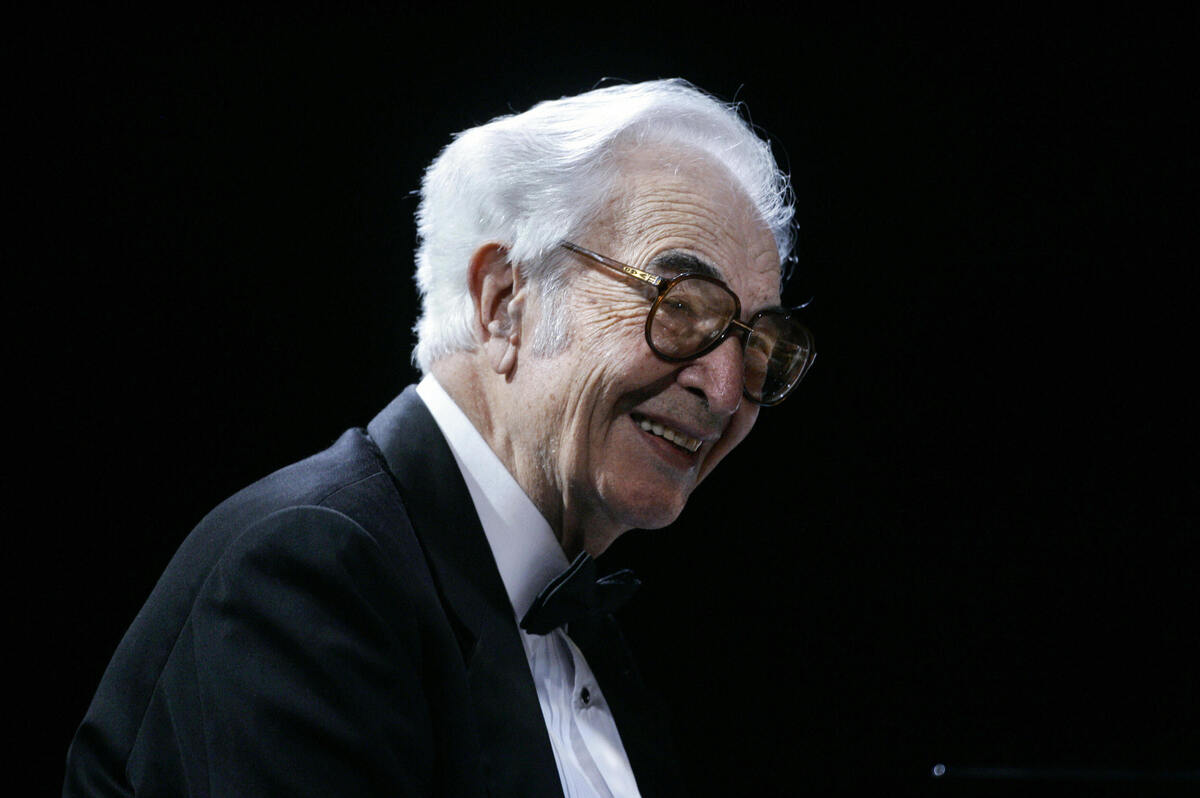 "But when some of the younger teachers heard this, they went to the dean and said, 'You're making a big mistake, because he writes the best counterpoint that I've ever heard,'" Brubeck said. "So they convinced the dean to let me graduate. And the dean said, 'You can graduate if you promise never to teach and embarrass the conservatory.' And that's the way I've gotten through life, is having to substitute other things for not being able to read well. But I can write, which is something very few people understand."

As Hedrick Smith wrote for PBS, "Take Five" was in 5/4 time and other songs in the "Time Out" album were just as odd. "Blue Rondo a la Turk" was in 9/8 time.

Critics didn't like it and Brubeck even lost some gigs for playing those odd time signatures and for his use of polytonality.

"'Much of the earlier European music was in one tonality,' Brubeck explains. 'We've become so used to that. Gradually musicians and composers wanted to stretch that and get it more complicated.' But as Brubeck remembers, it took some time for his unique approach to catch on. 'I wrote [a piece] for Stan Kenton when I was 22 that had some polytonality, called Prayer of the Conquered,' Brubeck recalls. 'He said 'Bring it back in 10 years.' He thought it was complicated.'"

In the end, however, the masses embraced Brubeck. "Time Out" sold more than a million copies and became the first jazz record to hit gold.

Our friends at NPR Music will have more on Brubeck over at The Record. They've also put together an "artist page" for Brubeck.

Update at 3:01 p.m. ET. Our friends at KQED have more on Brubeck's influence on his home town.