Accessibility links
More Than 100 Injured, As Protests In Egypt Escalate : The Two-Way The two sides dug in their heels. Protesters asked President Mohammed Morsi to walk back his power grab and rethink the new draft of the constitution and Morsi simply declined.

More Than 100 Injured, As Protests In Egypt Escalate

More Than 100 Injured, As Protests In Egypt Escalate 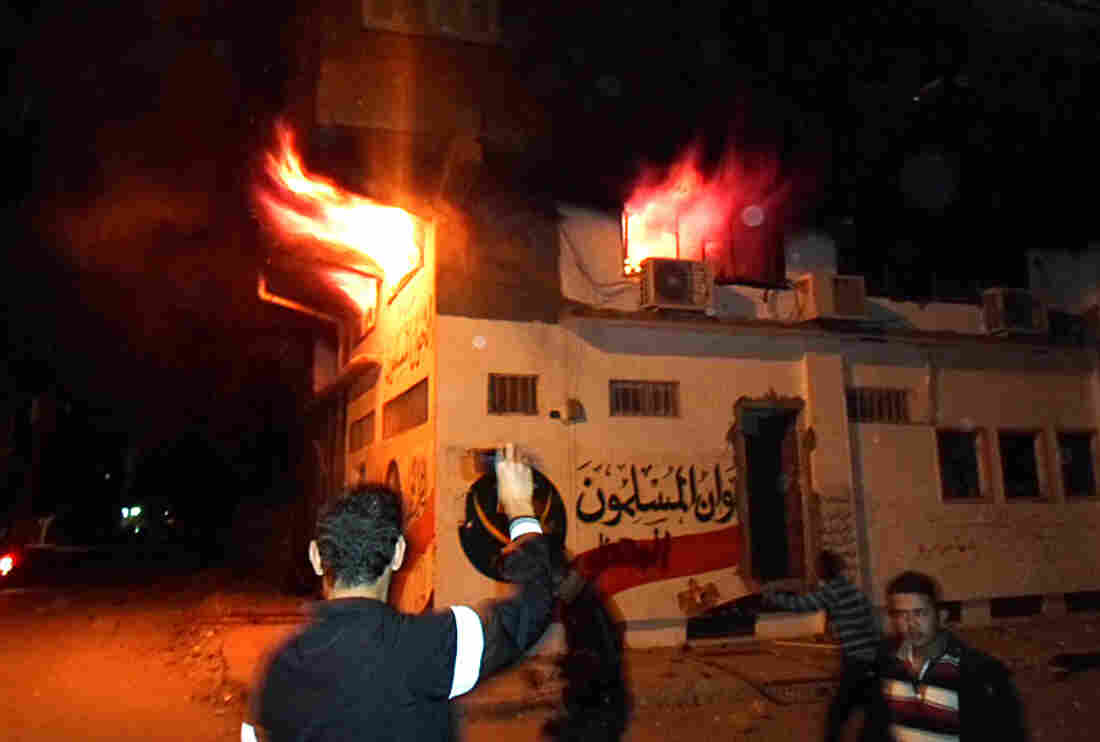 Egyptian protesters stand outside the burning office of the Muslim brotherhood in Ismailia, Egypt on Wednesday. AFP/Getty Images hide caption 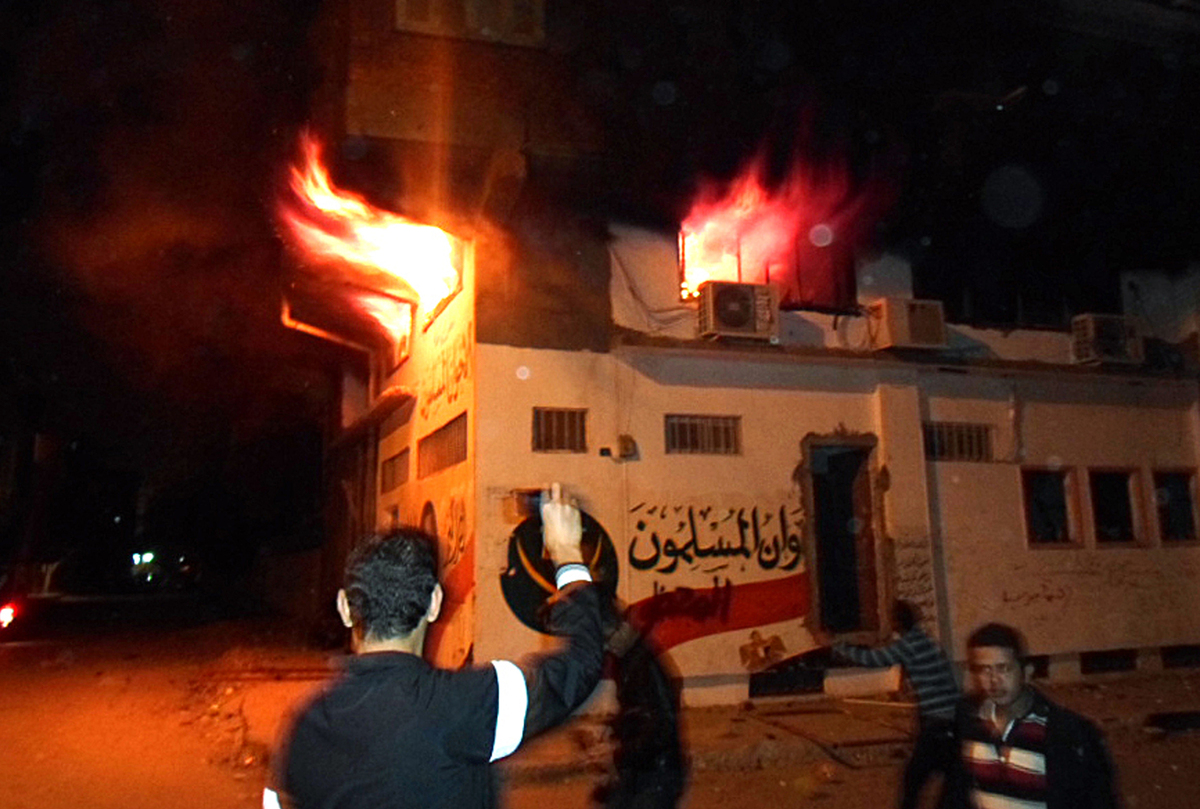 Egyptian protesters stand outside the burning office of the Muslim brotherhood in Ismailia, Egypt on Wednesday.

The standoff between Egyptian President Mohammed Morsi and his critics escalated today, when more than 100 people were injured in clashes between supporters and detractors.

NPR's Soraya Sarhaddi Nelson reports from Cairo that the opposition accused Mori's Islamist government of escalating the situation and they dismissed calls to find a consensus.

"Opposition leader Mohamed el Baradei claimed at a news conference that the growing violence proves Morsi has lost all legitimacy. The Nobel laureate urged the president to abandon his decrees putting himself above the law and to delay a national vote on a controversial constitution drafted by his allies.

"Meanwhile in the town of Ismailia on the Suez Canal, anti-Morsi protestors set the Muslim Brotherhood political party's headquarters on fire in response to an earlier attack on fellow protestors outside the presidential palace in Cairo.

"The clashes are among the worst since Morsi gave himself near-absolute powers in late November."

CBS News reports that today's violence started when Morsi supporters descended upon a group of protesters, staging a sit-in in near the presidential palace.

"The Islamists, members of Morsi's Muslim Brotherhood group, chased the protesters away from their base outside the palace's main gate and tore down their tents," CBS reports.

Reuters reports that Morsi's vice president, Mahmoud Mekky, tried to find common ground in a speech to the country, saying that amendments to the draft of the constitution could always be negotiated with the opposition.

"There must be consensus," he said during a press conference.

The Wall Street Journal is reporting that two people have died and that as the violence spread, "leaders on both sides dug in their heels, issuing steadily more defiant public statements."