Accessibility links
Architect Oscar Niemeyer, Who Designed Brazil's Capital, Dies : The Two-Way The Pritzker Prize-winning architect was known for some of the world's most famous modernist buildings, including Brasilia's crown-shaped cathedral. He was 104. 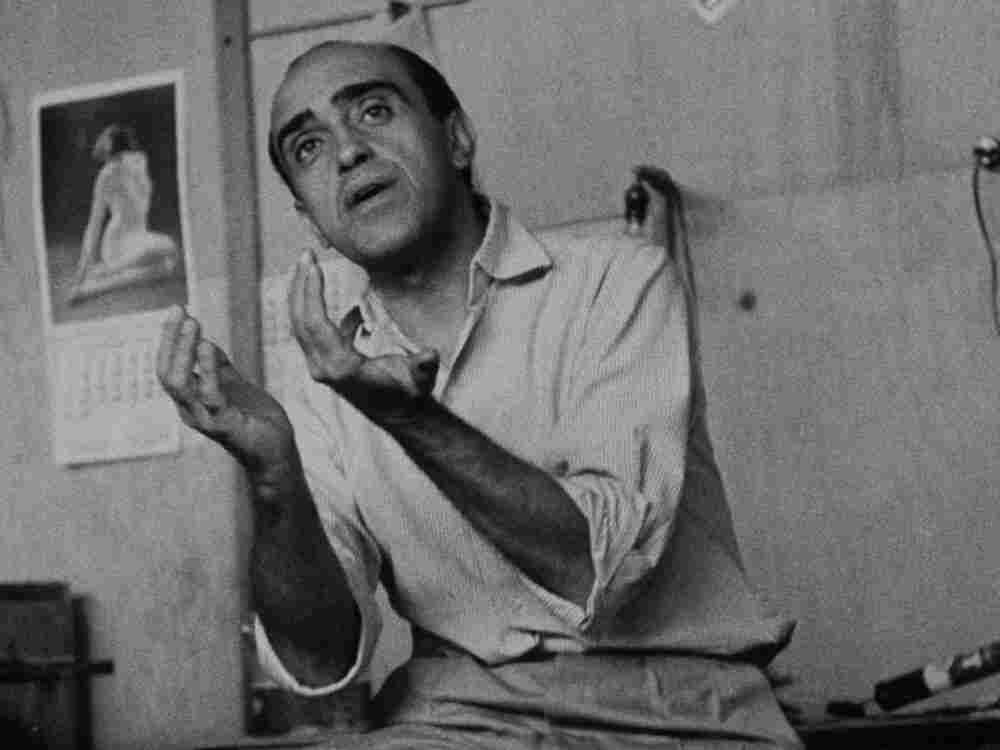 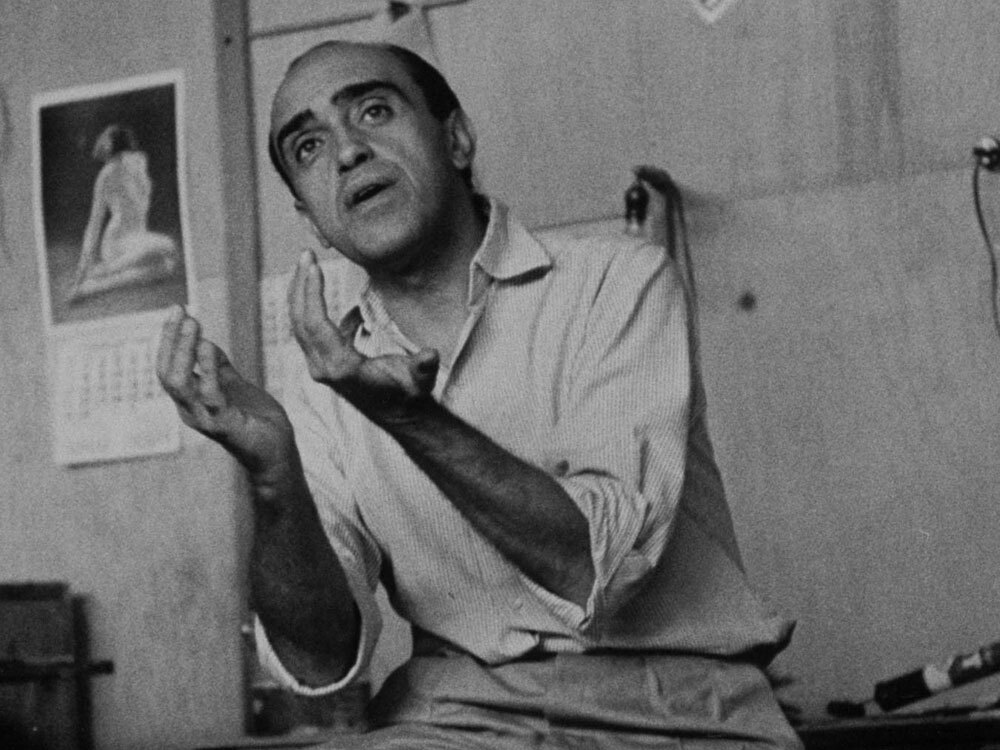 Architect Oscar Niemeyer, who designed Brazil's capital and is known for some of the world's most famous modernist buildings, has died. He was 104.

The cause was a respiratory infection, said a spokeswoman for the hospital in Rio de Janeiro where he died. He'd been hospitalized for several weeks with kidney problems, pneumonia and dehydration.

"In works from Brasilia's crown-shaped cathedral to the undulating French Communist Party building in Paris, Niemeyer shunned the steel-box structures of many modernist architects, finding inspiration in nature's crescents and spirals. His hallmarks include much of the United Nations complex in New York and the Museum of Modern Art in Niteroi, which is perched like a flying saucer across Guanabara Bay from Rio de Janeiro."

In an interview with NPR in 2010, he recalled what it was like in 1956, when Brasilia was on the drawing board.

"Niemeyer says he went with President Juscelino Kubitschek to Brazil's vast, dry savanna, the so-called Cerrado region, where Brasilia is now located, and thought it was too far away, too empty.

"But Kubitschek, Niemeyer recalls, wanted to build no matter what.

"And so in four years, Brasilia was built from scratch, with Niemeyer designing its audacious buildings: the Brazilian foreign ministry with its slender arches rising from reflecting pools; the Cathedral of Brasilia, shaped like a giant orchid; the National Congress, with its two bowl-like structures, one up-turned, the other dome-like.

"These and others are all considered modernist masterpieces that capture the meaning of Brasilia: a new city, unburdened by history.

"'We wanted to do it differently' in Brasilia, Niemeyer says. 'Architecture is invention.'

"He didn't just want buildings that worked, but to create a different kind of architecture." 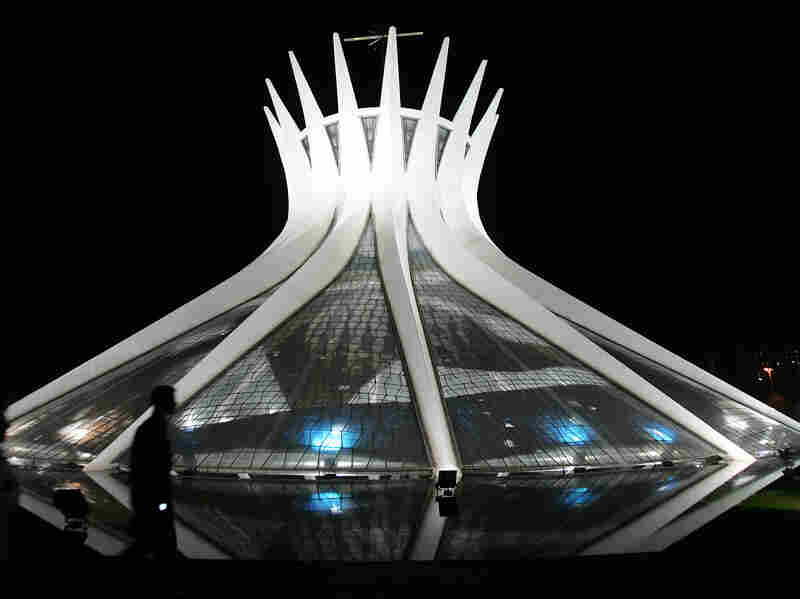 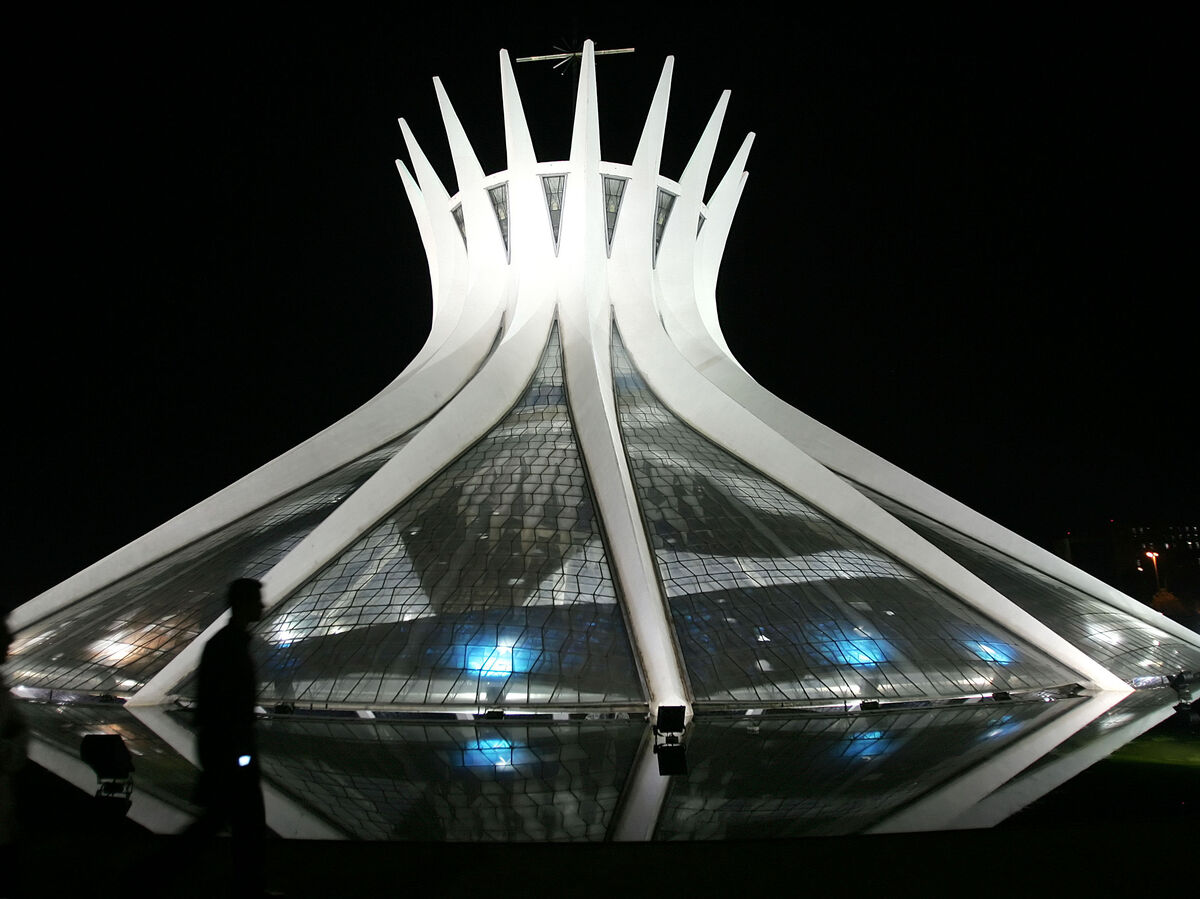 Brasilia's Cathedral was inaugurated in 1960.

Niemeyer, who began his career in the 1930s, was known for a distinctive style marked by sweeping curves, which he once famously said were inspired by Brazilian women.

"When you have a large space to conquer, the curve is the natural solution," he said. "I once wrote a poem about the curve. The curve I find in the mountains of my country, in the sinuousness of its rivers, in the waves of the ocean and on the body of the beloved woman."

The lifelong communist won the Pritzker Prize, his profession's top honor, in 1988.

Here's more about the early part of his career from the BBC:

"After graduating in the mid-1930s, he joined a Rio architectural firm run by a man who would become one of his great collaborators, Lucio Costa.

"Having won wide praise for a number of buildings in Brazil, he was chosen in the early 1950s to be part of an international team given the task of designing the UN buildings in New York.

"It was led by the great Swiss-born architect Le Corbusier, who was 20 years older than Niemeyer."

Niemeyer was working until the end. His most recent projects include a culture center for Aviles, Spain. A slideshow of some of his work can be seen here.