Accessibility links
Egyptian President Nullifies Expanded Executive Powers : The Two-Way The referendum on the draft constitution is still set for Dec. 15, an official said in an overnight news conference. President Mohammed Morsi had been planning to give up those extra powers then. 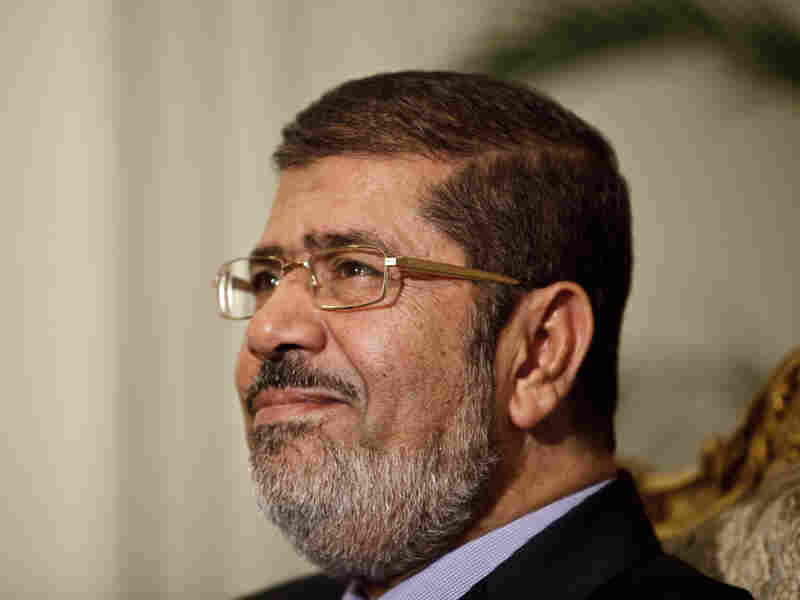 Egyptian President Mohammed Morsi held a "dialogue" in Cairo on Saturday. Overnight, an official announced the president would nullify a decree that gave him expanded powers. Maya Alleruzzo/AP hide caption 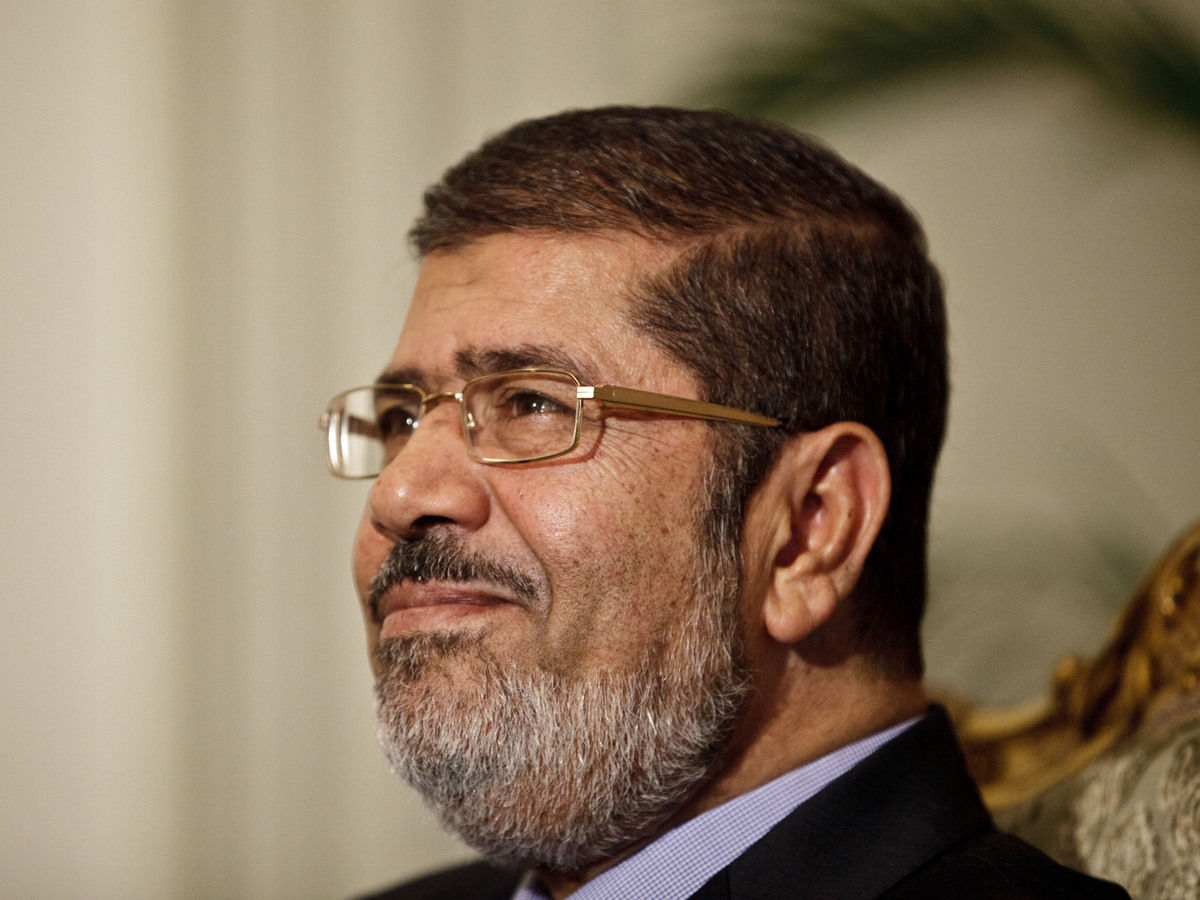 Egyptian President Mohammed Morsi held a "dialogue" in Cairo on Saturday. Overnight, an official announced the president would nullify a decree that gave him expanded powers.

Egyptian President Mohammed Morsi has annulled a decree that gave him sweeping new powers last month, an official announced overnight in Cairo. The referendum on the draft constitution is still set for Dec. 15.

NPR's Soraya Sarhaddi Nelson says Morsi had been saying recently he would give up his expanded powers after the referendum.

"In the end, the impact is that he has moved up by one week what he was planning to do anyway," she tells Guy Raz, host of weekends on All Things Considered.

Outrage had been spilling into the streets and around the presidential palace in Cairo over Morsi's executive decree and the proposed constitution, which the opposition says leaves out the rights of women, secular Egyptians and Christians.

The Egyptian military said Saturday there would be "disastrous consequences" if the crisis isn't resolved, according to The Associated Press.

This morning, NPR's Korva Coleman reported that Morsi was holding a dialogue between his party and opponents, though Nelson reports it mostly consisted of Islamists. She says the official who made the announcement about the rescinded powers was part of this dialogue.

Gamal Fahmi, a member of the Constitution Party, told Al Arabiya that the new declaration was not sufficient.

Nelson said, given the timing of the announcement, more time would be needed to see how the protesters will react:

"Obviously people were not expecting it, and so it's taking some time for people to digest what has been said to see whether there in fact has been significant change."

NPR's Kimberly Adams tells our Newscast Desk that despite the "annulment," Morsi has retained some of the gains he's made since he made the decree in November. Adams reports:

"The new decree loses controversial articles granting Morsi sweeping powers. But it also allows Morsi to keep political gains, such as his appointment of a new prosecutor general."

Nelson reports that the initial decree in November shielded Morsi from judicial oversight, kept the upper house of parliament from dissolution by the courts, and helped him push through the contested draft of a new constitution.

But withdrawing the expanded powers does not retroactively nullify the actions that have already been taken. For example, the draft constitution is still set for a referendum next week.

The AP says the decision is "unlikely to appease the opposition," reporting:

"Gamal Eid, a human rights lawyer, said the recommendations to rescind some powers were a 'play on words' since Morsi had already achieved the desired aim of finalizing the draft constitution and protecting it over the past weeks from a judicial challenge."