Accessibility links
UPDATE: This One Really Is The World's Most Expensive Whisky, We're Told : The Two-Way A bottle of Scotch recently sold for $94,000, which obviously is a lot. But one went for $460,000 just two years ago. We awarded the record to the wrong whisky in an earlier version of this post, according to the folks at Guinness World Records. 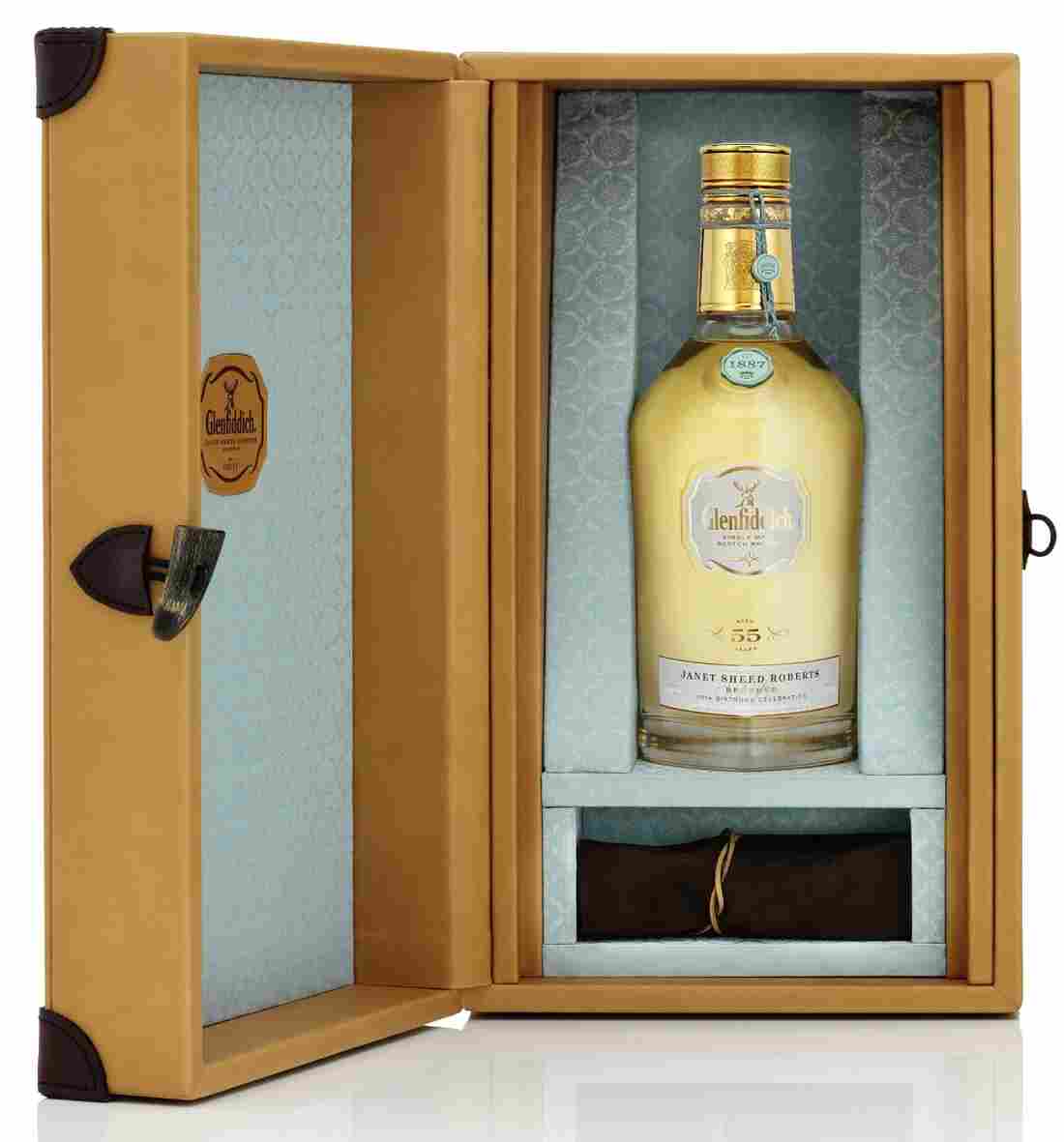 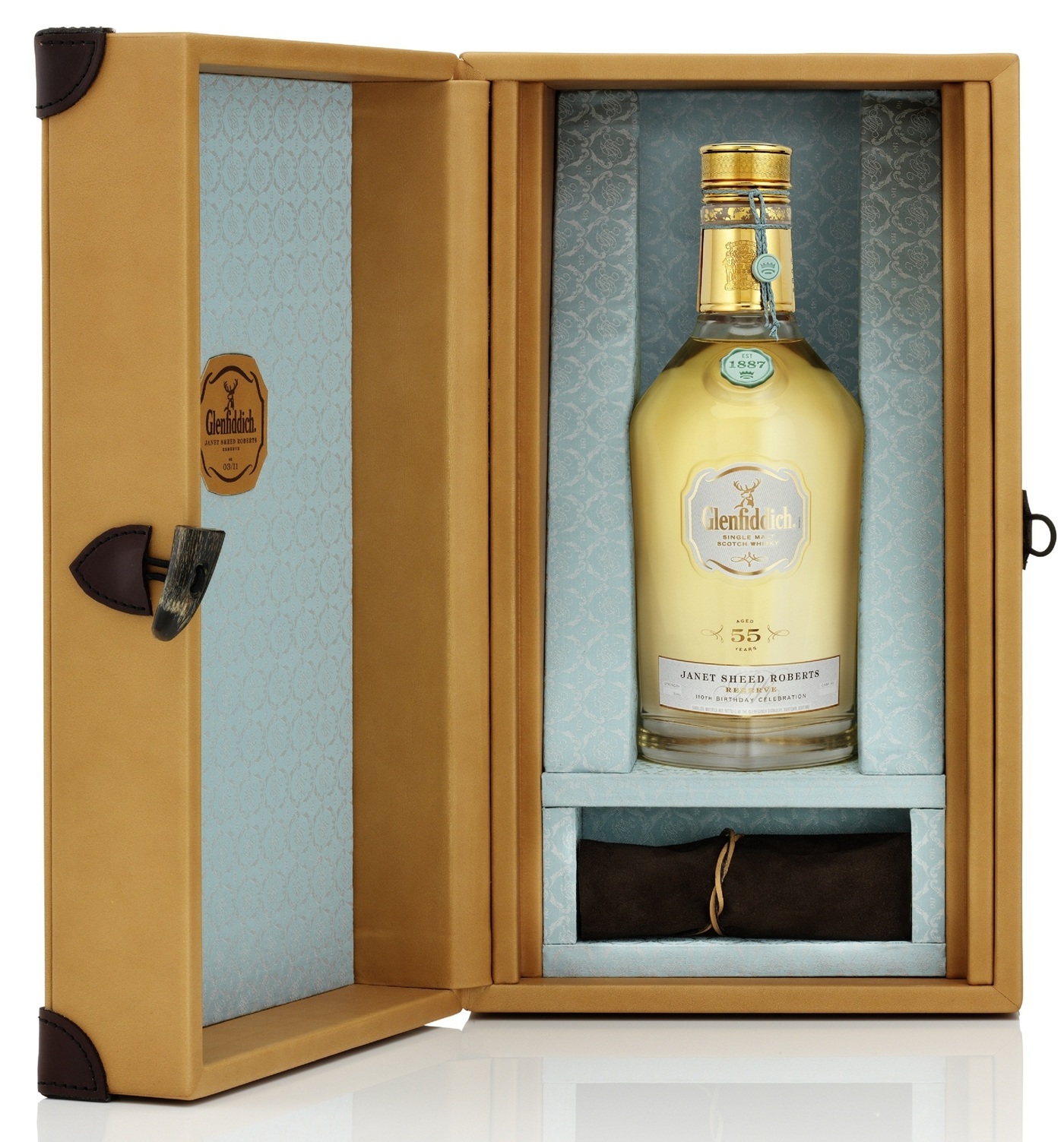 Though Glenfiddich Malt Master Brian Kinsman told Weekend All Things Considered that he thought the $94,000 paid for a bottle of his company's Janet Sheed Roberts Reserve 55 Year Old whisky was a record, it appears he was mistaken.

As we say in a new post where we hopefully set things straight, a bottle of 64-year-old Macallan single-malt whisky in a Lalique Cire Perdue decanter sold in 2010 for $460,000. Our thanks to reader Elliott Back for alerting us.

We apologize for the mistake.

Our original post (now obviously rather moot, but still interesting) — "This Is The World's Most Expensive Whisky": 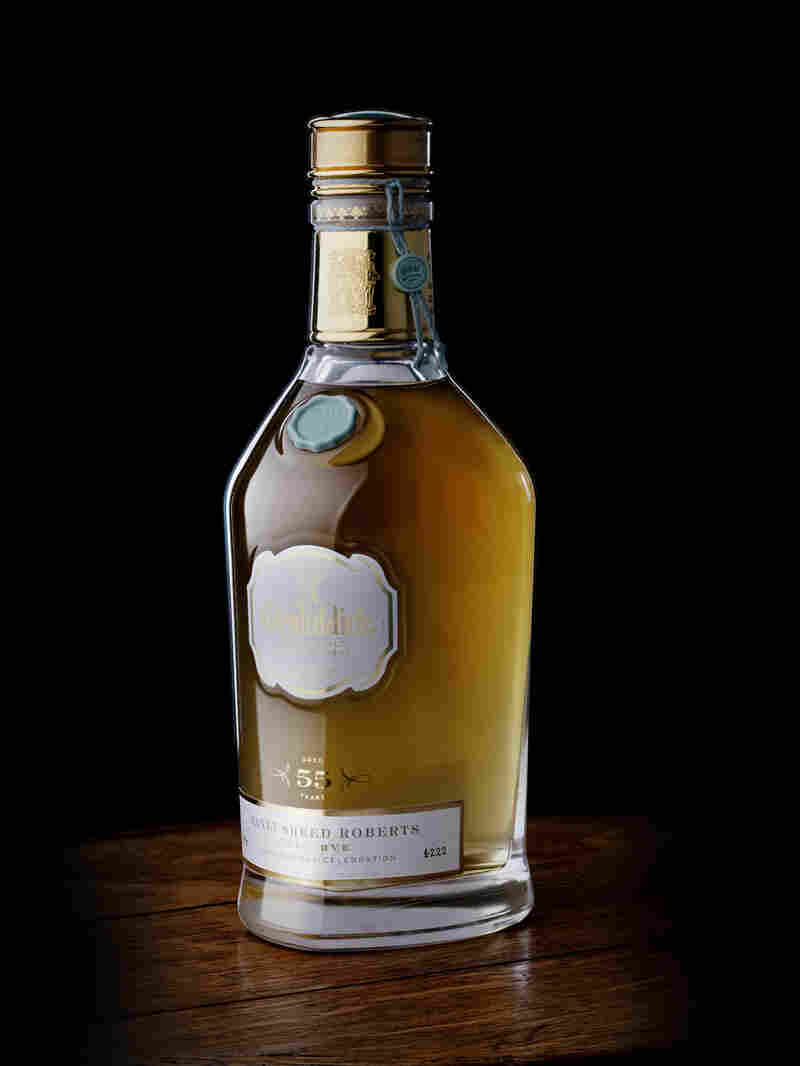 Brian Kinsman, Glenfiddich malt master, says the 55-year-old whisky isn't the oldest the company has ever bottled. That title goes to a cask of 1937 Glenfiddich, bottled in 2001. But the Roberts Reserve is a close second. Glenfiddich hide caption 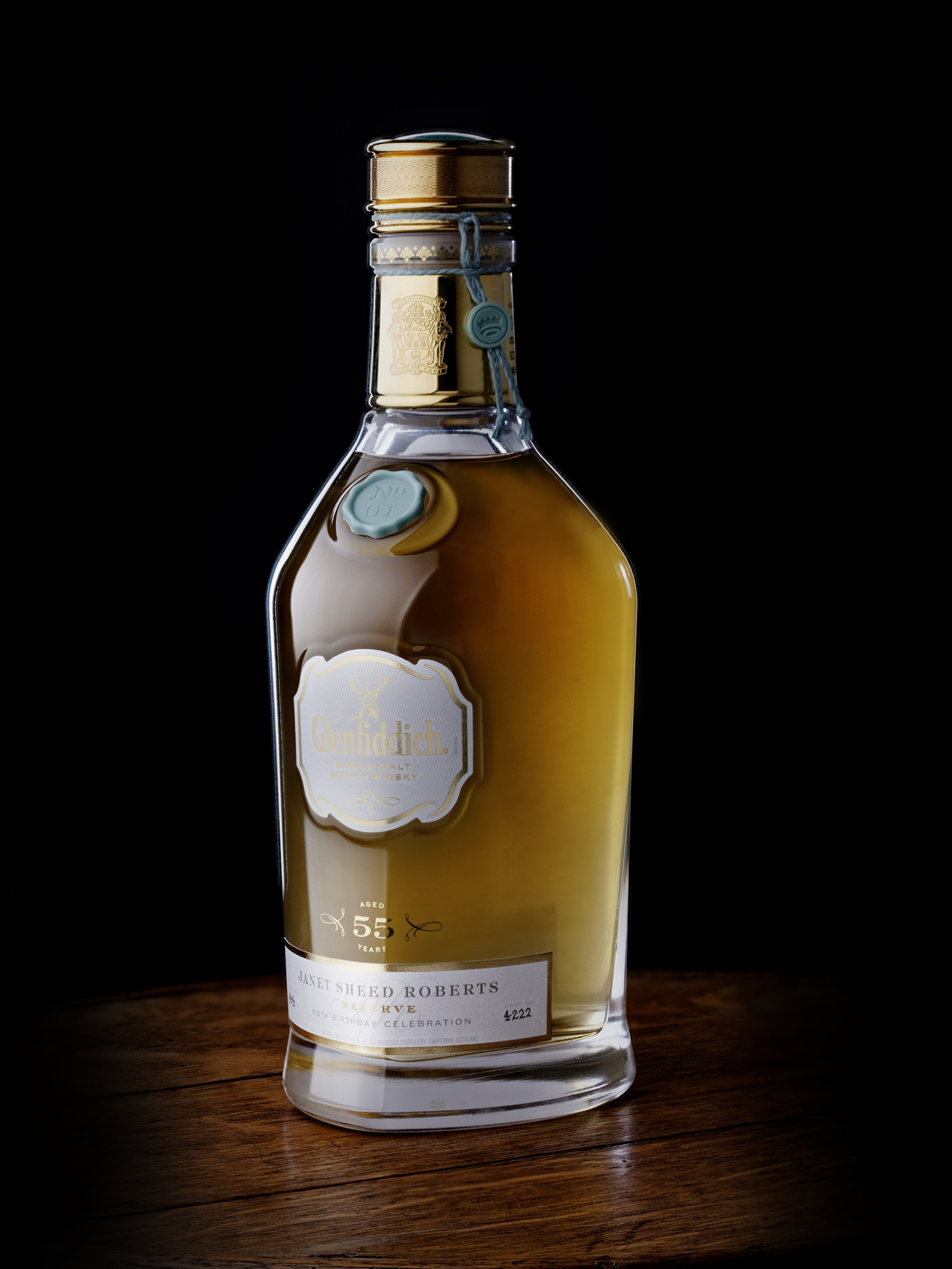 Brian Kinsman, Glenfiddich malt master, says the 55-year-old whisky isn't the oldest the company has ever bottled. That title goes to a cask of 1937 Glenfiddich, bottled in 2001. But the Roberts Reserve is a close second.

She died earlier this year, but on her final birthday, her family decided to honor the milestone.

From the company's stocks, Glenfiddich Malt Master Brian Kinsman helped select a cask of Scotch whisky that had been aging since New Year's Eve in 1955 — nearly the halfway point of Roberts' 110 years.

"We took 15 bottles, of which, four were kept by the family," Kinsman explains.

Eleven bottles remained — one for every decade of Roberts' life. Over the past year, Glenfiddich has been selling those bottles at charity auctions.

One sold for $94,000, purchased by an Atlanta-based whisky aficionado.

"We had a couple of drams with him afterwards," Kinsman says. "He was a lovely man, actually, and we had a good old chat."

The whisky was the star of the conversation, of course.

"It's absolutely beautiful," Kinsman says. "It's quite different from what you might imagine. You might imagine a very old whisky would taste really woody and oaky and quite powerful.

"And it's absolutely the opposite of that. It's very delicate. It's very floral and fruity. It's quite sweet. And it's just incredibly elegant."

The last of the 11 bottles will be on the auction block Tuesday in Los Angeles.

Kinsman, by the way, says he doesn't get tired of people asking whether all he does is drink all day — and he still laughs at the suggestion. On a typical day, he'll sample between 150 and 200 whiskies.

"I must stress, the vast majority — I'm just smelling them," he says. "Maybe tasting the odd one or two."

According to Guinness World Records, the most ever paid for a bottle of whisky at auction was $460,000, in 2010. The original version of this post said that the record price was $94,000 recently paid for another bottle.

Dec. 10: A photo caption that previously appeared on this page gave an incorrect name for the reserve named after the Glenfiddich founder's granddaughter. It is the Janet Sheed — not Janet Reed — Roberts Reserve.