Accessibility links
Can A 'Fiscal Cliff' Deal Be Both In And Out Of Reach? Yes : The Two-Way After President Obama and House Speaker John Boehner's face-to-face meeting, there's talk about an agreement soon being struck. But every such analysis also comes with many caveats.

Can A 'Fiscal Cliff' Deal Be Both In And Out Of Reach? Yes

Can A 'Fiscal Cliff' Deal Be Both In And Out Of Reach? Yes

The face-to-face meeting at the White House Sunday between President Obama and House Speaker John Boehner has led to analyses such as these this morning:

-- "The contours of a deal to avert the year-end fiscal cliff are becoming increasingly clear. But progress has been slow, and time is running out for leaders to seal an agreement and sell it to restless lawmakers who so far have been given little information." (The Washington Post)

-- "The disclosure of the meeting indicated that private discussions continue in the face of Republican leaders' public statements deploring the lack of progress and the president's refusal so far to specify the sort of deep, long-term reductions in spending for social programs that they insist upon as a condition of their support for raising taxes on high earners." (The New York Times)

-- "The lines are clear: Obama says a deal will not get done unless tax rates increase on top earners. Boehner says he's opposed to tax rate increases on anyone. But in recent days, the options seem to have narrowed for Republicans. Democrats have held firm on rate increases, while a few Republicans have slowly peeled away. For example, Sen. Bob Corker (R-Tenn.) on Sunday indicated he would let taxes rise on top earners." (Politico)

-- "For now, the bulk of attention is on the specifics of a deal. But speculation about details can obscure the bigger picture. An agreement hovers within reach. It could be expansive and historic, and would come at a time when Washington is accused of being small-minded and sclerotic." (The Hill)

-- "The meeting marks one of the first positive signs in days that negotiations may be moving forward in some degree." (NPR's Kirk Siegler, for our Newscast)

So what might a deal to avert going over the so-called fiscal cliff of expiring tax cuts and sharp spending reductions that kick in a year's end look like? The Associated Press reports that:

"Obama has been pushing higher tax rates on the wealthiest Americans as one way to reduce the deficit — a position Boehner and other House Republicans have been steadfastly against. Republicans are demanding steeper cuts in costly government entitlement programs like Medicare and Social Security.

"One GOP senator said Sunday that Senate Republicans would probably agree to higher tax rates on the wealthiest Americans if it meant getting a chance to overhaul entitlement programs.

"The comments by Bob Corker of Tennessee — a fiscal conservative who has been gaining stature in the Senate as a pragmatic deal broker — puts new pressure on Boehner and other Republican leaders to rethink their long-held assertion that even the very rich shouldn't see their rates go up next year. GOP leaders have argued that the revenue gained by hiking the top two tax rates would be trivial to the deficit, and that any tax hike hurts job creation.

"But Corker said insisting on that red line — especially since Obama won re-election after campaigning on raising tax rates on the wealthy — might not be wise."

As for the prospects of a deal being reached soon, The Wall Street Journal writes that "White House officials suggested the Obama-Boehner meeting was a positive sign for the long-stalled negotiations. The president's aides have left his schedule largely open this week so he has the flexibility to hold additional meetings and events. Mr. Obama plans to reiterate Monday at an event in Michigan his call for the House to pass an extension of the Bush-era tax cuts for households making under $250,000 in annual income. 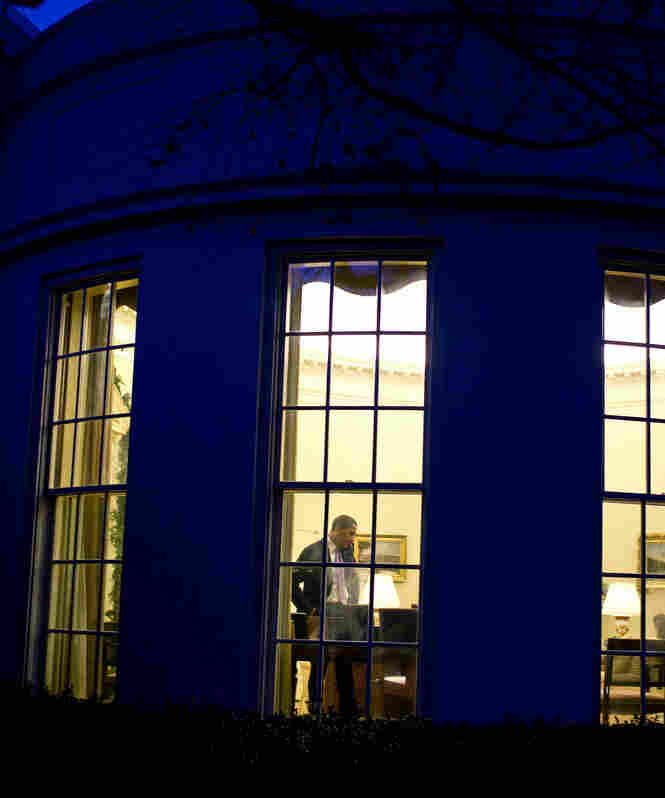 President Obama in the Oval Office, where there may be some more late night bargaining sessions before a deal is reached to keep the federal government from going over the "fiscal cliff." (December 2009 file photo.) Pete Souza/The White House hide caption 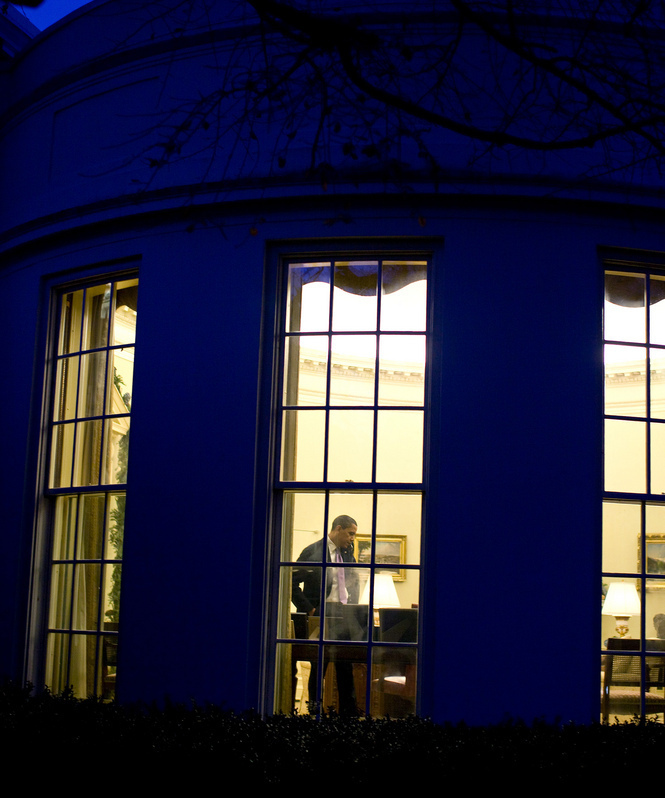 President Obama in the Oval Office, where there may be some more late night bargaining sessions before a deal is reached to keep the federal government from going over the "fiscal cliff." (December 2009 file photo.)