Accessibility links
Obama Recognizes Rebels As 'Legitimate Representative' Of Syrian People : The Two-Way The announcement, which was made on ABC, grants new legitimacy to the rebel coalition and marks a new phase in U.S. efforts against the Assad regime. Britain, France, Turkey and several Gulf Arab nations have already recognized the coalition as effectively being a government in exile. 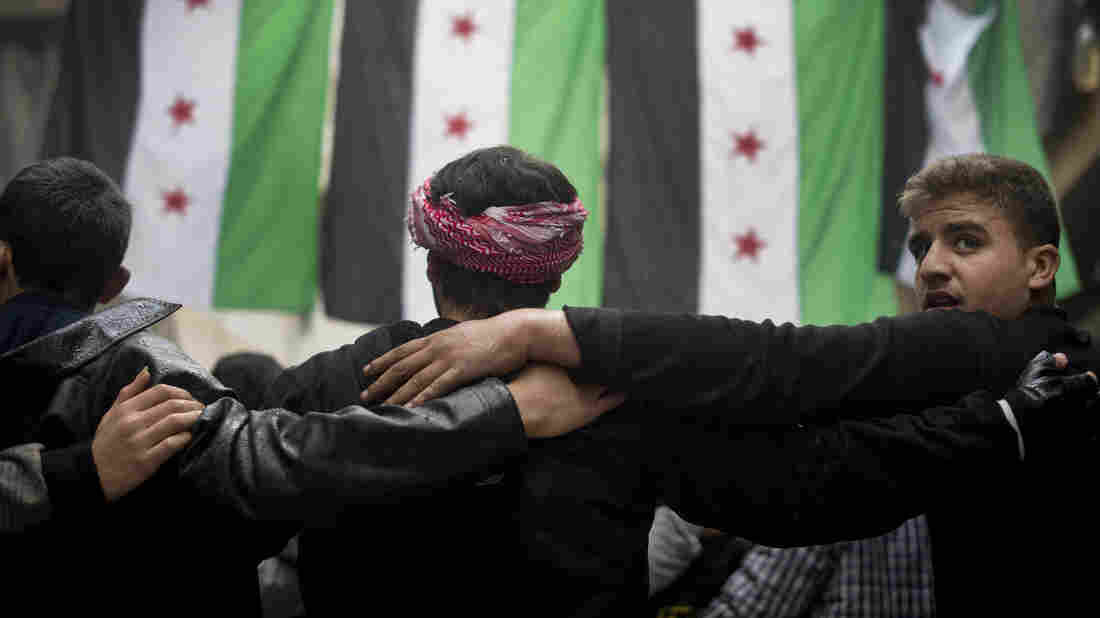 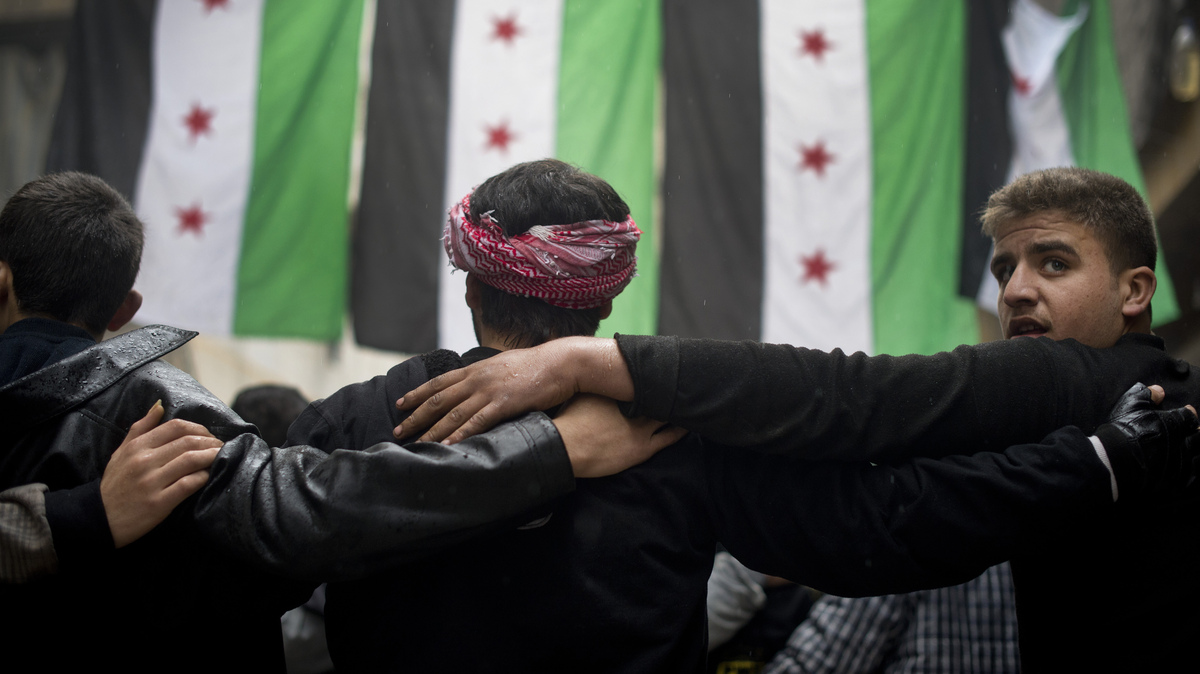 Rebel fighters take part in a demonstration against the Syrian regime after Friday prayers in Aleppo on Friday.

The website Talking Points Memo posted a video of this portion of the ABC interview:

The president called the move "a big step," but added that with this comes the responsibility to make sure the rebel coalition organizes itself properly and is inclusive of all parties, including women.

Tuesday's announcement comes just a day after the U.S. added a Syrian rebel group to its list of terrorist organizations. Obama acknowledged the presence of Islamist groups amid the coalition:

"Not everybody who's participating on the ground in fighting Assad are people who we are comfortable with," he said. "There are some who, I think, have adopted an extremist agenda, an anti-U.S. agenda, and we are going to make clear to distinguish between those elements."

The rebel coalition, formally the National Coalition of Syrian Revolutionary and Opposition Forces, was formed last month at a meeting in Doha, Qatar. Britain, France, Turkey and several Gulf Arab nations have already recognized the coalition as effectively being a government in exile.

The New York Times had this analysis of Tuesday's announcement:

"Mr. Obama's statement was an acknowledgment that the opposition had made sufficient progress to merit recognition. The American hope is that the opposition, in conjunction with local councils that are being formed in Syria, could help govern areas that have been wrested from Mr. Assad's control, provide public services like law enforcement and utilities, and perhaps even channel humanitarian assistance."

The move was widely expected. Secretary of State Hillary Clinton was to formally announce the shift in policy Wednesday at a meeting in Morocco of allies supporting the rebels. But she canceled her trip due to an illness.

ABC News will air the full interview, in which the president also addresses the negotiations with Republicans over the "fiscal cliff," on Friday at 10 p.m. ET.