Accessibility links
'Global Chorus Of Condemnation' After North Korea's Rocket Launch : The Two-Way Japan says North Korea's action was intolerable. The White House calls it a "highly provocative act." The U.N. Security Council is expected to meet later today. North Korea, though, insists this was a peaceful mission to put a satellite in orbit. It celebrated its accomplishment. 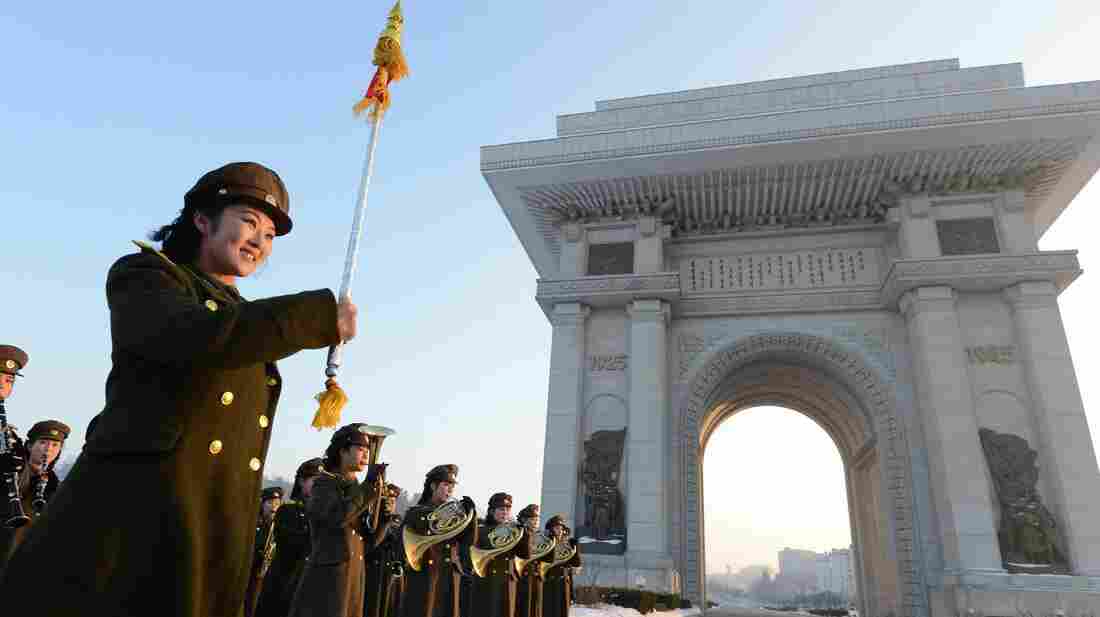 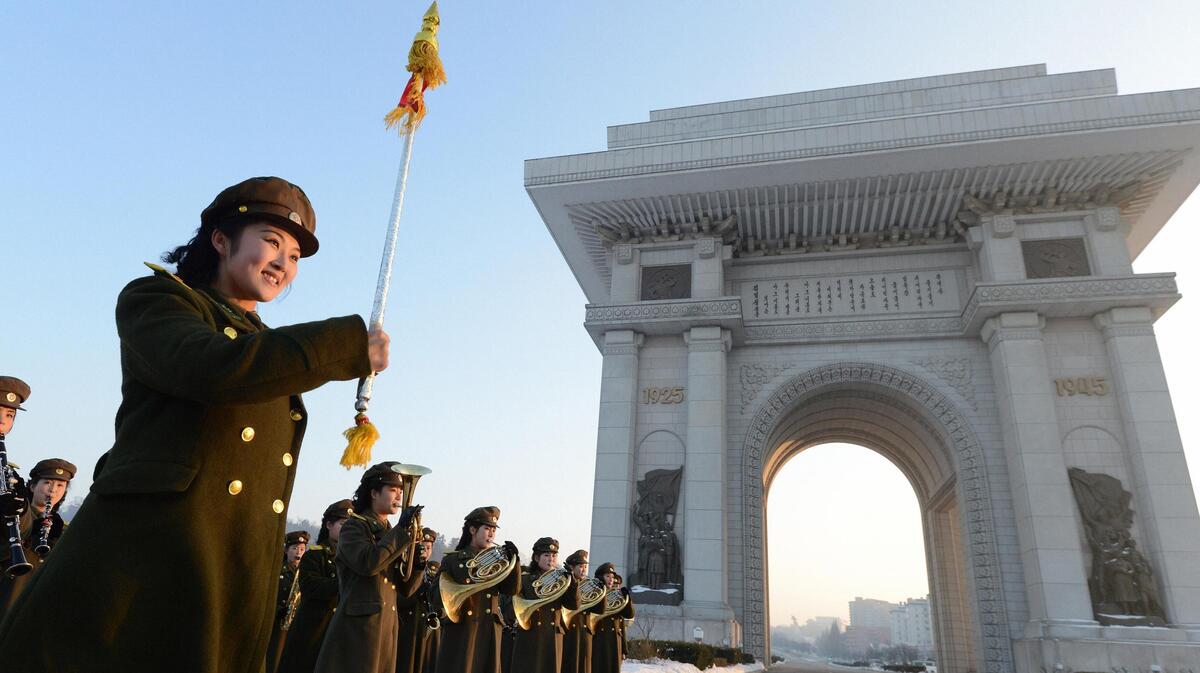 A North Korean military band performed today in Pyongyang to celebrate the country's rocket launch. Other nations, though, condemned the launch.

"The global chorus of condemnation has been loud and clear," after North Korea's successful launch of a long-range rocket that carried a satellite into space, NPR's Louisa Lim said today on Morning Edition.

From Beijing, Louisa reported that "Japan was quick off the mark, saying the launch was intolerable and calling for an emergency meeting of the United Nations security council later today. Even North Korea's traditional ally, China expressed its displeasure, albeit mildly."

As Louisa added, "North Korea is banned under U.N. resolutions from pursuing missile and nuclear-related technology." But it's difficult for the international community to deter North Korea, Louisa said: "There's little left to sanction, and so far, international condemnation has done little to sway Pyongyang from its path."

Not surprisingly, the reaction to the launch was quite different in North Korea, The Associated Press reports from Pyongyang: "North Koreans danced in the streets of their capital Wednesday."

"The rocket launch will enhance the credentials of 20-something leader Kim Jong Un at home a year after he took power following the death of his father Kim Jong Il. It is also likely to bring fresh sanctions and other punishments from the U.S. and its allies, which were quick to condemn the launch as a test of technology for a missile that could attack the U.S. mainland. Pyongyang says it was merely a peaceful effort to put a satellite into orbit.

"The White House called it a 'highly provocative act that threatens regional security.' "

"The three-stage rocket was launched from a site on North Korea's west coast.

" 'The launch of the second version of our Kwangmyongsong-3 [Unha-3] satellite from the Sohae Space Centre ... on December 12 was successful,' state news agency KCNA said. 'The satellite has entered the orbit as planned.'

"The rocket had been scheduled to pass between the Korean peninsula and China, with a second stage coming down off the Philippines."

As the AP notes, the successful launch "was a marked contrast to an attempted launch in April, which broke up soon after liftoff."