Accessibility links
Syrian Military Fired Scud Missiles At Rebels, U.S. Official Says : The Two-Way The development comes at a time when the fighting has been intensifying and the rebels appear to be gaining momentum in the battle against President Bashar Assad. 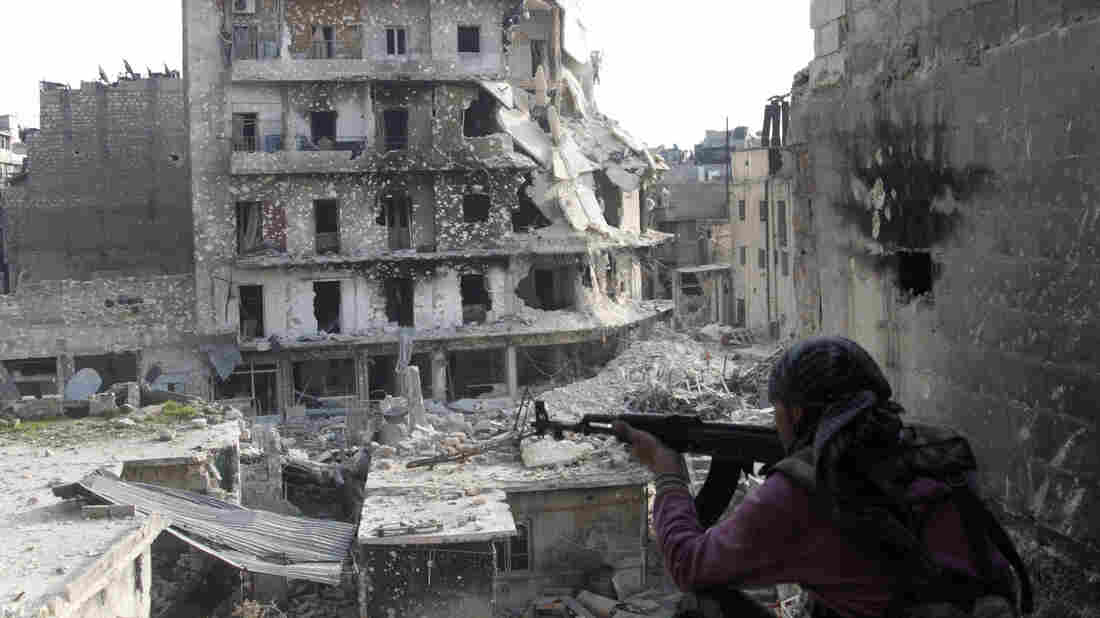 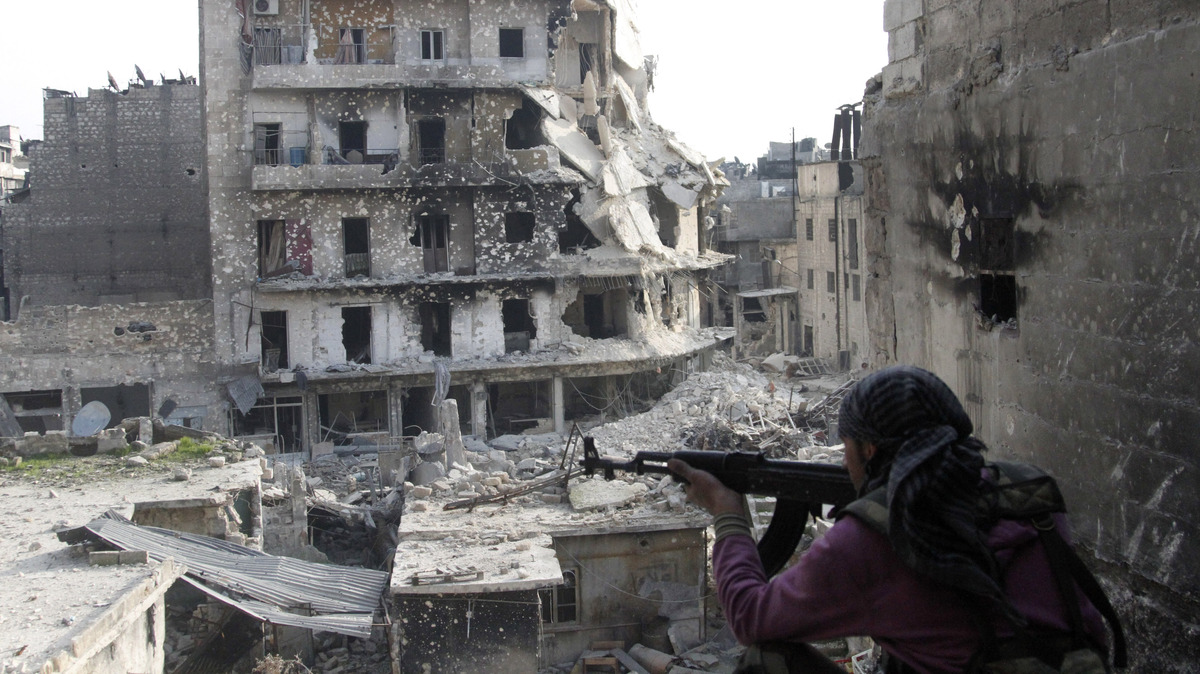 The Syrian military fired Scud missiles on rebel positions in northern Syria this week, a Pentagon source says. Here, a rebel fighter takes a position last month in the northern city of Aleppo, the scene of heavy fighting in recent months.

The Syrian military fired Scud missiles at rebel forces this week, launching them from near the capital Damascus and targeting opposition fighters in the north of the country, Pentagon sources tell NPR's Tom Bowman.

The development comes at a time when the fighting has been intensifying and the rebels appear to be gaining momentum in a nearly two-year-old battle against President Bashar Assad.

The Syrian military has frequently employed fighter jets and attack helicopters against rebel strongholds. But there have been no previous reports of Scud missile attacks. Scuds are known for their long range and substantial power, though they are not considered very accurate.

The Pentagon source says several missiles were fired Monday. There was no information on casualties.

A Syrian opposition group, the Local Coordination Committees, made mention of a Scud attack on Monday on its Facebook page, but the episode did not receive widespread attention until The New York Times reported it Wednesday.

It was not clear why the Syrian military would opt for Scud missiles when it can still carry out airstrikes and other attacks of equal or even greater intensity.

But as the Times reported:

"Military experts said the Assad government's use of Scuds might reflect worries that its aircraft have been vulnerable to rebel air defenses. In recent weeks, rebel forces have captured Syrian military bases, seized air-defense weapons and used some of them to fire at Syria warplanes. But one expert said that the government may have decided to use large missiles in order to wipe out military bases — and the arsenals they hold — that had been taken over by the opposition."

In another development Wednesday, more than 100 countries gathered in Morocco to recognize the recently formed Syrian National Coalition as the legitimate representative of the Syrian people.

President Obama said the U.S. would recognize the opposition in an interview broadcast Tuesday.

NPR's Kelly McEvers is in Marrakech covering the meeting and says that one debate focuses on how quickly the coalition should form a transitional government that could replace the Assad regime if it falls.

One speaker, Turkish Foreign Minister Ahmed Davatoglu, said: "Time is of the essence. What we need is now tangible action, not only initiatives or new efforts, but tangible actions to stop this oppression and the pains of the Syrian people."