Accessibility links
Diplomatic Shift? Russia Acknowledges Assad May Be On Way Out : The Two-Way For the first time, a top Russian diplomat has said that the Syrian president may be toppled. Coming from a country that has been among Assad's strongest supporters, the words are significant, analysts say. 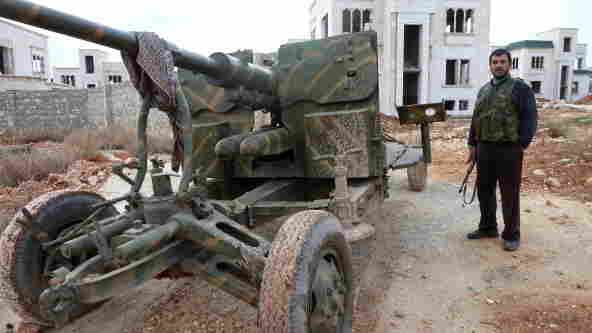 Northwest of Aleppo, Syria, this week, rebels were in control of this Syrian military base. Herve Bar/AFP/Getty Images hide caption 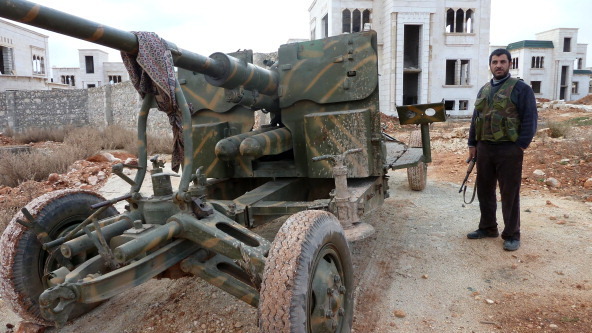 Northwest of Aleppo, Syria, this week, rebels were in control of this Syrian military base.

"Syria's most powerful ally, Russia, said for the first time Thursday that President Bashar Assad is losing control of his country and the rebels might win the civil war, dramatically shifting the diplomatic landscape at a time of enormous momentum for the opposition," The Associated Press writes.

Here's what Deputy Foreign Minister Mikhail Bogdanov said, according to the AP:

"We must look at the facts: There is a trend for the government to progressively lose control over an increasing part of the territory. ... An opposition victory can't be excluded."

The Guardian posts this translation:

"One must look the facts in the face: the tendency is that the regime and government of Syria is losing more and more control and more and more territory. ... Unfortunately, the victory of the Syrian opposition cannot be ruled out."

The New York Times adds that:

"Russia, Mr. Bogdanov said, is preparing to evacuate its citizens — a complex task, since for decades, Russian women have married Syrian men sent to study in Russia and returned home with them to raise families. It was the first time an official at Mr. Bogdanov's level had announced plans for an evacuation, which sent a clear message to Damascus that Russia no longer holds out hope that the government can prevail."

"These comments are significant. Russia has been a firm supporter of President Assad, providing the Syrian government with political and military support; it has also protected the Syrian leader at the UN, by vetoing Security Council resolutions that would have increased the pressure on the Syrian president.

"Now, for the first time, the Russians have publicly conceded that their ally faces possible defeat."

As Bogdanov's words are being parsed, the violence continues. The AP says Syrian state media are reporting that a bomb blast today in a Damascus suburb killed 16 people. In the 21 months since an uprising against the Assad regime began, tens of thousands of people have been killed.

" 'I think the regime in Damascus is approaching collapse,' NATO Secretary-General Anders Fogh Rasmussen told reporters after a meeting with Dutch Prime Minister Mark Rutte at NATO headquarters in Brussels."

Also this morning, Syria's foreign minister denied reports that the regime has fired Scud missiles at rebel forces this week.