Accessibility links
No Alarm Sounded When The West Virginia Pipeline Exploded : The Two-Way The NTSB is investigating why no warning sounded in the control center of pipeline operator, Columbia Gas Transmission, when the explosion occurred.

No Alarm Sounded When The West Virginia Pipeline Exploded

No Alarm Sounded When The West Virginia Pipeline Exploded 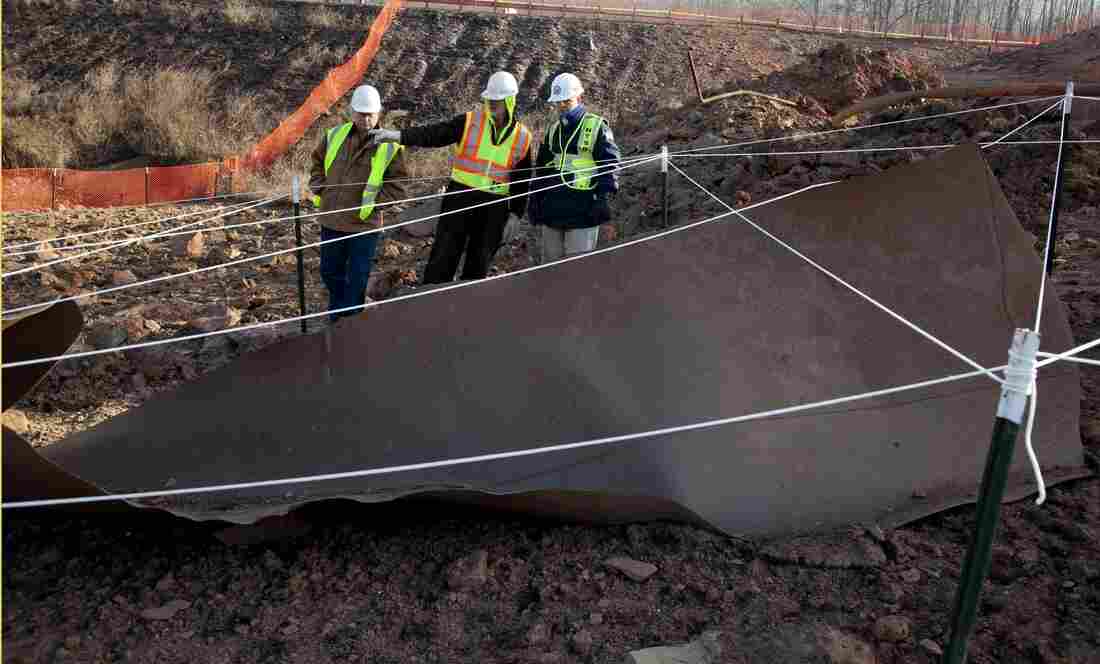 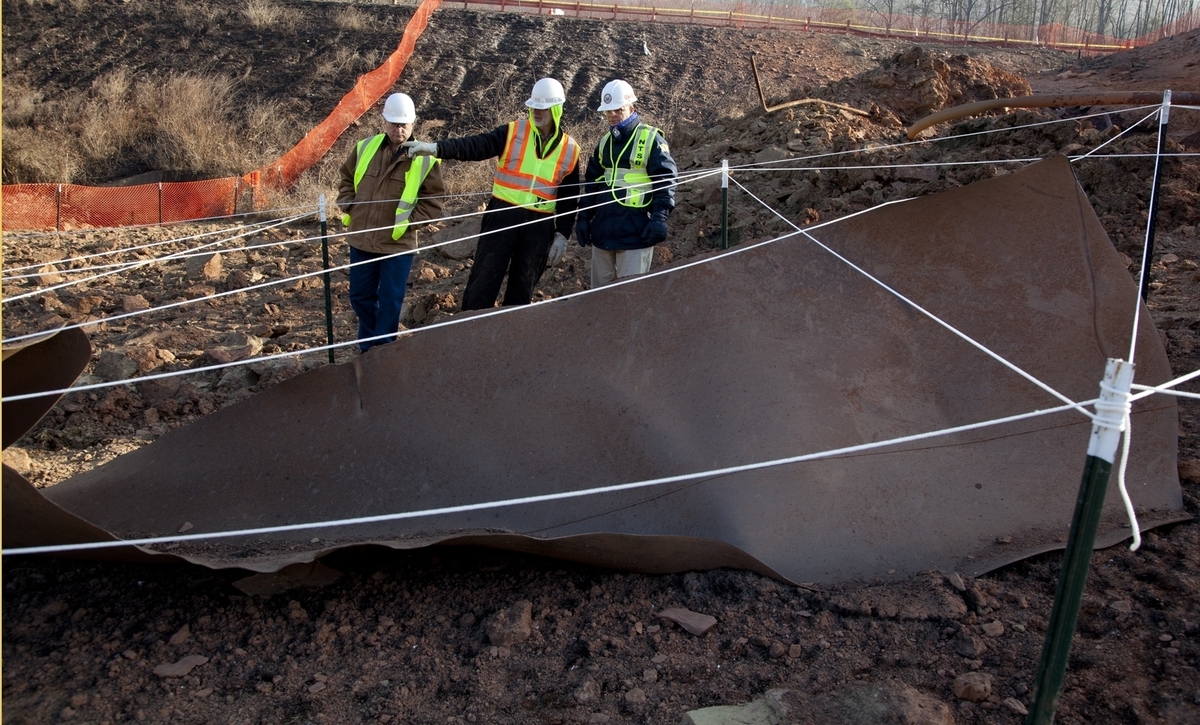 When the 20-inch gas pipeline next to Interstate 77 in West Virginia first ruptured on Tuesday, nobody at pipeline operator, Columbia Gas Transmission, knew it.

Now, the National Transportation Safety Board is trying to find out why. NTSB member Robert Sumwalt says no warning went off in the operating company's control center in nearby Charleston, so investigators are going there to interview staffers and review data.

The explosion shut down the freeway and leveled at least four homes. No one was killed or badly injured. 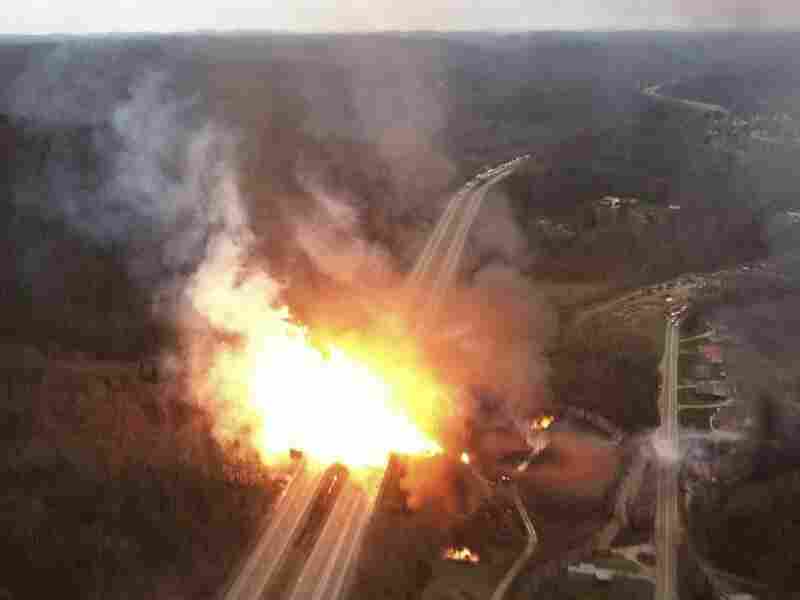 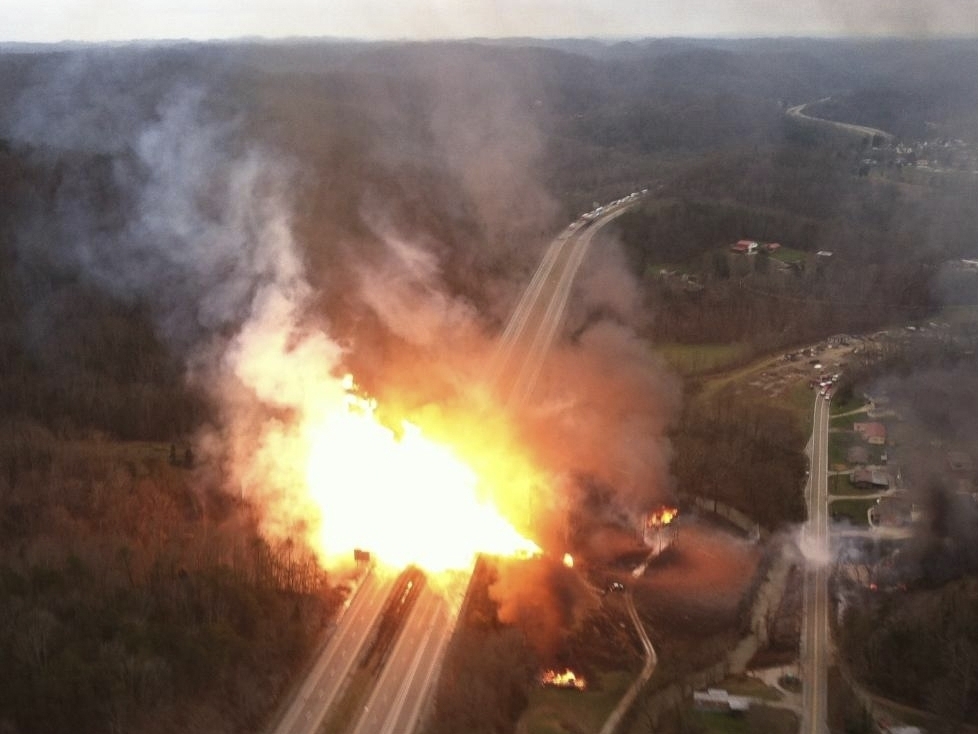 A fireball over Interstate 77 after a gas line ruptured in Sissonville, W. Va. on Tuesday, Dec. 11.

It's unclear how CGT learned of the disaster. CGT's parent company, NiSource Gas Transmission and Storage, reports the explosion occurred just before 1 P.M. Sumwalt says there were no reports of a gas odor and no 911 calls were placed ahead of the blast.

Federal officials are also examining a 20-foot hunk of the pipe flung off by the force of the blast; they're going to take undamaged pipe sections near the breach for comparison and analysis.

There was a gas explosion in about the same region in 2002, Sumwalt acknowledged, but no link has been determined to this event. He was firm during a press briefing that no information would be released until it was verified - he noted that before NTSB investigators came to the scene north of Charleston, they were incorrectly told by the company that the pipe was larger than it turned out to be.

Searching is still treacherous at the site. When NTSB officials went to the pipe breach, they had to take along gas detectors and couldn't use their cameras or phones, because of the danger of sparks. However, I-77 remains open to travelers.