Accessibility links
Sales Soar In Gaza Of Fragrance Named For Rocket Fired At Israel : The Two-Way M75 fragrances for men and women get their name from rockets fired from Gaza into Israel in November. Sales have been soaring, shopkeepers say. No, they don't smell like rocket fuel. They're citrus-scented. 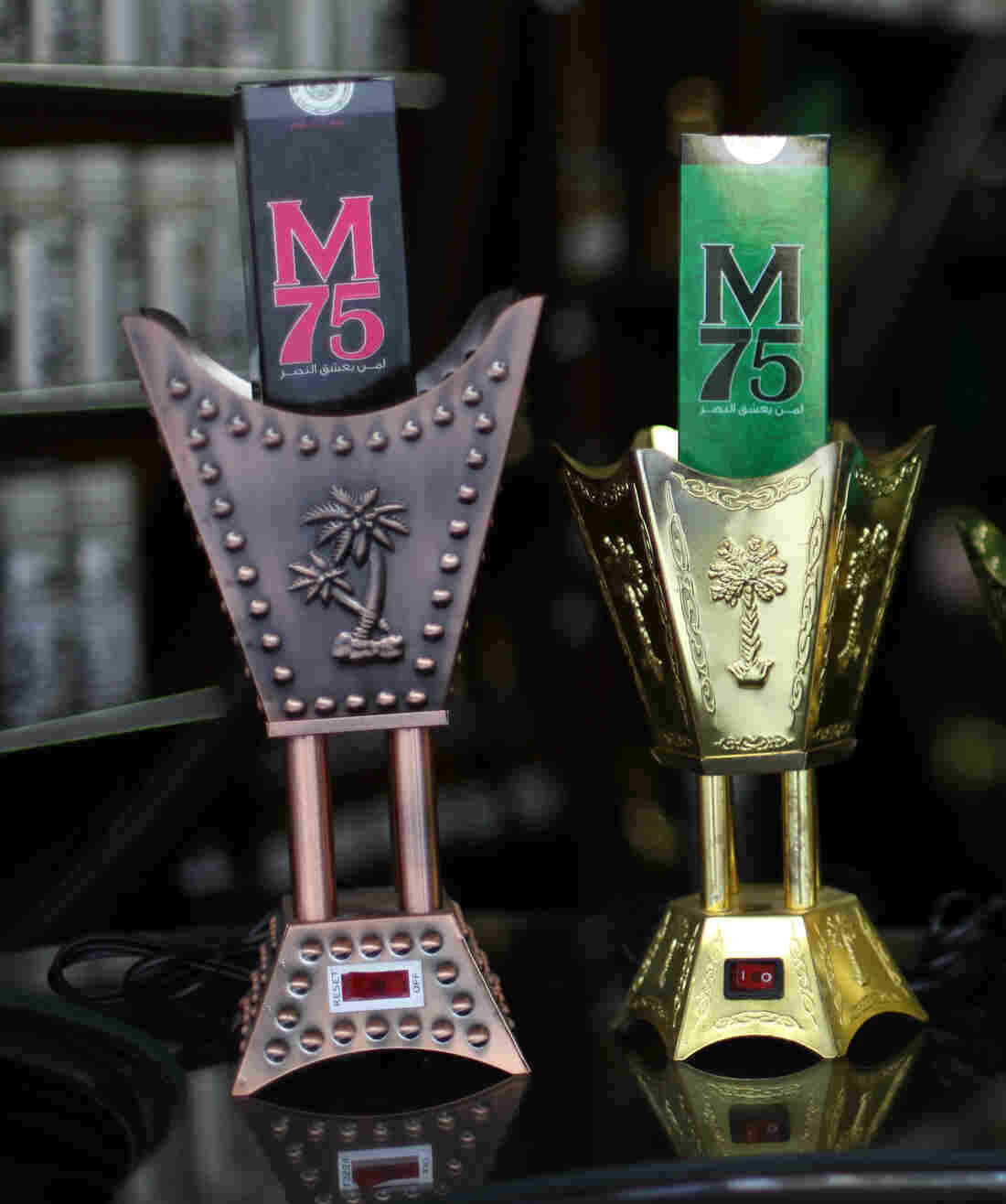 Bottles of M75 on sale at a shop in Gaza City. The fragrance is named for the rockets fired from Gaza into Israel. Ashraf Amra /APA /Landov hide caption 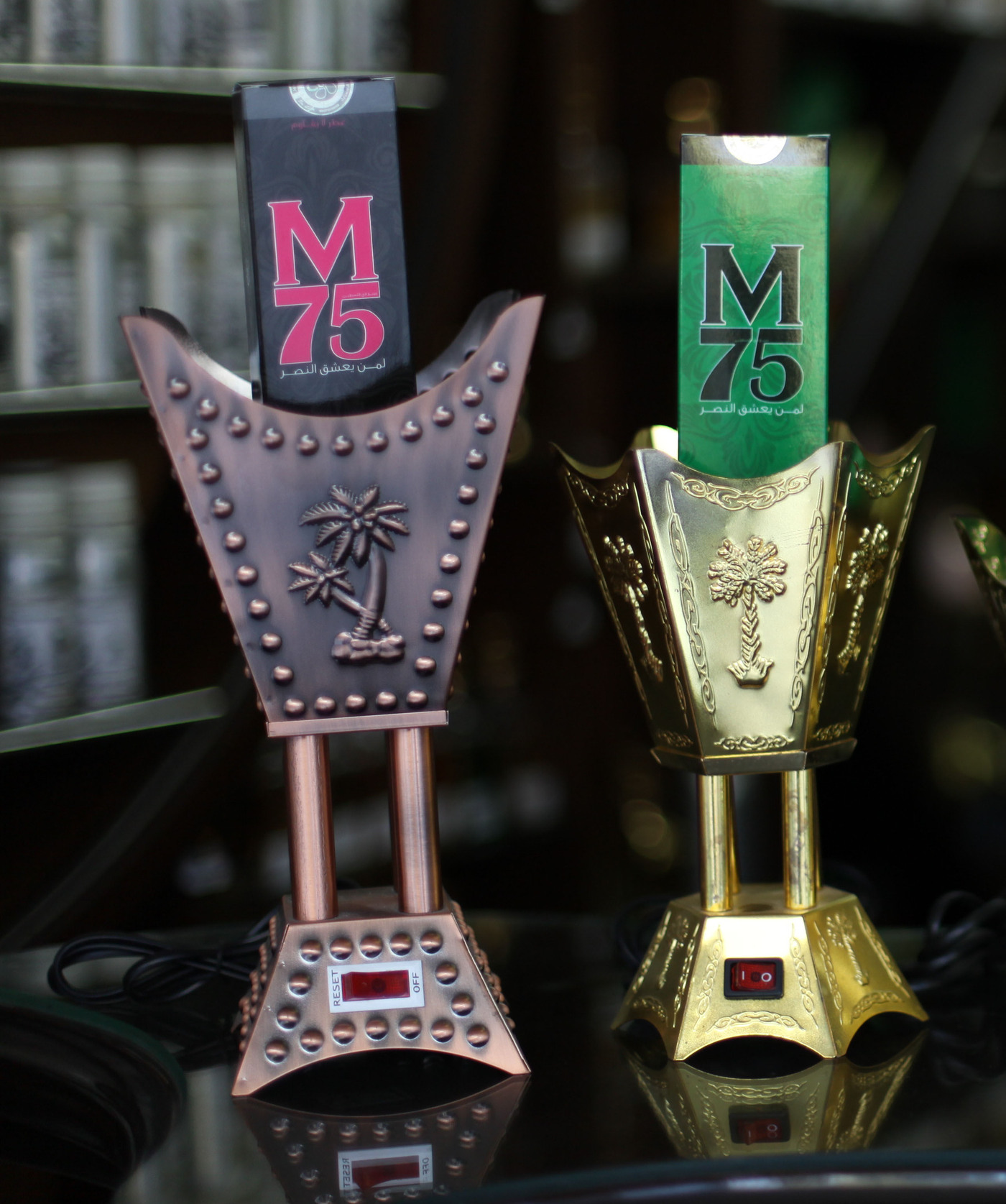 Bottles of M75 on sale at a shop in Gaza City. The fragrance is named for the rockets fired from Gaza into Israel.

Before anyone else does, we'll make the "I love the smell of napalm in the morning" reference that comes to mind when you read this:

"Sales of a citrus-scented perfume marketed in Gaza have soared since it was named in honor of the rockets that Palestinians shot at Israel during a war last month, the manufacturer said." (Reuters)

The scent — there's one for men and another for women — is named M75. It's marketed by a Gaza company called Stay Stylish. The marketing director, who wanted only to be known as Shadi, tells CNN that in Gaza, M75 "means a period of happiness, or the feeling of victory, and the use of the perfume is an expression of happiness as well."