Accessibility links
Schools Have Become More Secure Since Columbine, Experts Say : The Two-Way The actions of first responders also have changed since the 1999 shooting in Colorado, according to security experts. 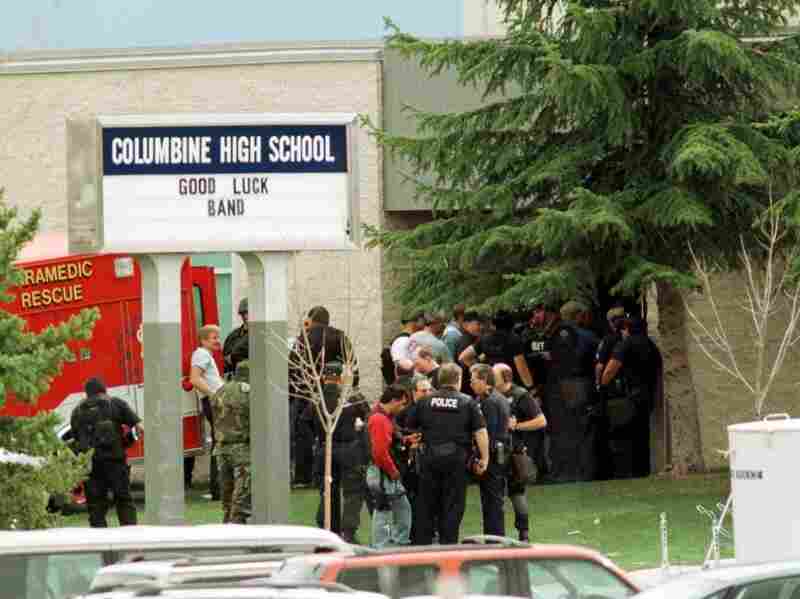 Police gather at the east entrance of Columbine High School in Littleton, Colo., on April 20, 1999. School security has improved markedly since the Columbine shooting, experts say, but there still are problems. Mark Leffingwell/AFP/Getty Images hide caption 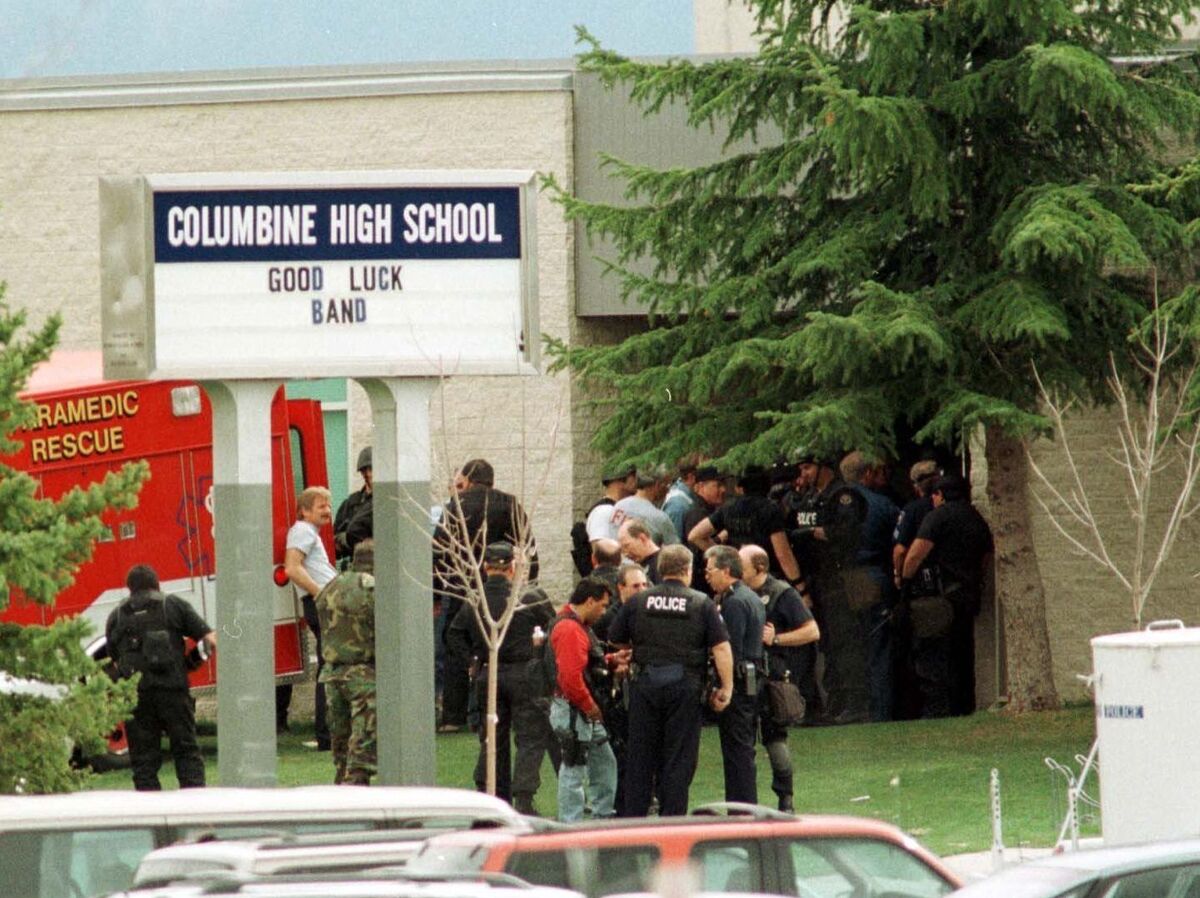 Police gather at the east entrance of Columbine High School in Littleton, Colo., on April 20, 1999. School security has improved markedly since the Columbine shooting, experts say, but there still are problems.

Even as Friday's shooting at Sandy Hook Elementary in Newtown, Conn., suggests that more could be done, the whole culture of school security has undergone a revolution since the 1999 Columbine school shooting, experts say.

"Schools are far more secure than they were at the time of Columbine," says Paul Timm, president of RETA Security Inc., a school security consultancy.

For one, he says, "They keep most exterior doors secured, which is something they didn't pay much attention to before."

The actions of first responders on the scene of a school shooting incident have also changed, Timm says.

Before Columbine, "Police would often just come in, set up a perimeter and call in the SWAT team" and then wait for them to arrive, he says.

That turned out to be a bad idea. Taking down the shooter as quickly as possible, with whatever resources are at hand, should have been the priority. That's readily acknowledged today, he says.

"The closest officers respond, go in and eliminate the threat," Timm says. "They don't stop to help victims — that's emergency services' job. They go in to take out the shooter."

"Most communities have first responders that are much better trained for this kind of an incident than they were prior to Columbine," he says. "During Columbine, the police sat around and watched what was happening for a few hours before doing something. That wasn't the right strategy."

Physical security has been upgraded, and lockdown procedures intended to isolate students and teachers from an active threat are practiced, Timm says.

"Emergency planning has changed completely. Most schools are now required to have at least one lockdown drill per year to prepare for just the kind of active-shooter situation that seems to have occurred here," he says.

In most schools, doors that had never been locked during school hours are now shut tight. And, at many schools, even metal detectors were installed to prevent weapons and contraband from getting on campus.

The metal detectors got a lot of attention in the media, but their effectiveness has long been questioned, says Timm.

"Many of the schools have 10, 20 or more exterior doors. If a student, for example, knows there's a detector at one entrance, they will try to bring in contraband through another way."

There's another difficulty with metal detectors. They're not cheap, Sroka says.

"People didn't realize that you had to have someone manning those things during school hours — that's costly," he says. "Many schools have metal detectors now, but no one to man them because of cutbacks."

In smaller communities, such as Newtown, another problem can stand in the way of school security, Sroka says: People think school shootings are mainly a big-city problem.

"I was just in Wyoming and at some schools there, you can just walk right in," he say. "The doors aren't even locked."

Sroka thinks this latest tragedy can be a teachable moment.