Accessibility links
At Funeral Services For Newtown Victims, Sharing Memories And Grief : The Two-Way Two first-graders killed in the Newtown shootings were the first victims to be laid to rest in funeral services on Monday. Jack Pinto and Noah Pozner were both 6 years old. 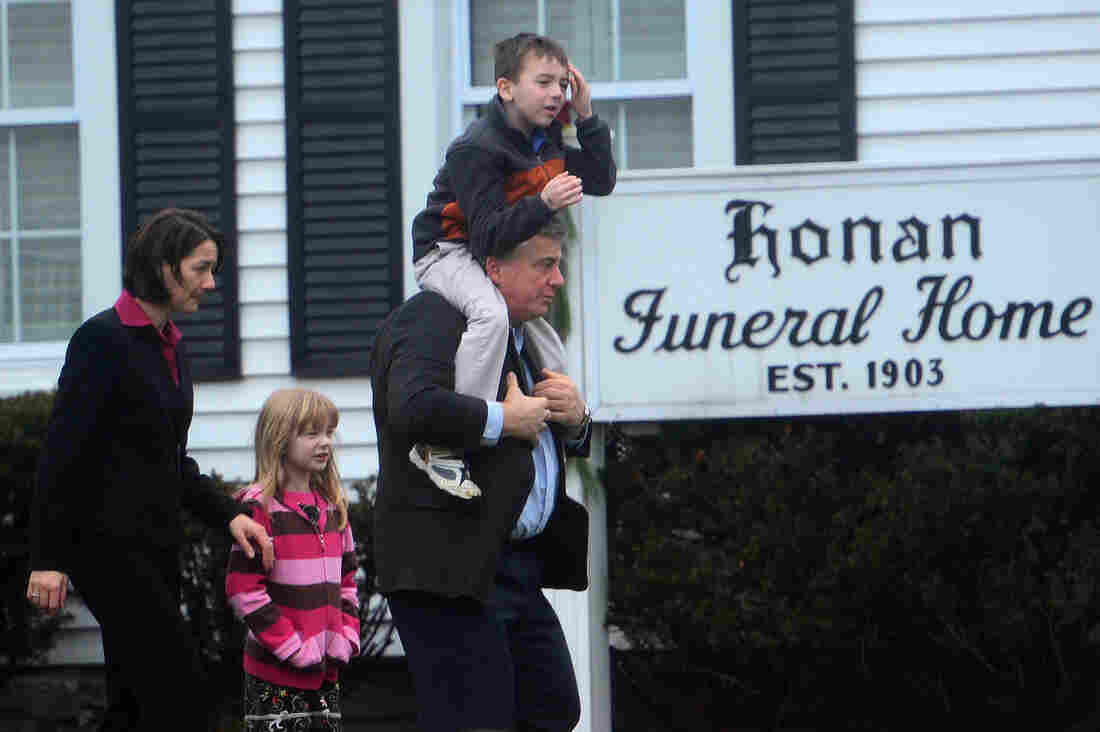 Mourners leave the Honan funeral home after attending the funeral of Jack Pinto, 6, one of the victims of the Sandy Hook Elementary School shootings, in Newtown, Conn. Emmanuel Dunand/AFP/Getty Images hide caption 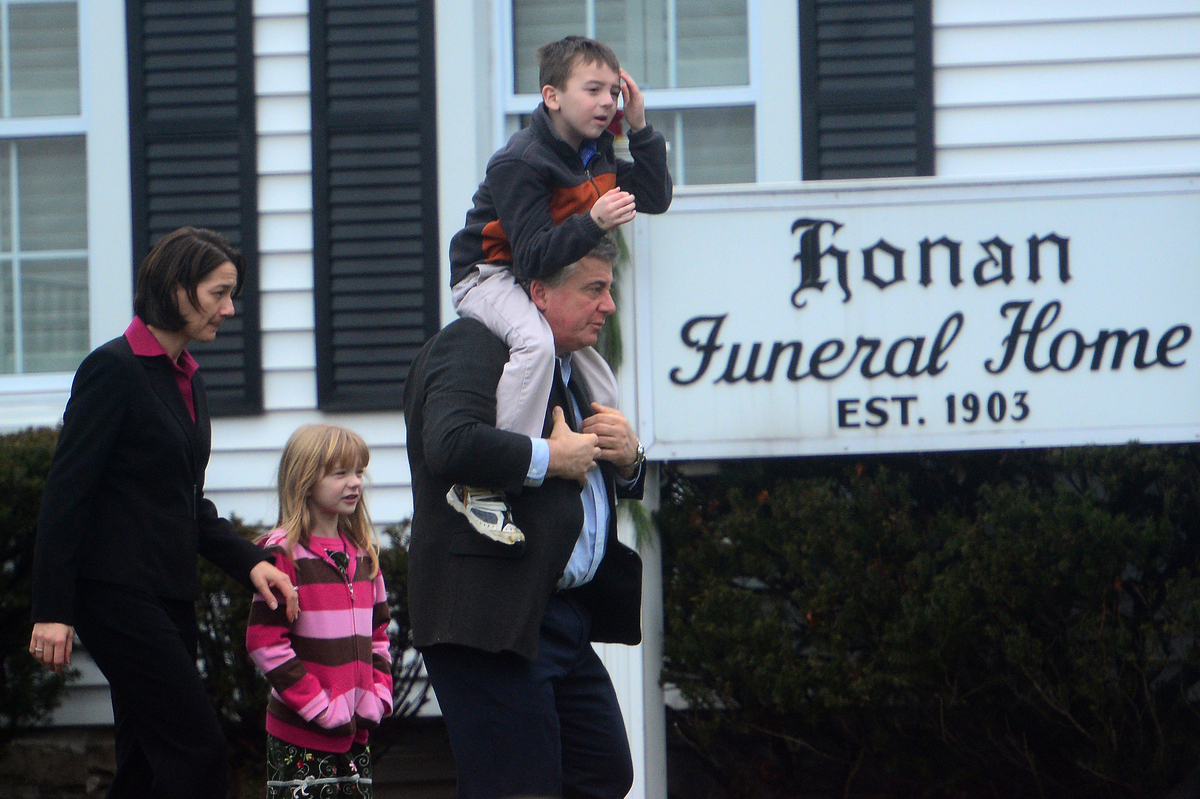 Mourners leave the Honan funeral home after attending the funeral of Jack Pinto, 6, one of the victims of the Sandy Hook Elementary School shootings, in Newtown, Conn.

Two first-graders killed in the Newtown shootings were the first victims to be laid to rest at funeral services Monday. Both Jack Pinto and Noah Pozner were 6 years old.

Family and friends remembered Noah Pozner as "inquisitive," "spirited" and, as one uncle described him, "smart as a whip." He leaves leaves behind a twin sister as well as his mother, father and two other siblings.

His family decided to open his memorial service to the public. As NPR's Tovia Smith reports for All Things Considered, strangers, along with family and friends, lined up outside the Fairfield, Conn., funeral home to mourn Noah's death.

"His name will live on forever in the minds and hearts of so many who didn't know him," says Carol Wineshell, who retired from a nearby school district last year.

Rabbi Shaul Praver, who officiated Monday's service, says Noah's mother made the decision to have the service open to the public.

"They wanted to scream it from the rooftops: 'My little boy, you know, he was a beautiful boy. And I want to tell you all about it,' " Praver says, referring to the family's choice. " 'I want you to see what he looks like and be part of our grief, because everyone that shares, maybe helps carry it a little bit.' "

"Jack was among the youngest members of a youth wrestling association in Newtown, and dozens of little boys turned up at the service in gray Newtown Wrestling T-shirts."

He was also a fan of New York Giants wide receiver Victor Cruz, who on Sunday sought to honor the first-grader by writing on his cleats, "Jack Pinto, My Hero."

Cruz tells The Daily News that he reached out to Jack's family and spoke with them over the phone: "I was in the hotel [in Atlanta] and as I was talking to them I was fighting back tears. You could hear everybody in the background crying as well. It was tough to listen to," Cruz said.

The Washington Post reports the Honan funeral home, where Jack's memorial was held, will host 11 more burials of Sandy Hook victims in the coming weeks.