Accessibility links
In A 'Numb' Newtown, Students Head Back To School : The Two-Way Sandy Hook Elementary's students will attend classes in other buildings. Meanwhile, the investigation into why Adam Lanza attacked the school — killing 20 children and six adults — continues.

Listen
In A 'Numb' Newtown, Students Head Back To School

In A 'Numb' Newtown, Students Head Back To School 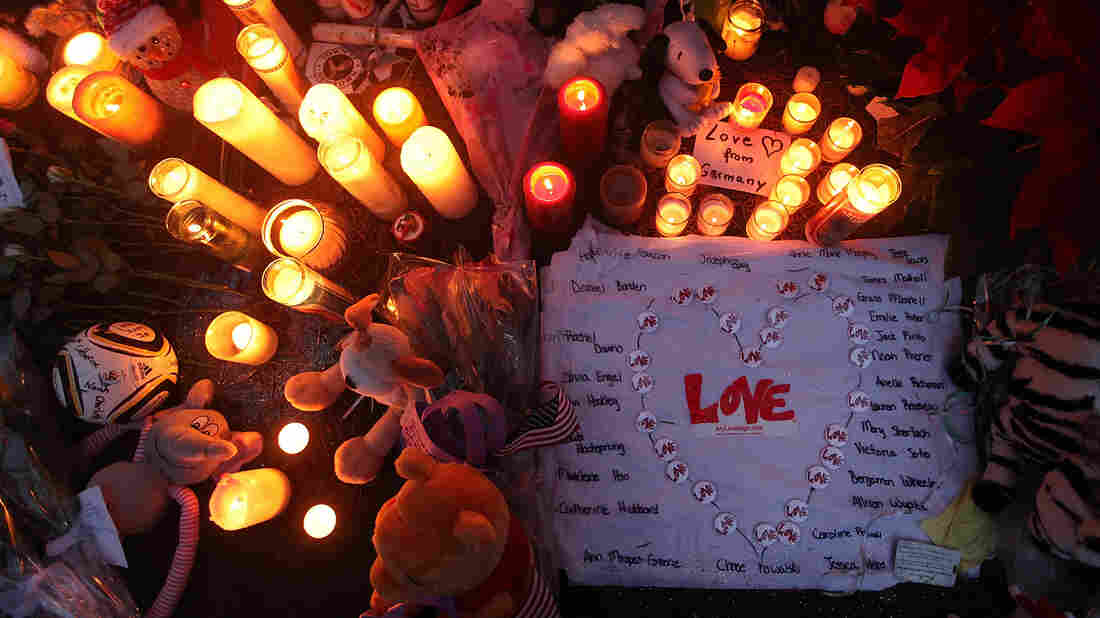 In Newtown: A memorial to the victims. Mario Tama/Getty Images hide caption 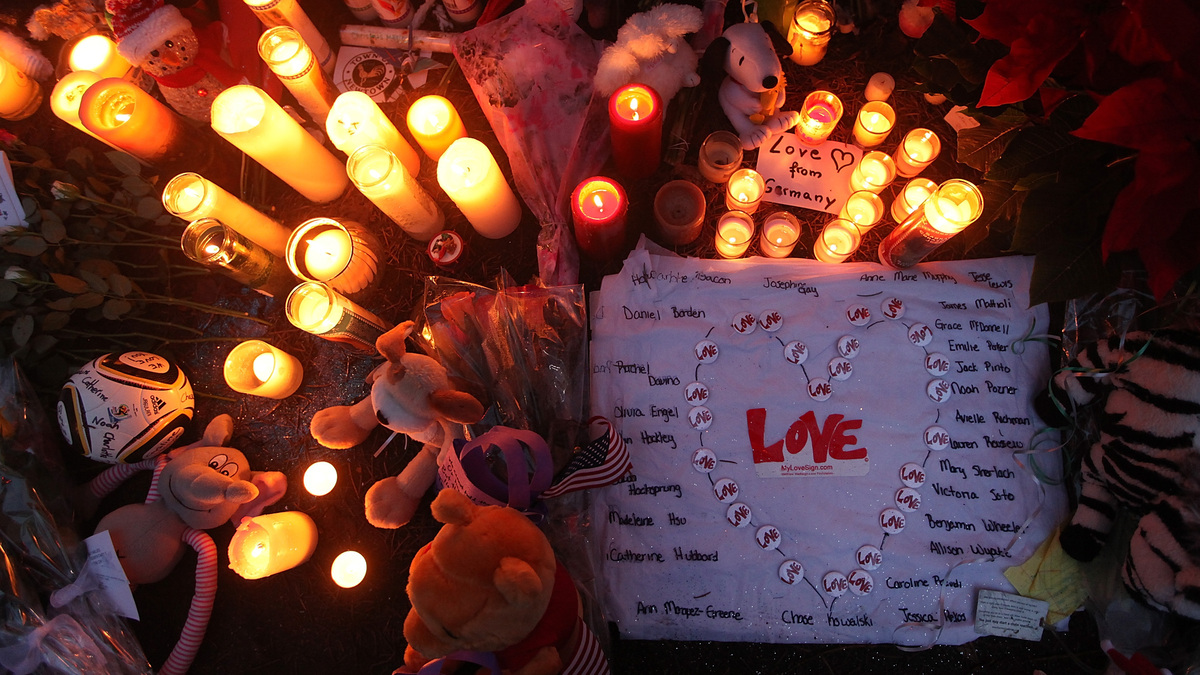 In Newtown: A memorial to the victims.

Most students returned to school today in Newtown, Conn., site of Friday's mass shooting at an elementary school that left 20 first-graders and six adults dead or dying.

Sandy Hook Elementary, where the shooting rampage occurred, will not be reopening. As we reported Monday, investigators say it could be months before their work is done at the building. And local officials have said the school's students — who are not among those returning today — will never go back to Sandy Hook. They'll be attending classes in other facilities when they come back to school.

Update at 12:45 p.m. ET. Reports: Another Elementary School In Newtown Closed For Day Due To "Undisclosed Threats":

Classes never got started today at one of Newtown's other elementary schools, Head O'Meadow, because of an unspecified threat, according to what school officials are telling local news outlets.

"Public schools in Newtown were scheduled to open two hours late, so no students were at school when the threat was received. School officials said police had predicted that there might be some threats and there was one.

"All staff members are safe, school officials said. Police were at the scene as a precaution before the threat was made."

The New Haven Register quotes "an official with the Newtown Police Department" as saying "it was only precautionary" and that "there's nothing to worry about." And, the Register adds, "officer Tim Succi of the Redding Police Department told a reporter on the scene that no one is being allowed on the site. The school's driveway was blocked off."

Update at 9:30 a.m. ET. Being In School Is Definitely Better Than Staying Home, Student Says.

At Newtown High School this morning, The Associated Press reports:

"Students in sweatshirts and jackets, many wearing headphones, waved at or snapped photos of the assembled media horde on their way into the building. Reuniting with friends and getting back to school were welcome tasks, said one sophomore.

"At home, his family, who moved to Newtown just last year, was distraught. ... At school, he didn't expect to get much work done Tuesday but rather anticipated most of the day would be spent talking about the shooting. 'It really hasn't sunk in yet,' he said. 'It feels to me like it hasn't happened. It's really weird.' "

Meanwhile, the investigation continues and so do the news media's efforts to find out more about the gunman — 20-year-old Adam Lanza, who killed himself at the school — his motives and why he also apparently murdered his mother.

And there more heart-breaking stories about the victims.

Here are some of today's headlines and reports:

-- "Who Are They? Stories About The Victims Of Friday's Shootings." (The Hartford Courant)

-- "The 20-year-old man who burst into an elementary school here and fatally shot 20 children and six adults destroyed a computer in his home, which could thwart the investigation into his motive, a law-enforcement official said on Monday." (The Wall Street Journal)

-- After 3 days, the people in Newtown were still numb. Cindy McIntyre, 56, has lived there for 20 years. "We're all deeply deeply upset," she said Monday. Every time I find someone from Newtown, I start to cry. ... We hug each other a lot. And if you see someone hugging, it's not a quick hug like New Englanders are known to do. It's a hug that you hold on to for a long long time." (NPR's Don Gonyea on Morning Edition.)