Accessibility links
How Much Good Can You Do? There's A Calculator For That : The Two-Way The "Giving What We Can" campaign urges members to donate 10 percent of their incomes to effective charities. Over many years, the group's calculators suggest, such giving could improve far more lives than you might imagine.

This time of year, many are thinking about giving to one charity or another and wondering just how much good their donations will do.

Oxford University ethics professor Toby Ord talks with All Things Considered today about his "Giving What We Can" campaign, which encourages members to donate 10 percent of their incomes to charities, and the online calculators he's come up with that aim to show how steady giving can produce some very positive results.

For instance, Ord's calculator estimates that if a 55-year-old earning $50,000 annually gave 10 percent of that income to charity each year until age 65:

20 "healthy lives" would be created (that's somewhat akin to saving lives, but more about making lives better and less subject to such threats as chronic or deadly diseases).

There's also a calculator that aims to show just how rich you may be. An American family of four with an annual household income of $100,000, for example, ranks among the richest 3.4 percent of the world's population, according to Ord's research. 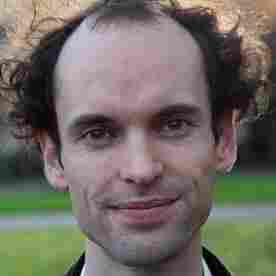 toggle caption
Giving What We Can

"I sat down about seven years ago," Ord told NPR's Melissa Block, "and tried to work out how much I personally could help people through my career." He estimated he could donate about 1 million pounds ($1.6 million) over his life and not have to change his standard of living. And that, he calculated, could help save about 60,000 lives if it went to charities doing good work in some of the world's poorest nations and neediest regions.

As for which charities to direct money to, Ord's website has guidance about that as well. It says it focuses on "the number of lives they save," and not as much as other groups that evaluate effectiveness do on charities' administrative or fundraising costs.

There's much more from his conversation with Melissa on today's broadcast. Click here to find an NPR station that broadcasts or streams the show. Later, we'll add the as-aired version of the conversation to the top of this post.