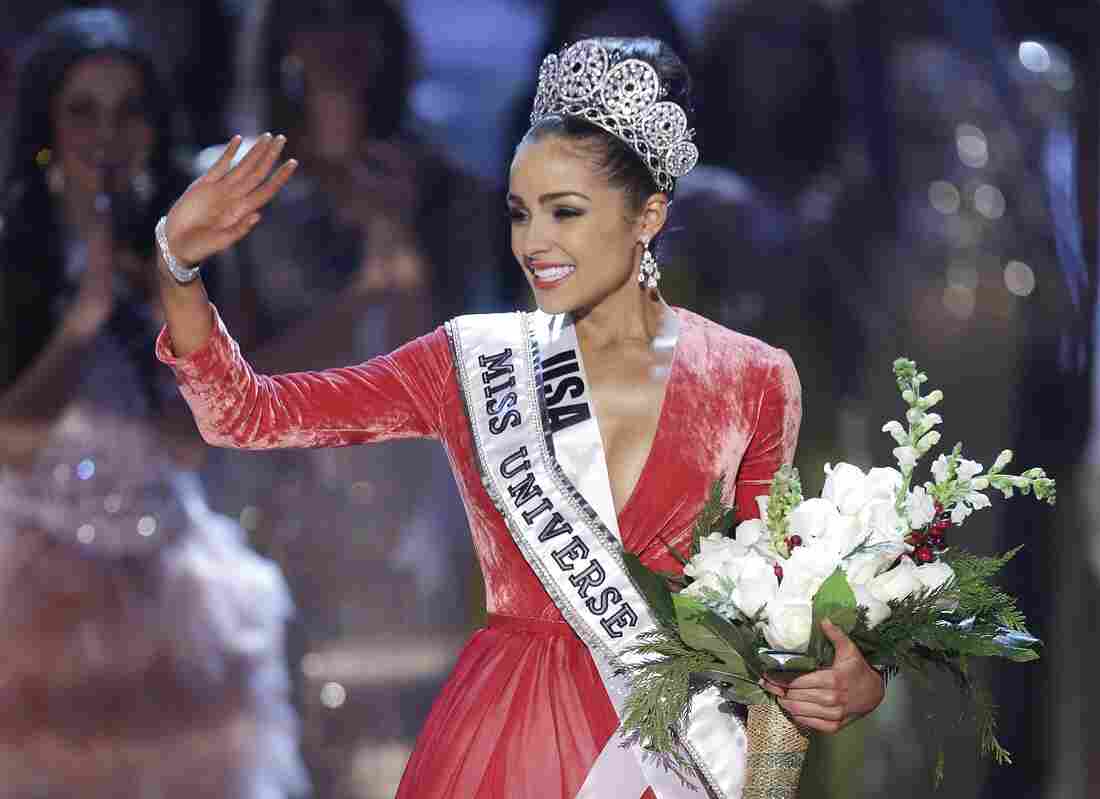 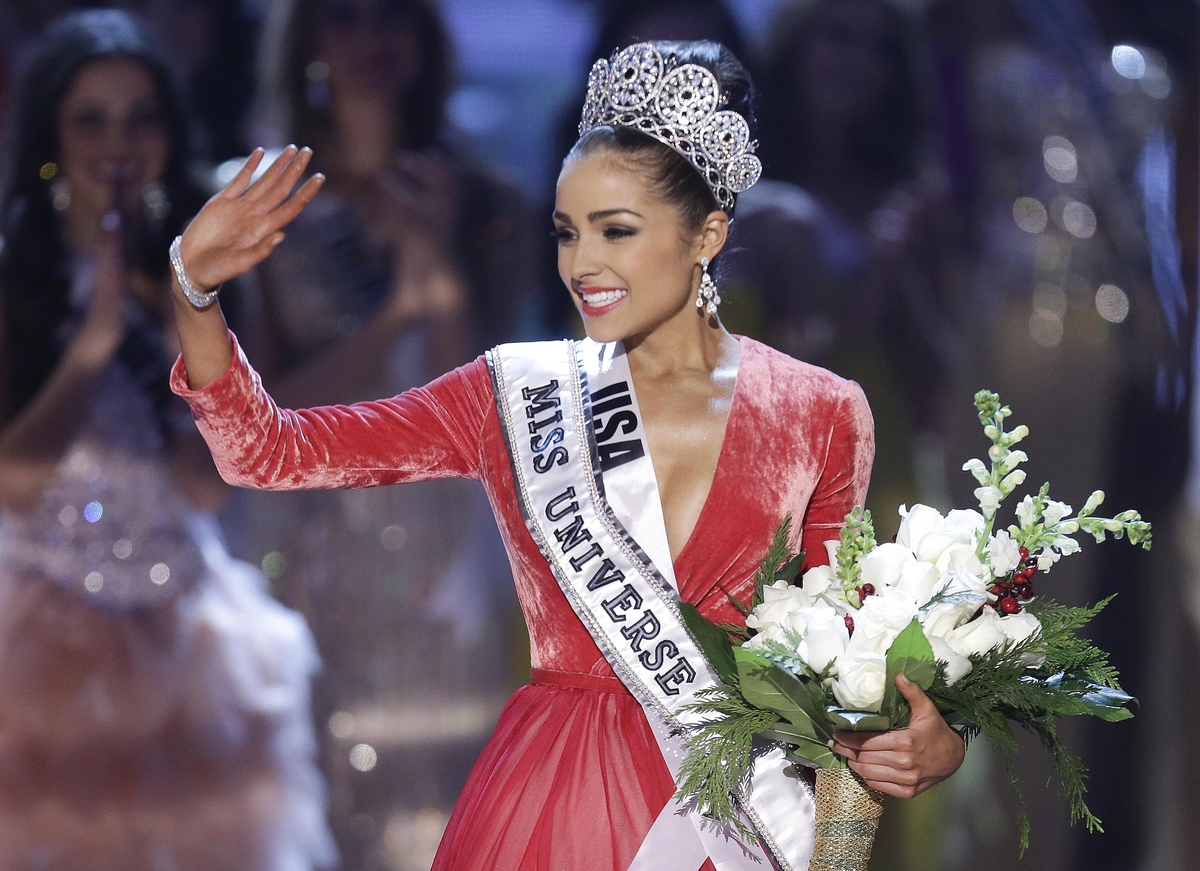 Newly crowned Miss Universe, Olivia Culpo, waves to the crowd after winning the pageant in Las Vegas on Wednesday, December 19, 2012.

In a dazzling Las Vegas pageant with a lot of glitter, sequins and a great deal of skin, Rhode Island college student Olivia Culpo bested 88 other international competitors to win the Miss Universe crown.

Culpo, 20 years old, is an accomplished musician who describes herself as a "cellist nerd". The Boston University sophomore is the first American to win the title since 1997, notes the Associated Press, and she tweeted her delight:

What an honor! This night was a dream come true. Thank you everyone for your support tonight!! USA finally did it! yfrog.com/nvjdkdij

One of her biggest fans, younger brother, Gus, sat in the front row, according to USA Today. He wore his sister's shiny Miss Rhode Island sash. Now that Culpo is giving up the Miss USA title, Miss Maryland, Nana Meriwether, will now become the new Miss USA, notes People Magazine.

Culpo was crowned Miss USA last June, in a pageant mixed with a little controversy. Another contestant, former Miss Pennsylvania Sheena Monnin resigned, claiming the pageant was rigged - and trashy. She claimed she overheard a third contestant describing a pre-arranged list of winner before the pageant started. And she was angry over the pageant's decision to permit transgendered women to compete as contestants.

The Miss USA pageant, owned by businessman Donald Trump, sued her for defamation and yesterday the pageant won the case, reports the New York Post. Monnin's penalty? Five million dollars. The judge found it wasn't possible for the pageant winners to be known ahead of time, and Monnin's statements were "false" and "showed a reckless disregard".

Her original Facebook page with the allegations was taken down; it seems be replaced with a Sheena Monnin Support Page.