Accessibility links
Newtown Shootings Inspire '26 Acts Of Kindness' Campaign : The Two-Way After NBC News' Ann Curry tweeted the idea — to do one act of kindness in memory of each person murdered at Sandy Hook Elementary School — it took off. You can see what others are doing, and share your story, by following #26Acts. 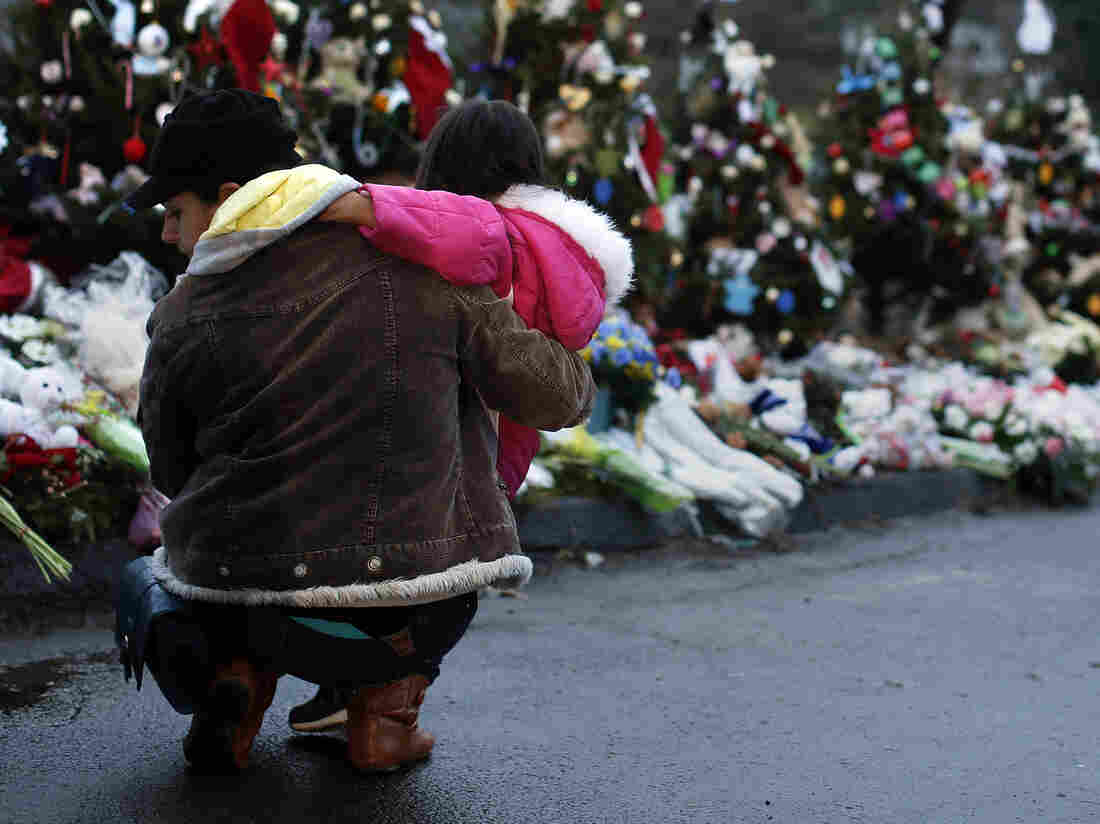 A woman and child earlier this week at a makeshift memorial in Newtown, Conn. Shannon Stapleton /Reuters /Landov hide caption 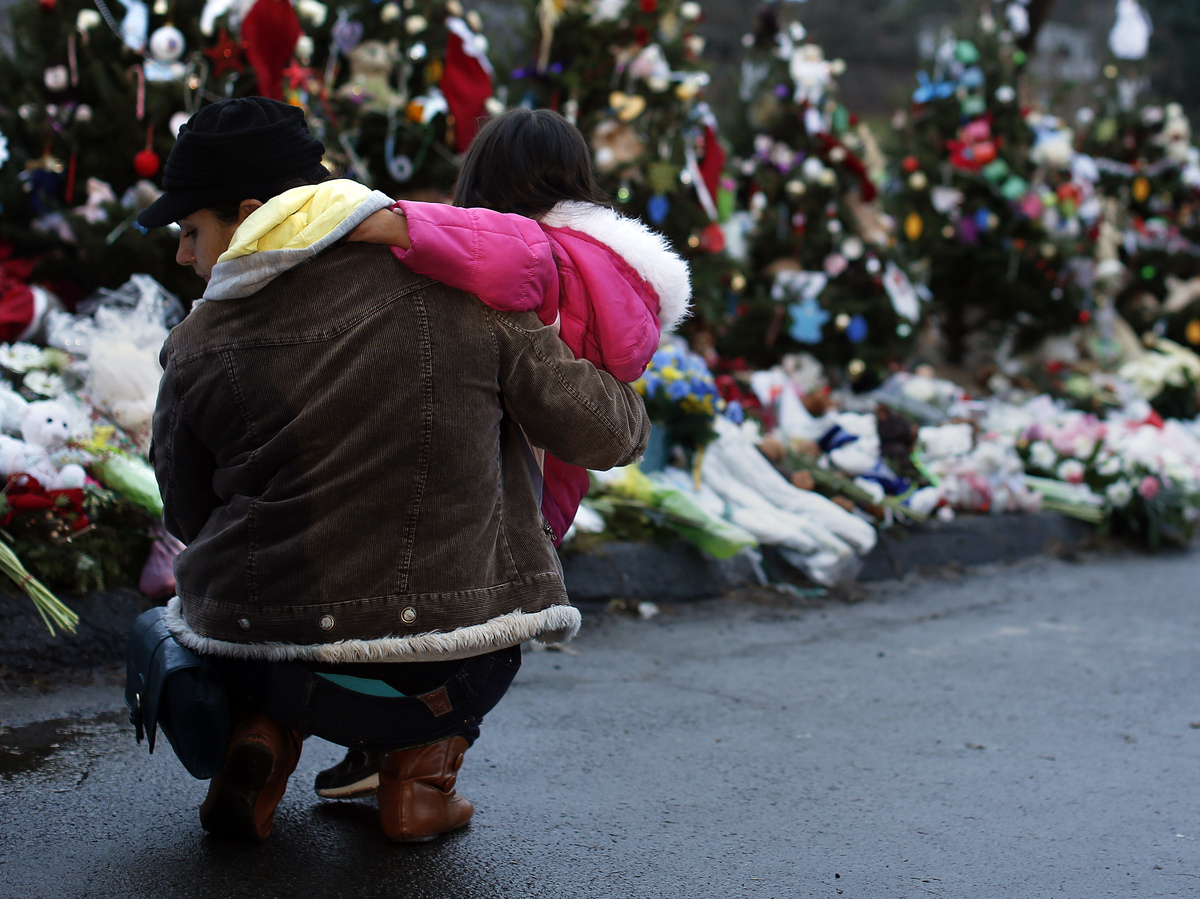 A woman and child earlier this week at a makeshift memorial in Newtown, Conn.

The idea is simple:

Do "26 acts of kindness" — one for each of the 20 children and six adults killed last Friday at Sandy Hook Elementary School in Newtown, Conn. 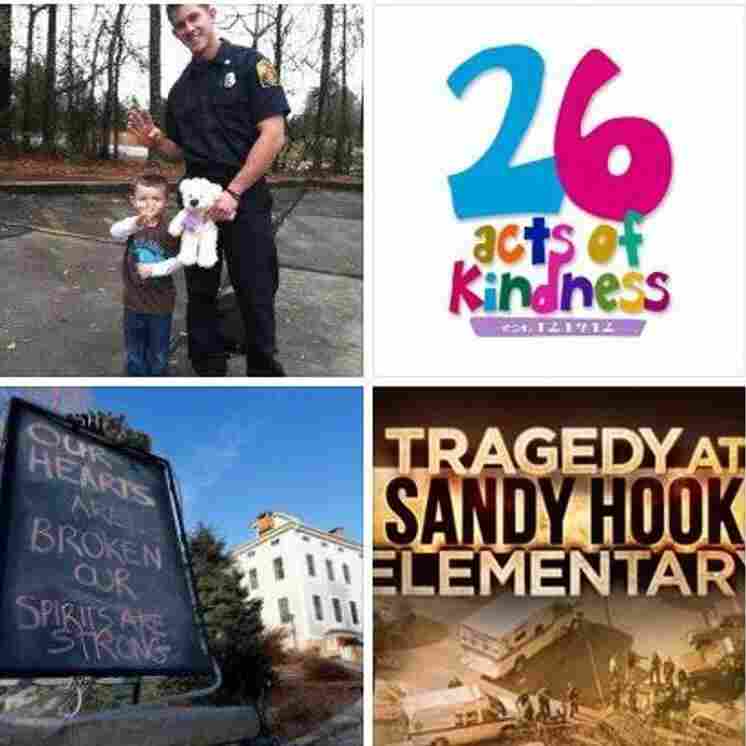 Stories and photos are coming in to the "26 Acts of Kindness" Facebook page. Facebook.com/26acts hide caption 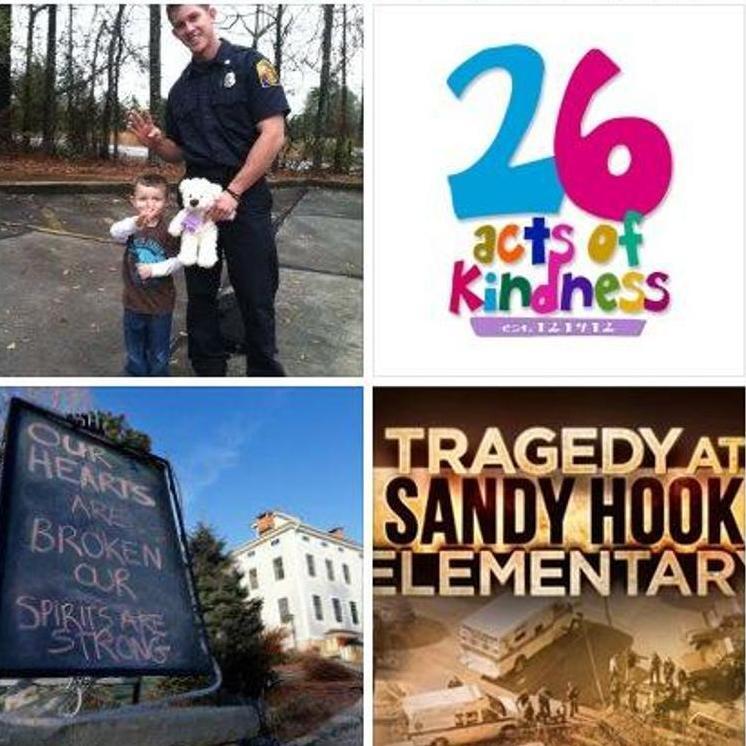 Stories and photos are coming in to the "26 Acts of Kindness" Facebook page.

Since NBC News' Ann Curry tweeted that idea earlier this week, it's taken off. Thousands have tweeted back to her about things they've done.

-- Anonymously leaving money for a co-worker who's struggling.

-- Helping a stranger who's short on cash in the check-out line.

And there are variations on the theme: "20 acts" to focus on the children; "27 acts" to include gunman Adam Lanza's mother, Nancy, who police say he killed before the attack on the school. Curry writes to those who've joined up: "All good. You are in charge of this wave now."

We'd be glad to hear in the comments thread about things you've done.