Accessibility links
Sen. Daniel Inouye Remembered As Quiet Inspiration : The Two-Way President Obama and others remember the Senate's most senior member for his long public service and dedication during a funeral service Friday in Washington, D.C. 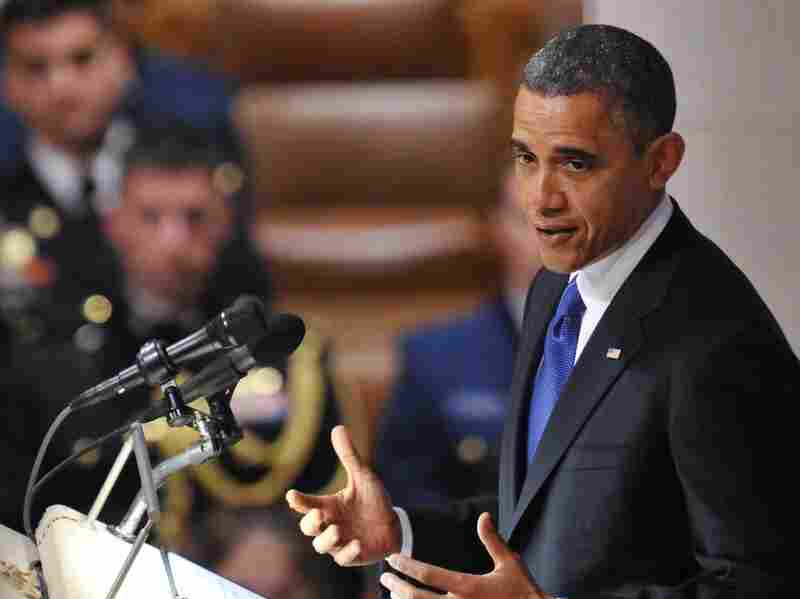 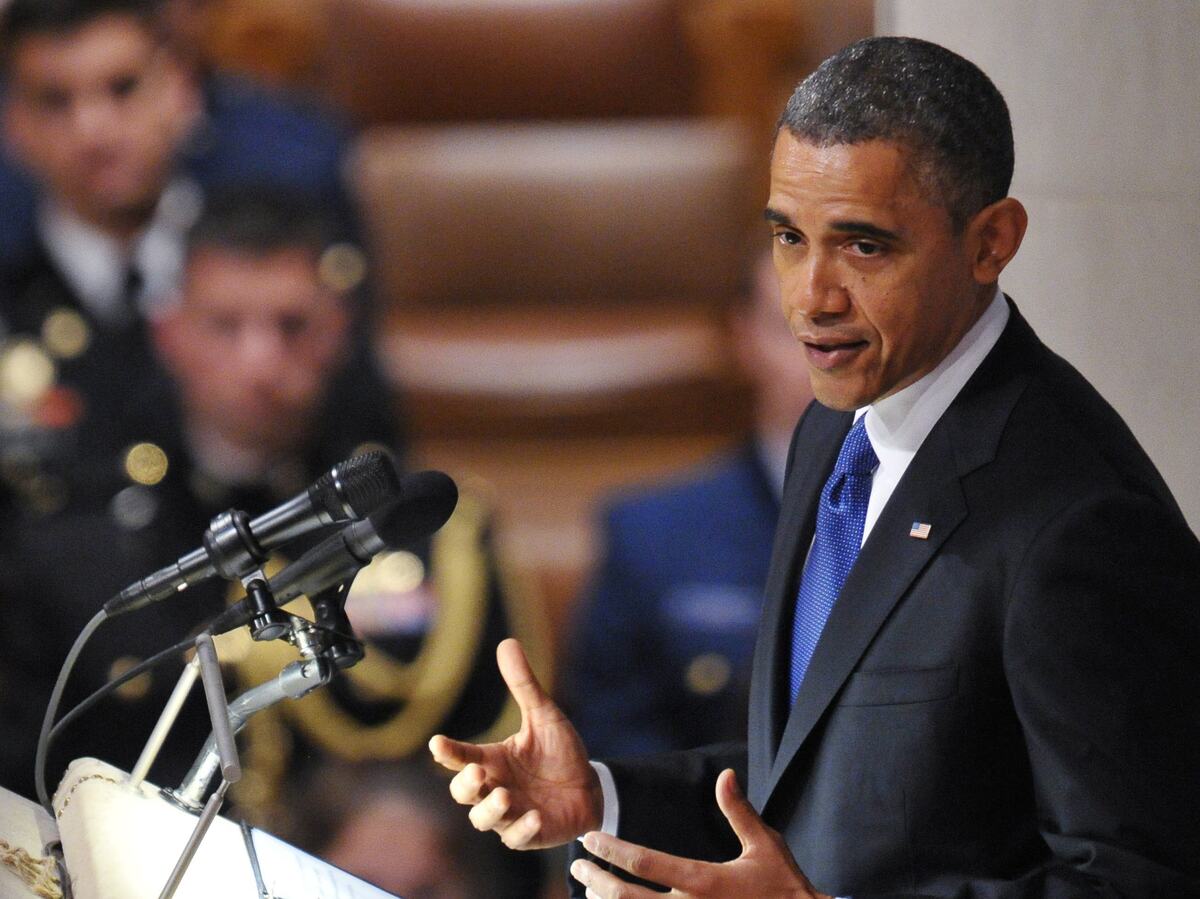 At a service for the late Sen. Daniel K. Inouye at the Washington National Cathedral on Friday, President Obama said if it weren't for the example of the long-serving Hawaii Democrat, he might not have gone into public service.

Inouye "hinted to me what might be possible in my own life," Obama told the crowd, which included Vice President Joe Biden and other friends and former Senate colleagues.

Inouye, who passed away Monday at the age of 88, was the body's most senior member. He was the first congressman to serve the new state of Hawaii beginning in 1959 before moving to the U.S. Senate four years later, where he became the first Japanese-American to serve in both houses of Congress. As a U.S. soldier during World War II, Inouye fought in Italy, where he lost an arm and was later awarded the Medal of Honor for bravery.

Obama said that Inouye asked only to remembered as someone who had represented his constituents honestly and to the best of his ability.

He "embodied the spirit of aloha," the president said.

"May God grant us more souls like him," he said.

Earlier, House Speaker John Boehner praised Inouye for "all the good" that he did in Washington.

"Helping to build a new state, gaining rights and benefits for veterans, supporting agriculture, speaking out against injustice, becoming one of the most revered senators in our history," Boehner said.

Inouye's body laid in state at the Capitol rotunda Thursday and will be flown home to Hawaii for a final service before being interred at the National Memorial Cemetery of the Pacific on Sunday.