Accessibility links
Obama On Fiscal Cliff Talks: 'I Actually Still Think We Can Get It Done' : The Two-Way In a news conference Friday, the president said both parties would have to work together in the next 10 days to prevent a tax hike on middle-class Americans.

Obama On Fiscal Cliff Talks: 'I Actually Still Think We Can Get It Done'

Obama On Fiscal Cliff Talks: 'I Actually Still Think We Can Get It Done' 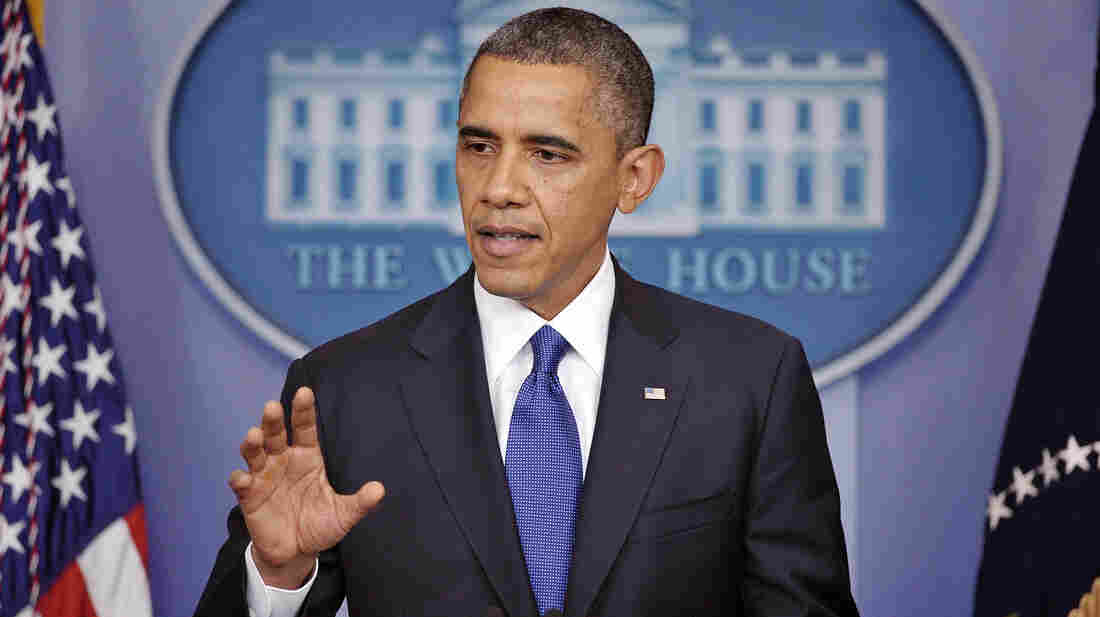 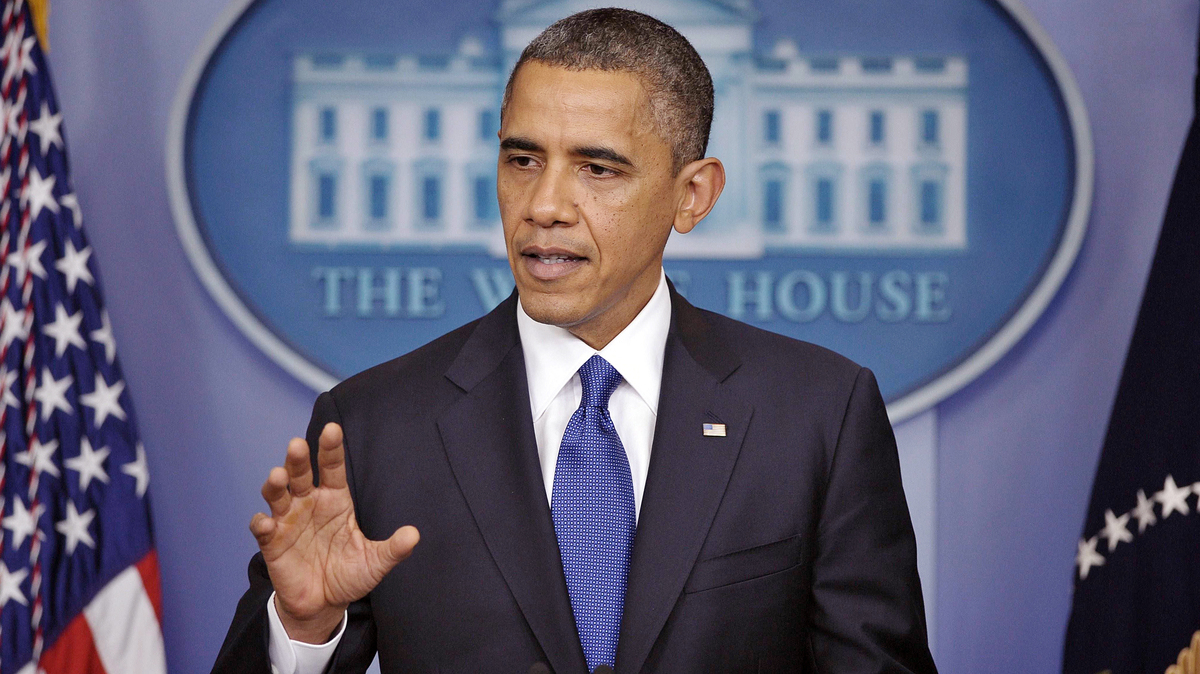 In a news conference Friday, President Obama said there were still things the parties could agree on about the automatic tax-rate increases and spending cuts at the end of the year. But he said parties would have to work together to get a plan approved in the next 10 days.

"Call me a hopeless optimist, but I actually still think we can get it done," he said, after meeting with Senate Democratic leader Harry Reid and speaking to Republican House Speaker John Boehner.

"In the next few days, I've asked leaders of Congress to work toward a package that prevents a tax hike on middle-class Americans, protects unemployment insurance for 2 million Americans and lays the groundwork for further work on both growth and deficit reduction. That's an achievable goal. That can get done in 10 days."

The president said all were in agreement that tax rates should not rise on all Americans, including middle-class families and small businesses, which would happen if the Bush-era tax cuts were not extended for anyone.

He said he hoped members of Congress would take time over the holiday break to think about the "obligations" they have to their constituents and come back to Washington ready to work.

"We move forward together, or we don't move forward at all," he said, also noting that "nobody gets 100 percent of what they want."

Boehner's attempt to address the tax portion of the fiscal cliff fell short Thursday in what was widely viewed as a blow to his leadership. His "Plan B" bill was pulled from the floor because there wasn't enough Republican support to pass it — even after being paired with a House bill that protected the defense budget by calling for other cuts. The measure would have raised taxes on income above $1 million a year.